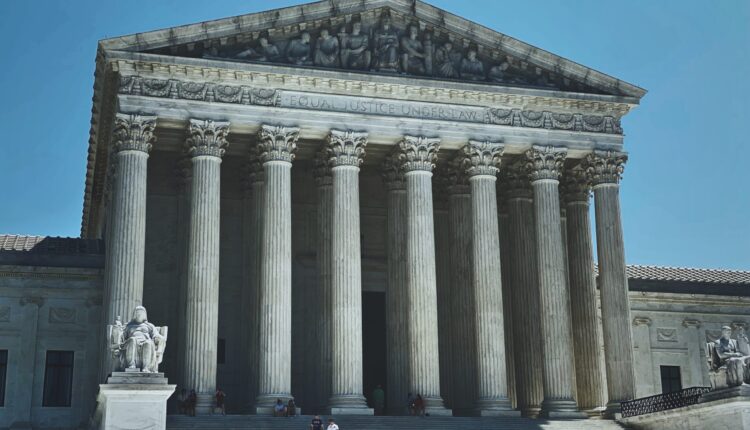 WASHINGTON — The U.S. Supreme Court on Thursday struck down a New York law that made it illegal to carry a firearm in public without showing a special need for protection.

The court ruled that the state’s concealed carry law violates the 14th Amendment of the Constitution — a major decision that expands the Second Amendment right to keep and bear arms. The opinion came at the same time Congress is considering new gun control legislation following two deadly mass shootings.

In a 6-3 decision in New York State Rifle & Pistol Assoc. v. Bruen,  Supreme Court Justice Clarence Thomas wrote that the court found that New York’s law requiring gun owners to demonstrate a need for self-defense in order to carry a firearm “is demanding.”

“[T]he Second and Fourteenth Amendments protect an individual’s right to carry a handgun for self-defense outside the home,” Thomas wrote.

The decision has the potential to make similar concealed carry laws unconstitutional in some states. They include California, Delaware, Hawaii, Maryland, Massachusetts, New Jersey, Connecticut and Rhode Island.

The liberal wing of the court, Justices Stephen Breyer, Sonia Sotomayor and Elena Kagan, dissented in the opinion, with Breyer writing the dissent.

“The question before us concerns the extent to which the Second Amendment prevents democratically elected officials from enacting laws to address the serious problem of gun violence,” he wrote.

President Joe Biden said in a statement that he was disappointed with the Supreme Court’s decision, and that “we must do more as a society — not less — to protect our fellow Americans.”

“I urge states to continue to enact and enforce commonsense laws to make their citizens and communities safer from gun violence,” Biden said. “For centuries, states have regulated who may purchase or possess weapons, the types of weapons they may use, and the places they may carry those weapons.”

The decision came as the Senate is moving to pass bipartisan gun control legislation by the end of this week. Some provisions would provide funding for states to enact their own red flag laws, which allow the courts to temporarily remove a firearm from an individual who poses a threat to themselves or others.

Breyer argued that states might enact different firearm laws based on their makeup. For example, a state like New York, where more than 8 million people live in the city, would have different laws than Montana or Wyoming, “which do not contain any city remotely comparable in terms of population or density,” Breyer said.

“I fear that the Court’s interpretation ignores these significant dangers and leaves States without the ability to address them,” Breyer wrote.

New York City Mayor Eric Adams said in a statement that the ruling will “put New Yorkers at further risk of gun violence.”

“We will work together to mitigate the risks this decision will create once it is implemented, as we cannot allow New York to become the Wild West,” Adams said.

Family members of 86-year-old Ruth Whitfield who was killed during a mass shooting at Tops market listen as attorney Benjamin Crump speaks during a press conference on May 16, 2022 in Buffalo, New York. A gunman opened fire at the store on Saturday killing ten people and wounding another three. The attack was believed to be motivated by racial hatred. | Scott Olson/Getty Images

In Buffalo, a white supremacist targeted a grocery store in a predominantly Black neighborhood and murdered 10 Black people. In Uvalde, a gunman targeted an elementary school and killed 19 children and two teachers.

“I fear that history will be an especially inadequate tool when it comes to modern cases presenting modern problems,” Breyer wrote.

But Supreme Court Justice Samuel Alito questioned Breyer’s reasoning for bringing up the recent mass shootings in Buffalo and Uvalde.

“And how does the dissent account for the fact that one of the mass shootings near the top of its list took place in Buffalo?” Alito wrote. “The New York law at issue in this case obviously did not stop that perpetrator.”

Most states broadly grant requests to carry guns outside the home.

Missouri Attorney General Eric Schmitt said his state and Arizona led the way in filing the brief. “This is a huge win for those seeking firearms licenses for self-defense and the preservation of the Second Amendment as a whole,” Schmitt said in a statement.

The two men who brought the case were granted a restrictive license that allowed them to carry their firearms for the purpose of hunting and target shooting.

The licensing officer heard their petition and allowed them to carry their firearms for outdoor activities such as camping, fishing and hiking, and allowed Koch to travel with his firearm to and from work. The licensing officer determined that Koch and Nash were prohibited from carrying a concealed weapon in areas “typically open and frequented by the general public.”

Wayne LaPierre, the executive vice president of the National Rifle Association, said in a statement that the decision is a “watershed win for good men and women all across America and is the result of a decades-long fight the NRA has led.”

In November of last year, conservative justices on the Supreme Court expressed skepticism during oral arguments about New York’s strict limits on carrying a gun outside the home.

“Carrying a firearm outside the home is a fundamental, constitutional right,” attorney Paul Clement, arguing against the New York law, said in his opening presentation to the court

In reaction on Thursday, gun safety organizations, such as Everytown for Gun Safety, contended that many Americans are in favor of gun control laws.

“Today’s ruling is out of step with the bipartisan majority in Congress that is on the verge of passing significant gun safety legislation, and out of touch with the overwhelming majority of Americans who support gun safety measures,” John Feinblatt, president of Everytown, said in a statement.

“Let’s be clear: the Supreme Court got this decision wrong, choosing to put our communities in even greater danger with gun violence on the rise across the country.”

For Battle Creek, cereal is ‘in our DNA.’ But the city is changing. ⋆