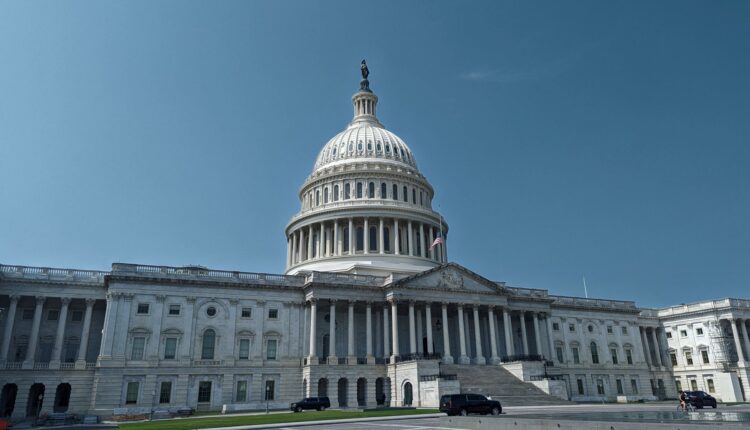 A bipartisan group of U.S. lawmakers re-introduced legislation Thursday to provide more resources for tribal law enforcement, an issue they say has become more urgent as Congress begins to consider how to respond to a July Supreme Court case that complicated state-tribal criminal jurisdiction.

The bill, introduced in the House by U.S. Rep. Ruben Gallego of Arizona and in the Senate by Sen. Catherine Cortez Masto of Nevada, both Democrats, seeks to improve data sharing between tribes and state and federal authorities.

It would also allow the federal Bureau of Indian Affairs to conduct background checks on tribal police applicants and establish grant programs to coordinate efforts on missing and murdered persons cases.

The bulk of the bill was introduced in 2019, but its supporters say the issue is now more important after the U.S. Supreme Court’s ruling in the Oklahoma v. Castro-Huerta case this summer.

That ruling held that states had concurrent jurisdiction with tribes and the federal government to prosecute non-Native American people accused of committing crimes on tribal lands, an expansion of state authority some saw as coming at the expense of tribal sovereignty.

Under tribes’ nation-to-nation arrangements with the federal government, states did not have the authority to prosecute alleged crimes on tribal lands.

The expansion of state authority came at the expense of tribal power, critics of the ruling have said.

“Ultimately, the court’s decision restricts the ability of tribal nations to seek self-sufficiency and build strong governments,” Teri Gobin, the chair of the Tulalip Tribes in Washington State, testified. “And it disregards the connection between sovereignty and safety.”

Gallego called the decision “yet another blow to tribal sovereignty.”

Others, though, have argued adding another layer of law enforcement could only bolster public safety.

“State prosecution would supplement federal authority, not supplant federal authority,” Mithun Mansinghani, who represented the winning side in the Castro-Huerta case as Oklahoma’s solicitor general, said at the hearing. “The state being forced to turn a blind eye when non-Indians abuse Indians doesn’t serve anyone’s interest—not state interests, not federal interests and not tribal interests.”

Leger Fernandez, the chairwoman of the House Subcommittee on Indigenous Peoples, said the goal of the hearing was only to begin a conversation about the decision’s impact, not to endorse “any particular solution.”

The bill introduced Thursday would not address the constitutional issues raised by the Supreme Court decision. Former U.S. Sen. Tom Udall and former Rep. Deb Haaland, both New Mexico Democrats, introduced a similar version in 2019, before the case even reached the court.

Most problems the bill addresses are longstanding, Cortez Masto said.

“For too long, Indian Country has experienced barriers to justice because law enforcement agencies don’t have what they need,” she said in a statement. “That’s unacceptable, and this bill will help support law enforcement and make sure that crimes can be prosecuted and offenders brought to justice.”

As tribal agencies deal with a perceived attack on their sovereignty, they need more federal resources that the bill could provide, Gallego said.

“The federal government has for years failed to provide Indian Country the resources needed to ensure public safety and support Tribal law enforcement agencies,” he said in a statement. “In the aftermath of the Oklahoma v. Castro-Huerta decision, finding solutions that support Tribal justice systems is more important than ever.”

Tribal law enforcement agencies can struggle to hire and retain sufficient staff, Gallego said at the Tuesday hearing. The bill would allow the BIA to conduct background checks on applicants to speed hiring. And in an effort at retaining officers, it would direct federal agencies to ensure that tribal law enforcement officers have access to counseling.

It would also require a GAO report to identify staffing needs and propose how the Justice Department could meet them. And it would require an Interior Department study on staffing and infrastructure needs.

It would also authorize a five-year DOJ grant program to create statewide or regional centers to track missing persons cases.

The bill comes one day after the Justice Department announced it would provide nearly $250 million in grants for tribal law enforcement and justice.