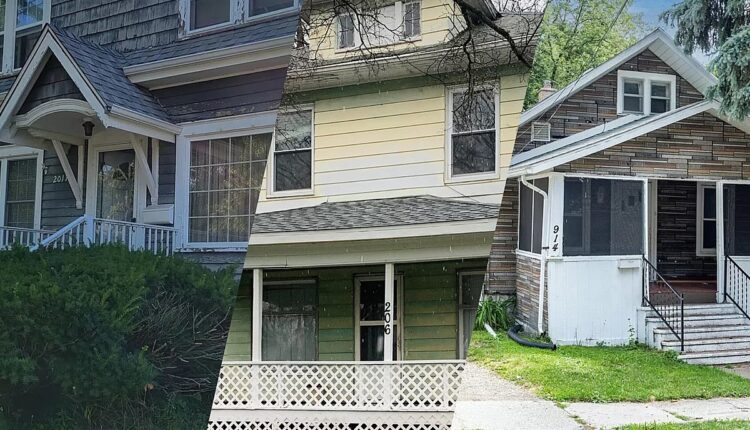 The 10 Least Expensive Houses For Sale in Lansing

The housing market has been absolutely bonkers going on for a couple of years now. Whether it’s because people are offering thousands of dollars over the asking price, offering all cash, or because there has been extremely low availability of houses in general, there’s been a lot to deal with.

Even if you don’t have a ton of cash on hand or you’re working with a lower budget, it doesn’t mean that there isn’t a house for you. It’s just that sometimes less expensive homes require a bit more TLC than others.

If you are handy and have some DIY and/or home repair knowledge, a fixer-upper could be right up your alley. You get the chance to save money by doing the repairs yourself, and you get the chance to truly make it your own space. However, if home repair isn’t really your thing, you could be looking for something a bit more move-in-ready. And if that’s the case, something a bit smaller could work perfectly within your budget.

I did some searching on Zillow to see what kind of cheaper homes were for sale in Lansing, and I was very happy to see so many cute ones. Don’t get me wrong, there are a couple on the list that definitely have some repairs that need to be addressed, but there are more than a few that are perfect as is. Take a look through the list below, and see if one of these houses is just calling your name.

The 10 Least Expensive Houses For Sale in Lansing

If you want to buy a home but are having a hard time in the current housing market, maybe this will help. Whether you’re working with a smaller budget or perhaps have some DIY knowledge, one of these homes could be perfect for you. Check out the 10 least expensive homes for sale in Lansing right now.

The blighted home on the north side of Little Caesars Arena, infamous for its dilapidation and for its owners setting its asking price as high as $5 million when the Ilitchs tried purchasing it, has burned to the ground.

The house, located in the 2700 block of Cass Avenue, was considered an eyesore amid what is supposed to be a revitalized area of ​​the city. As part of the agreement with the state of Michigan that gave them $400 million in taxpayer funds to use toward the construction of Little Caesars Arena, the Ilitchs promised to develop the surrounding 50 blocks into a 686-apartment neighborhood rife with shops, restaurants, and bars called The District Detroit. The Ilitchs said virtually all of the construction would be at least in progress by the end of 2018. As of 2022, practically no progress had been made on the development.

With that in mind, we’ve come up with a few ideas as to what could replace the Little Caesars holdout house in the 2700 block of Cass Avenue.

The Remains of Deserted Houses on Apple Island