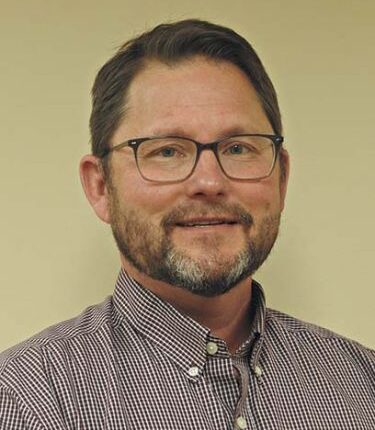 HOUGHTON — Since attending city council meetings for a merit badge during his Boy Scout days, Michael Salmi has had an interest in civics.

“Certainly, with the big decisions that have happened in the last few years, as a taxpayer and a citizen of the city of Houghton, I just thought it’d be part of my civic duty to volunteer my time and talents and attend some meetings and start to get familiar with the structure of the city council and what happens at city meetings.”

Michael Salmi, along with Robyn Johnson and Craig Waddell, is one of three candidates for the Houghton City Council position on the May 3 ballot. (Interviews with Johnson and Waddell will run later this week.)

Salmi, a certified registered nurse anesthetist at UP Health System – Portage, has lived in the city for 14 years. He graduated from Gladstone High School and the University of Miami before being commissioned as a second lieutenant in the US Army. After a three-year stint, including deployment to Bosnia, he earned his master’s degree in anesthesiology. He returned to active service for five more years, including deployments to Kosovo, Uzbekistan and Iraq.

He and his wife, an Army nurse, moved back to the area in 2004. They have four children.

Other community service in a variety of community roles, including being a Mont Ripley ski patroller, soccer and baseball coach, and an elder at Sts. Peter and Paul Church.

Salmi also applied for the vacant council seat in November, when council members deadlocked on an appointment. While getting petition signatures this year, Salmi mainly heard about one issue: the Lakeshore Drive parking deck.

Last year, the city council voted to begin the process of tearing down the aging deck, as well as beginning planning for whatever will replace it. The council will have the final say on whether the city-owned property is sold to another party. Asked how he would evaluate a potential sale, Salmi said he would like to see the taxpayers face no burden.

“When (Marquette developer) Veridea was going to come in, that seemed like a good idea for every taxpayer, not to have to put something on a millage, not to have to get bonds that we might have to pay over decades,” he said.

Salmi agreed with the general consensus from citizen meetings held last year on what should go in: mixed residential, commercial and green space. He said he would let the free market decide what kind of commercial space would go in, though he said “we probably don’t need a shopping mall down there.”

“Certainly property has a taxable base to it,” he said. “So if there’s residential or commercial going in there, the city, selling real estate, will get some money. And it’s kind of lifeblood to keep that coming in, especially if you build something that’s tasteful for citizens and tourists, and ultimately friendly spaces for operating a business out of our condos or apartments.”

The green space is also crucial to the area, Salmi said. He recalled a conversation with a visitor from Traverse City who, after seeing the waterfront between Kestner Park and Super-8, said Traverse City could learn a lot from Houghton.

Covered parking should also remain part of the downtown, Salmi said. He had liked the 270-spot parking structure included in Veridea’s plan.

As a way to improve parking on Shelden Avenue, Salmi suggested businesses designate spaces for loading, which would allow for curbside pickup.

As for other priorities, Salmi suggested adding more basketball courts in town, and fixing potholes along the waterfront trail.

Salmi said he had supported the rezoning of R-1 property along Houghton Avenue to R-3 to allow for denser development.

“There’s probably concern that that’s going to spread out further,” he said. “These plans (are) for the council to decide in conjunction with the property owners around that area. But I would suspect that Michigan Tech students will be happier to have more housing options available to them.”

In the case of the Houghton Avenue rezoning, Salmi said residents around that area would also benefit by the property owner’s plans to develop more parking in the alley behind the houses, which would move cars off the street.

If elected, Salmi would like to function as a bridge on the council.

“I like to think, with experience in life, that I don’t dig my heels in on very many things,” he said. “I mean, I know what I believe. But I feel like I can listen. And I have been persuaded to ideas that I hadn’t always held near and dear to me, just by listening.”

Salmi said voters should consider him because of his objectivity and openness to change.

“Who knows what big decisions are going to come down the pipeline next, but I do know if we’re running away from them or staying stuck in the past, that maybe decreases people’s interest in wanting to call Houghton home,” he said.