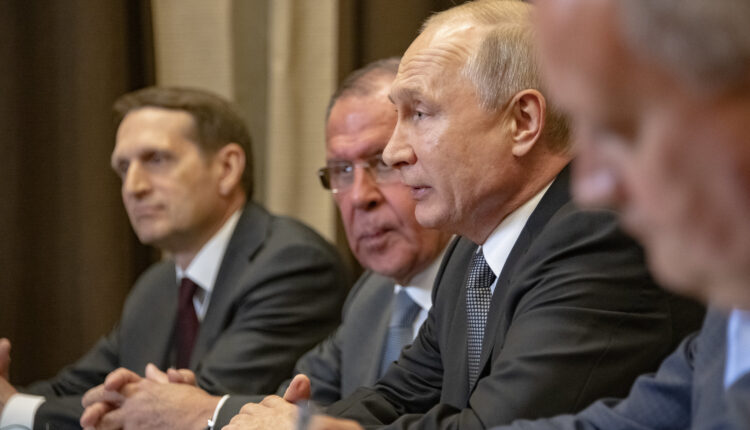 WASHINGTON — Hundreds of members of Congress are permanently banned from visiting Russia, in retaliation for passing economic sanctions on the country after it invaded Ukraine in late February.

The list includes nearly 1,000 Americans, including President Joe Biden and Vice President Kamala Harris, along with celebrities such as actor Morgan Freeman, executives such as Microsoft President Brad Smith and government leaders such as Transportation Secretary Pete Buttigieg.

“We emphasize that the hostile actions taken by Washington, which boomerang against the United States itself, will continue to receive a proper rebuff,” the Russian Foreign Ministry said in a statement. “Russian counter-sanctions are forced and aimed at forcing the ruling American regime, which is trying to impose a neo-colonial ‘rules-based world order’ on the rest of the world, to change its behavior, recognizing new geopolitical realities.”

Congress cleared $40 billion in aid to Ukraine earlier this month, the second multi-billion-dollar package since the beginning of the war in late February.

Of the 963 people banned, more than 230 are Republican and Democratic members of Congress. Top congressional leaders also made the list, such as House Speaker Nancy Pelosi of California, Senate Majority Leader Chuck Schumer of New York and House Majority Whip Steny Hoyer of Maryland.

Here are those on the list in the 27 other States Newsroom states: