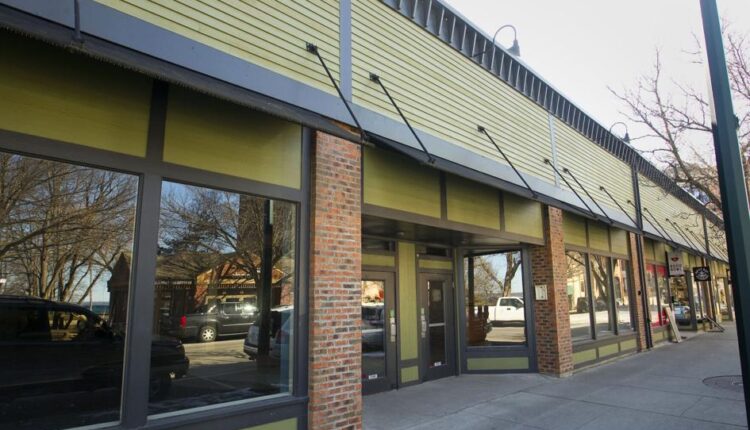 TRAVERSE CITY – When one valve closes, another opens.

The legendary motorcycle brand Harley-Davidson ended a longstanding collaboration with Traverse City at the beginning of this year.

But those with a pig will soon have another source for HD apparel, parts, and accessories.

Michael Zipser, the director of Zip’s 45th Parallel Harley-Davidson since it opened in 2001 at 980 S. Wisconsin Ave. in Gaylord, Spips Harley-Davidson will bring Traverse City to 330 E. Front St. in the coming months.

“We’re really excited to come to Traverse City,” said Zipser, who has had a lawyer / CPA office in the city since 1970.

While the new location will not be a Harley-Davidson dealer, Zipser plans to use an indoor loading ramp in the back of the building as a drop-off / pick-up for motorcycles that will be handed over to Gaylord for repair “during” the riding season. “

“You are only allowed to sell motorcycles in the Gaylord dealership,” said Zipser. “You can only have one dealer in the area.”

With the end of the relationship between Harley and Classic Motorsport, the Northern Chapter of HOG (Harley Owners Group) had to break up. Every HOG chapter must have a dealer sponsor, so the group had to go with Zips in Gaylord or Holeshot Harley-Davidson in Mount Pleasant.

Carl Archambeau of Traverse City, director of HOG’s Northern Chapter through December, said membership will vote on the first Thursday in April when the dealership will sponsor the Harley-Davidson riding enthusiasts.

Whether the group votes for Gaylord or Mount Pleasant, a Traverse City store is a good thing for the Chapter.

“This is a great thing,” said Archambeau, a member of the HOG Northern Chapter for 20 years. “It will be good for our motorcycle group if we go this way. He picks up motorbikes, sends them to Gaylord, repairs them and brings them back to this area for free. “

The relationship between Classic Motorsport, 3939 S. Blue Star Drive, and the Milwaukee-based motorcycle company ended on March 1st. Don Pishney, who owns Classic with his wife, Nancy, said it was a mutual decision.

“Most of the territory that Don had as a classic went to us,” said Zipser.

It seemed like a natural choice for the motorcycle company founded in 1903.

Zipser also operates Zip’s Harley-Davidson Mackinaw City. The Mackinaw City Store at 314 E. Central Ave. is open six months a year and specializes in clothing from the motorcycle company. Zipser said he opened the store in Mackinaw City a few years after the Gaylord dealer.

Zipser said the Traverse City Store will have a wider selection of HD parts and accessories. The plan is for the TC store to be open seven days a week all year round.

“Traverse City will have a wide variety of P&A,” Zipser said. “We’re not just a tourist business. We operate it as a local parts warehouse for this area. “

Zip’s Traverse City Harley-Davidson has signed a lease for half of the building that housed Yen Yoga and Fitness. Zipser said of the 3,200 it will operate, approximately 2,400 square feet will be retail space.

The remaining space is used for storage and drop-off / pick-up.

According to Zipser, the TC business will employ between five and eight people, depending on whether they are full-time or part-time. Zipser said the staff at Gaylord will train before the Traverse City store opens in May.

“The goal is to beat Memorial Day,” said Zipser, who owns nine Arby’s franchises in the area. “The biggest problem I think we can solve is store fixtures.”

There will be large photos of motorcyclists on the front of the store.

“It will be dramatic,” said Zipser. “There will be a lot of huge pictures. It is going to be great. “

Zipser said Traverse City in particular, and Northern Michigan in general, is a prime location for Harley-Davidson motorcycles and looks forward to bringing a brand-dedicated store to the largest city in the area.

“We have an incredible riding area,” said Zipser.

Realtor Dan Stiebel, associate broker at Coldwell Banker Commercial, is the manager of Sunny Oak Holdings, LLC, which owns the building. Stiebel said the Harley-Davidson name speaks for itself and is probably the most tattooed company logo of all time.

“It’s great to have a world-famous brand like Harley-Davidson in downtown Traverse City,” said Stiebel. “It will be a good place.”

“I think the store will be a huge asset for any motorcycle fan in town,” said Archambeau.