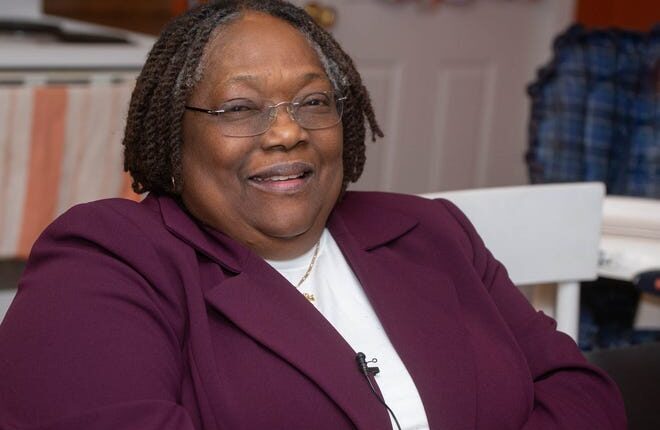 Remembering life, legacy of those who died in Greater Lansing

Some in Greater Lansing mourned the loss of loved ones in the past year.

Their impacts are felt far and wide throughout Greater Lansing as they helped people experience joy, selflessness and love for their neighbors.

Before they died, they achieved feats like beating various illnesses, celebrating the arts and earning athletic accolades.

Here’s a list of some who died this year.

Joan Jackson Johnson, known by many as “Triple J,” passed away at 73 on Jan. 29. She focused on feeding and helping people in need during her 15-year employment at the City of Lansing.

Born in Jacksonville, Florida, and raised farther south in Tampa, Jackson Johnson moved to Michigan in 1970 to study rehabilitation counseling and psychology at Michigan State University where she met her husband, Vernon. They raised five children.

More:Joan Jackson Johnson, advocate for Lansing’s most vulnerable, dead at 73

“God spared my life of cancer, and I just felt that I was called to do something more than a cushy private practice,” she told the State Journal in 2017. “I saw quite a few people who couldn’t afford to pay, but I saw people who could and had a decent life.”

Barbara Roberts Mason worked with Jackson Johnson for years and said she worked in the community after her 2020 retirement.

“She’s truly going to be missed,” Roberts Mason said. “The homeless are going to miss her because even after she retired from the city, she continued on her own to give her time and her money and her effort to work with them.”

Award-winning actor William Hurt, 71, passed away on March 13 at his Portland, Oregon, home of natural causes. He was born on March 20, 1950, in Washington, DC, and survived by four children

Hurt won an Oscar for his role in “Kiss of the Spider Woman” and was nominated for roles in the drama “Children of a Lesser God” and as a TV anchor in “Broadcast News.” His recent work included playing the Hulk’s nemesis Thaddeus “Thunderbolt” Ross in Marvel Studios’ “Incredible Hulk,” “Captain America: Civil War,” “Avengers: Infinity War,” “Avengers: Endgame” and “Black Widow.”

More:How William Hurt got his start on $35 a week in Lansing, Grand Ledge playhouses

According to State Journal archives, Hurt performed at the Ledges Playhouse in Grand Ledge, now known as BoarsHead Theater in Lansing, in the summers of 1969 and 1972.

Antonio “Tony” Benavides passed away at 84 on April 10 following a battle with an illness. He’s revered as Lansing’s first Latino mayor after voters elected him to fill an open mayoral seat left by David Hollister until 2005.

More:Former Lansing Mayor Tony Benavides, dead at 84, remembered for those he helped

Before becoming mayor, Benavides served on Lansing City Council from 1981 to 2003 and led the Cristo Rey Community Center as an executive director for 33 years. Benavides prioritized making the city’s neighborhoods stronger.

“He finds ways to do what’s necessary to get things done,” longtime friend Nino Rodriguez said. “He always wanted to see how he can help others. His vision on equity, equality and diversity, he practiced that during his life and was always organizing the groups to get what’s best for our city.”

Roger Dershem, a US Army Vietnam veteran and restaurant owner, died on May 25 at 76. People in St. Johns knew Dershem as an all-around community guy.

“He was tough as a boiled owl and soft as a lamb,” said Brent Hurst, whose chocolate business sat next door to Dershey’s Cafe on Higham Street, the diner Dershem and his wife, Mary, began operating in 1997.

A 100-plus car caravan saluted Dershem the day before he died from cancer.

More:For decades, Roger Dershem got things done in St Johns. The city will try to go on without him

“He’s got a legacy that will live on because of all those lives that he’s touched,” his daughter Dianne Smith said.

A lover of music and the arts, Brandon Navin passed away at 50 on June 25. His mother Julie Gloden told the State Journal that Navin tried to “lift people and guide them.”

People flooded Navin’s social media with grief and memories after word of his death passed around.

Navin created the Artist’s Umbrella in 2019 to give artists of various backgrounds and abilities a platform for their works.

“He was just such a fire of light,” Rita Vogel said. “He was inspiring, he was your best rally person, your best hype man. He passionately understood people’s dreams, said let’s do it, let’s facilitate it and make it happen.”

Tyler Blakslee, 44, suddenly passed away on July 23 in Grand Rapids after a gust of wind blew open a steel door that trapped him in between the door and bar.

His father Jerry Blakslee said about his son, “He was a son, he was a brother, he was an uncle, a friend, a teacher, a mentor, a writer, a scholar, a musician, an outdoorsman and a bartender. He what all of those things and more.”

A Lansing native, Tyler graduated from Sexton High School and earned his teaching degree from Michigan State University. He returned to the Lansing School District as an English and film teacher at Lansing Eastern High School and worked there for 15 years before leaving in 2020.

“He really brought a different perspective of how to read a book and how to analyze a book and stuff like that,” former student Jose Gallo said. “His was one of my favorite classes.”

Chris “Papa Bear” Chirio passed away at 66 on Sept. 15. Many in Lansing knew him for his passion for entertainment and his colorful attire. He made his final karaoke performance just days before his passing.

His daughter Allyson Chirio said he earned the nickname Papa Bear as he always offered people a laugh or hug when they needed it. Mourners were encouraged to honor Chris’ personality by attending a funeral dressed in his style.

“Chris despised formality and stuffiness and would really be ticked off if you showed up in a suit,” the obituary read. “Dress comfortably. The family encourages you to don the most colourful/inappropriate T-Shirt that you are comfortable being seen in public with as Chris often did.”

Michael McFadden, known for his iconic voice and dedication to Lansing’s Black community, died on Oct. 10, his 64th birthday, after a battle with kidney disease. He left behind two daughters.

McFadden, also known as “Mighty Mike,” started his broadcast career at WXLA 1180 AM and Power 96.5 FM radio stations in 1984. Many held him in high regard for his radio and TV broadcasts that focused on the Black community.

State Rep. Sarah Anthony said he was instrumental in educating people about Juneteenth before it became an official holiday.

“Whether it was gospel music being offered and performed by Black musicians, or Black elected officials … he made sure things we were fighting for were highlighted in the media,” Anthony said.

Clay Wenzlick died on Nov. 4 after a car crash near St. Johns. His family honored his love of racing and scheduled services at Mid-Michigan Raceway Park in Fenwick.

Friends said Wenzlick was an avid racer and had driven go-karts since he was 6. He later turned to driving race cars. They recalled the young racer always being eager to get back on the track after a race finished.

Earlier this year, Wenzlick graduated from Ovid-Elsie High School where he participated in football and track. He earned all-conference and conference champ in the long jump during his senior year.

Families and loved ones mourn the loss of Rizza Benton, 33, and Sydney Eckhoff, 31, who died a week apart in November.

Connor McGahan, a clinical social worker at Mt Pleasant Counseling, said the loss of the two created minority stress as people dually mourned the loss of a community resource.

“Them working in Wild Ferns and having resources around them and it still not having enough, there’s a lot of layers to the loss,” he said.

Friends said the two leave behind a legacy that encourages people to help others when they notice they’re struggling and build inclusive spaces for all.

Eliezer Temple Church Bishop David Maxwell died Dec. 1. He was 66 and led the Jolly Road church, along with a ministry named after him.

Maxwell served at various departments with the city of Lansing which involved bringing together the city’s religious community and government together for those in need. He was the first and only director of the Office of Community and Faith-based Initiatives.

“Through his vision and dedicated work, Bishop Maxwell helped bring people of all faiths and walks of life together to benefit those in need,” former Lansing Mayor Virg Bernero wrote on Facebook.

Know Your Foe: Michigan Football Players to Watch Ahead of the Fiesta Bowl