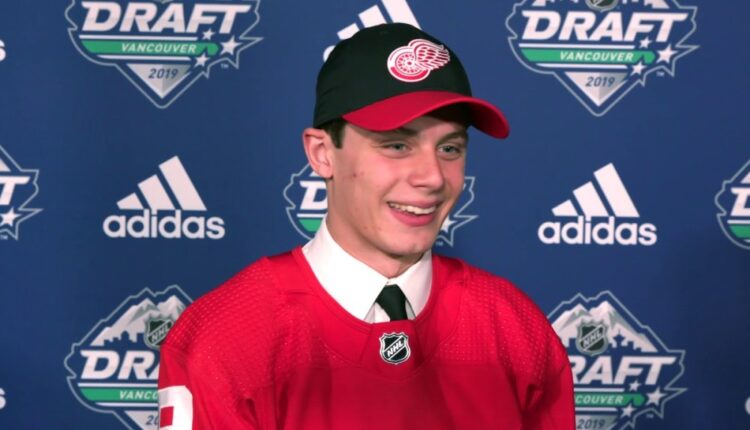 Red Wings of Tomorrow is assessing every prospect in the Detroit Red Wings system and what they are projecting to be in the future. We’ll be looking at the strengths and weaknesses of their game, as well as what the future holds for them as they advance through the Detroit organization. Today, we feature left wing Robert Mastrosimone

When the Detroit Red Wings drafted smallish forward Robert Mastrosimone in the second round in 2019, Detroit’s fan base was properly thrilled about his long-term potential. Mastrosimone netted 31 goals in 54 games that playing for the Chicago Steel in the United States Hockey League. He was ninth in the league’s scoring race and was named MVP of the 2019 USHL/NHL Prospect Game.

But three years later the buzz about Mastrosimone centers on the “fresh start” he is getting after playing three seasons at Boston University. He entered the NCAA’s Transfer Portal and accepted an offer from Arizona State University.

Mastrosimone enjoyed a solid collegiate season and was one of the more coveted players in the portal. The Sun Devils want to improve their hockey team and Mastrosimone is a key signing.

“The level of talent with this transfer group is off the charts,” Arizona State coach Greg Powers said on the school’s website. “All five of these players could have gone anywhere they wanted, so we are thrilled and honored they chose to be Sun Devils.”

This will be a critical season for Mastrosimone’s ambition to be an NHL player. He is 21 now and he needs to be a dominant player at the college level.

The benefit of being a college player is that he still has time to show what he can do. Roughly about 300 former college players play in the NHL every season and some do play four years in college.

But Mastrosimone needs to have an impressive season, to make enough memorable plays to earn him a contract with the Red Wings. He’s a second-round pick. The Red Wings want him to suceed.