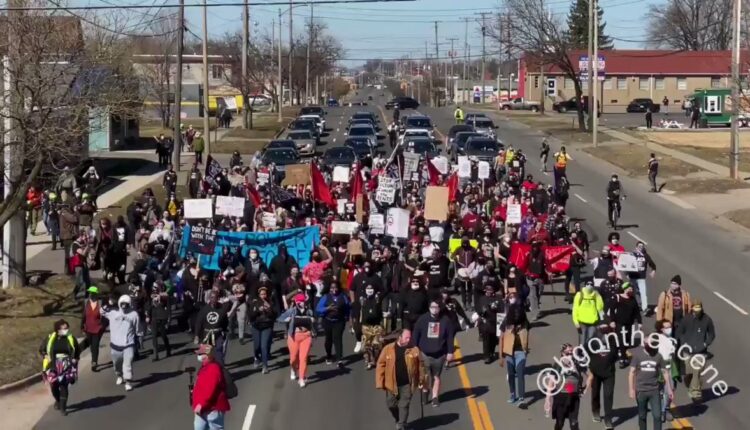 On Saturday afternoon, March 20, demonstrators and members of several interest groups took to the streets of Michigan’s capital.

The Michigan People’s March, hosted by the Washtenaw General Defense Committee, called on protesters in Lansing to demand, among other things, the abolition of the police force, clean water for Flint, the release of detained migrant children on the southern U.S. border and an end to evictions according to the event page.

Brendan Gutenschwager shared footage of the group of protesters marching down Michigan Highway 99 on Saturday afternoon. Peaceful participants waved the flags of the Black Lives Matter and held signs that read “All Power to the People”. Photo credit: Brendan Gutenschwager via Storyful

Ann Arbor City employees received $ 63.7 million last 12 months. See who did the most