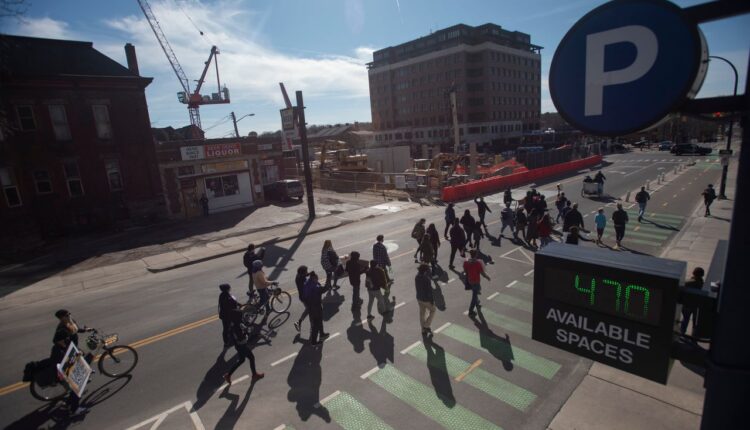 Protesters call for greater accountability in the fight for racial justice

ANN ARBOR, MI – On the anniversary of Breonna Taylor’s death, a group of protesters gathered on the Diag at the University of Michigan to demand greater accountability from themselves and the community.

Led by the non-profit Survivors Speak, several dozen protesters listened to the speakers discussing accountability in themselves and in the community. Survivors Share Pictures of a Responsibility Pledge on their Facebook Page that says community members should be proactive, educate themselves about community needs, advocate racial justice, and raise the alarm against racial and social injustices to help build Promote justice.

Trische Duckworth, CEO of Survivors Speak, said they originally planned the protest for January, but it was pushed back and happened to coincide with the year-long anniversary of Taylor’s death. While honoring Taylor and others who have been victims of police brutality, Duckworth said there was much more to it than that.

“It’s not just about police brutality. It’s about racial justice, it’s about holding our lawmakers accountable, it’s about getting COVID-19 vaccines into the community, it’s about so much, “said Duckworth. “We have to get together and do the work. Legislators must do their part and we must do our part. “

Lawmakers in attendance included U.S. Representative Debbie Dingell, D-Dearborn, Washtenaw County Attorney Eli Savit, and Assistant Attorney General Victoria Burton-Harris. As elected officials, they will hold each other accountable, Burton-Harris said, but she expects members of the community to return the favor.

“We work for you. We serve you, and in serving you we understand that it is our job to respond, be transparent and not stop until we reach back and find every last person who swallowed this system, ”said Burton -Harris.

Also in attendance was Charmelle Kelsey, the mother of an Ann Arbor Pioneer High School student who claims she and other black students are exposed to a racially hostile environment at the school. Her attorney, Solomon Furious Worlds, a UM law student with the Civil Rights Litigation Initiative, called for greater accountability from Pioneer and Ann Arbor public schools and the publication of their investigations into alleged racism.

Activists from Chelsea also attended the event. Last month, Judge Anna Frushour declined to indict members of an anti-racist activist group for obstruction of traffic violations during demonstrations last summer. David Bloom, a member of the Drop the Charges community movement group, also called for accountability in his community within his community.

“We want to stop asking about things that should be taken for granted. The way that this is done is to challenge it and challenge it with a strong voice and that’s what we’re here for, ”said Bloom.

Grand Rapids march on the anniversary of Breonna Taylor’s death

A year after her death by police, Flintstones women marched in celebration of Breonna Taylor’s life