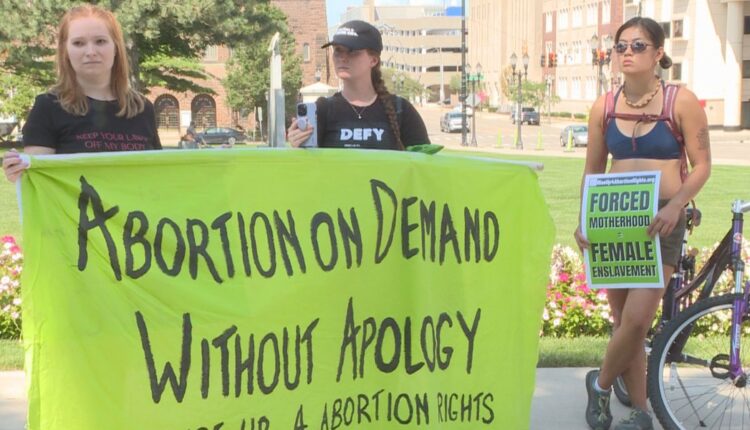 LANSING, Mich. (WILX) – Women marched the streets of downtown Lansing protesting their rights with an anti-celebration as their way of recognizing Women’s Equality Day.

“Women’s Equality Day” is a day to celebrate women’s right to vote that was passed in 1920. But more than a 100 years later, some women used the day as a call to action. Mackenzie Voss is an organizer for “Our Bodies, Our Rights.” She said they can’t celebrate women’s equality when there is no equality.

“Although abortion rights are safe right now in Michigan, it’s not in other states and we have to still fight in states that are safe to show that we still stand with people who don’t have the access that we do,” said Voss.

Most abortions are now banned in at least 12 states including Ohio and Indiana. Michigan’s 1931 ban can’t be enforced while lawsuits play out in the courts.

While protesters are unhappy about this Women’s Equality Day, not everyone sees it that way.

“Abortion is a lie, it tells women that it empowers them, and it does not. It truly does the opposite,” said Kathy Potts, Executive Director of Jackson Right to Life.

“We believe that by protecting our femininity, in our most natural instinct which protecting our children. That is where our true equality lies,” said Potts.

The state health department said there were more than 30,000 abortions last year, up slightly from 2020.