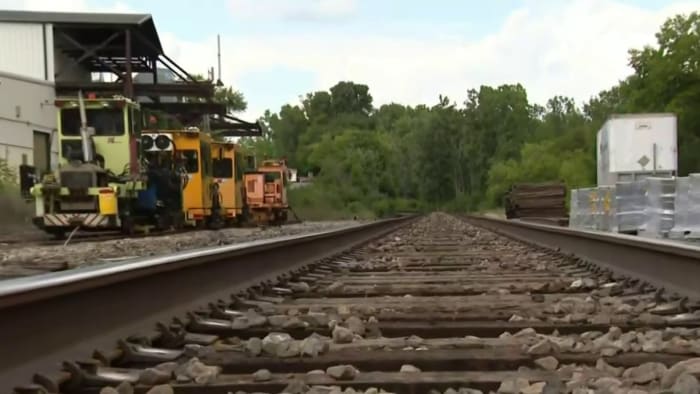 ANN ARBOR, Mich. – Monday, a step forward was made to get Metro Detroiters up north by train.

Developers were just given money to study what it would take to get a passenger rail line up and running. It would connect Detroit and Ann Arbor to Traverse City and Petosky with stops along the routes seen in the video player above.

The original idea was thought up a decade ago, and now the Northern Michigan rail project has been gaining the traction of supporters, so much so that it’s been able to secure the funding for phase two.

Trains with the Northern Michigan Rail project may soon be able to carry passengers in Ann Arbor back and forth between northern communities like Cadillac, Petoskey, and Traverse City, which is terrific news for those without transportation like Renee Burns.

“They need more transportation, especially for the elderly, the young, the ones that are disabled,” said Burns.

Hopefully, all the people described will have another option to get around to the places mentioned above. It’s all being made possible with $2.3 million worth of federal and state funding, with $1 million coming from the state.

The other $1.3 million came from the Rebuilding American Infrastructure with Sustainability and Equity grant.

“Not everyone can either afford or is able to drive a vehicle,” said Ulstad. “So, this gives people another way to get around that can make their lives so much easier.”

Since the project’s financial aspect seems to be handled at this point, a study team consisting of local, state, and national transportation experts will look at an active line from Southeast Michigan to Traverse City.

Those on the team will observe and suggest how they can make improvements before the new lines even get here.

“After this next phase which includes really looking at how the service will function, will be in a really good position to get something going,” Ulstad said. “We see that maybe it can start as a weekend service and build up into a daily service.”

“We have the transits go down here, but nothing connects the southern half to the northern half, so I think it’s a great opportunity for people to get around the state.”

The study team will make their observations and suggestions over the next 18 months. Expect the rail lines to be potentially completed in about five years.