“Getting away from screens as much as possible and just enjoying nature has many great advantages,” said Store Manager Isaac Mogck. “We’re trying to give some of the tools.”

Paddle North arrived in West Michigan in 2018 when Mogck opened the first retail space from a small warehouse in Holland. In 2019 the company opened a second location in the Woodland Mall. Both locations are now closed.

Paddle North moved to the East Hills area in April, bought and renovated its newest storefront. Crews spent the past six months repainting walls and installing new floors, windows, and a garage door.

(A photo taken Nov. 22, 2021 shows some of the boards, apparel, and recreational gear at Paddle North on Wealthy Street SE, which opens on Black Friday.)

This is the Minnesota-based company’s only location outside of its home state.

“We’re a Minneapolis, Midwest company, so we design all of our boards and products for the Midwest and the lakes, rivers and bodies of water we have here,” said Mogck. “So this is our niche. We know a lot about it. We are here (to help) with any problem or anything that comes up with any questions. “

The goal is to keep the shops closed forever on Thanksgiving

Mogck says the team at Paddle North grew up paddle boarding, kayaking, and spending time on the water north. Mogck’s cousin Peter Mogck and Matt Frakes founded the company in 2014.

“They wanted to make an incredibly light board for their then-wives and girlfriends to pick up and carry to the water.

(A photo taken Nov. 22, 2021 shows some of the boards at Paddle North on Wealthy Street SE, which is opening on Black Friday.)

Since then, the company has grown to five stores, including Grand Rapids, and has just hired its 14th employee, according to Mogck.

Paddle North designs and tests board prototypes in Minnesota, then sends them overseas for manufacturing. The company’s bamboo hardboards and inflatable paddle boards look different than your typical colorful tropical-style paddle board.

“We consciously try to blend in with nature with all of our wood grain,” says Mogck.

The lightweight inflatable paddleboards are made of PVC material. Mogck says that thousands of tiny nylon fabrics sewn on the inside help maintain the board’s stiff structure when it is inflated. When not in use, the board can be rolled up and stored in a rolling travel bag, which is also available in the store. 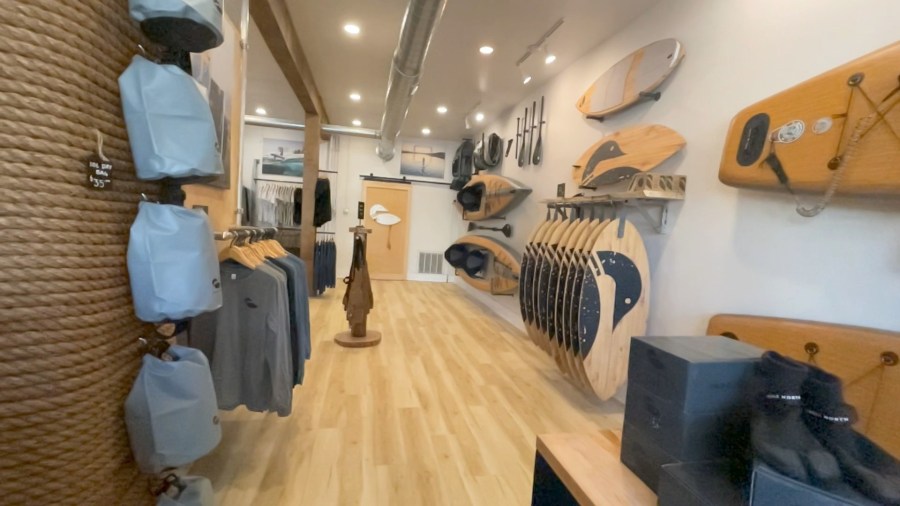 (A photo taken Nov. 22, 2021 shows some of the boards, apparel, and recreational gear at Paddle North on Wealthy Street SE, which opens on Black Friday.)

One of Paddle North’s most popular items is its utility dock, which attaches to a boat or dock and acts like a bathing platform in the water.

“It’s almost like putting your patio in the water. They hold a lot of weight, over 2,000 pounds. And you can slide and slide on it or you can just use it as a hangout pad. They are super stable and it’s great fun to have them in the water, ”said Mogck. 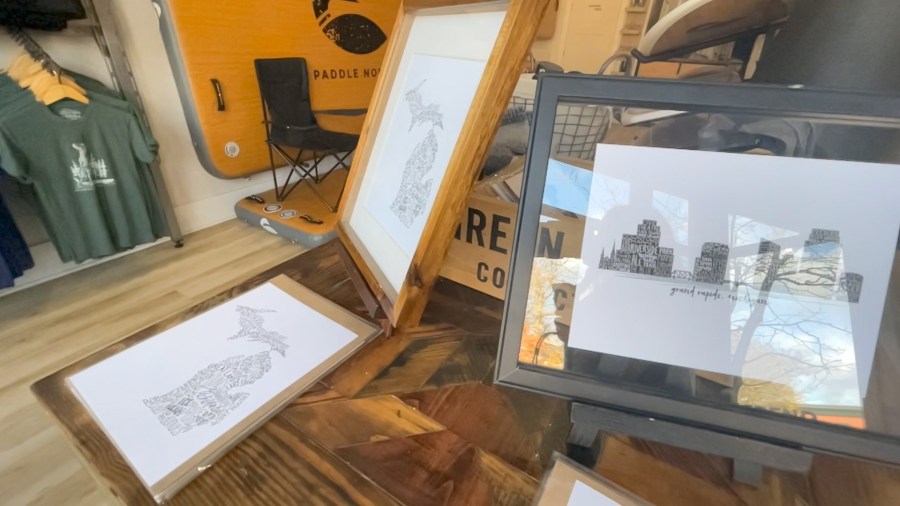 (Prints by a Grand Rapids artist are on display at Paddle North on Wealthy Street SE in Grand Rapids.)

“We are just thrilled to be able to open at this location. I am looking forward to doing demos on Reeds Lake this summer. I’m really excited to be joining the many other great companies here on Wealthy Street, ”said Mogck.

3 things fans should be thankful for

Giving thanks to America’s medical community for life-saving vaccines ⋆

Trinity Of Terror Tour Is Coming To Grand Rapids