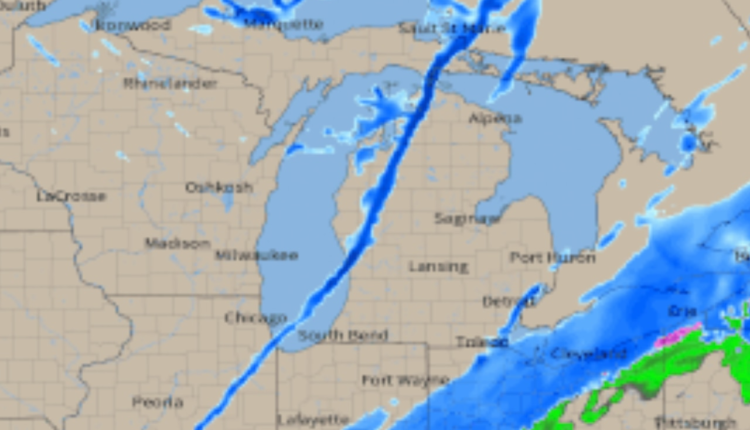 Michigan, get ready for an arctic blast and a round of lake-effect snow

I know it’s March, but we have to talk about at least one more arctic front and the weather it brings.

Here is the radar forecast from Thursday afternoon to Friday evening.

Radar forecast from noon Thursday to 7 pm Friday. The thin band of snow moving into northwest Lower is the leading edge of the arctic front

The large snowstorm passing to our south Friday will swing a band of light snow into far southeast Lower Michigan Friday afternoon. The real weather changer is the arctic front, which shows up as a very thin band of snow draped from the eastern UP southward into northwest Lower Michigan.

The arctic front brings just a quick burst of snow, and then quickly much colder temperatures.

Here is the surge of arctic air arriving late Friday and taking hold of Michigan through Saturday.

Temperature forecast from noon Thursday to 1 am Saturday.

Saturday’s daylight hours will only have temperatures in the teens and 20s.

Then the northwest wind kicks in and lake-effect snow develops. 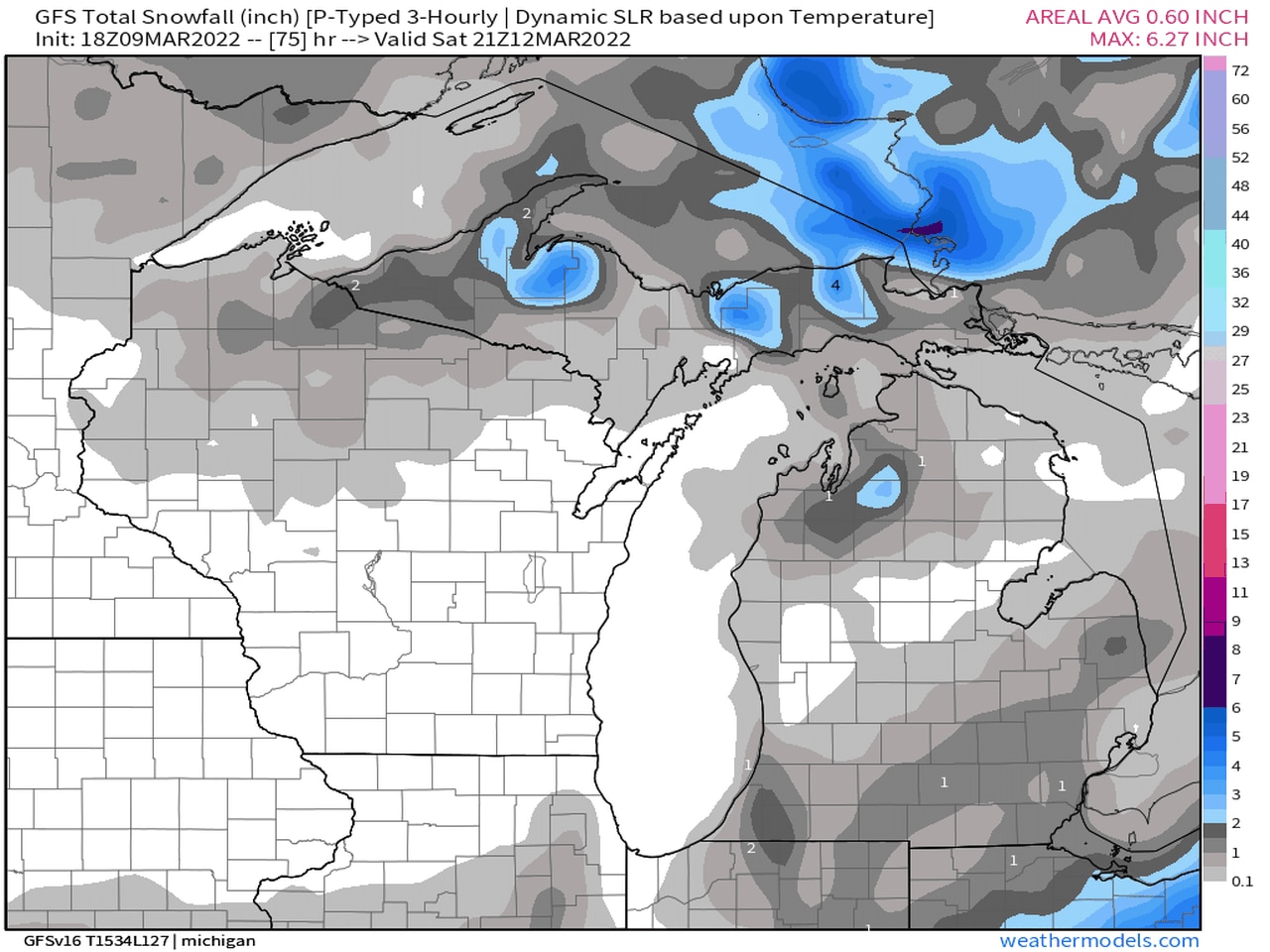 The computer models are showing the area expecting lake-effect snow. I don’t think the models are forecasting accurately the amount of snow. The lake-effect snow will probably be double the above model forecasted amount. I’d look for a solid two to four inch snow for the very southwest corner of Lower Michigan, around St. Joseph, New Buffalo and Niles. Also look for that same amount of snow around the Traverse City area, Kalkaska and Mancelona.

The good news if you have spring fever is the wintry weather is going to turn around pretty quickly. By the second half of next week, the southern half of Lower Michigan will feel quite spring-like.