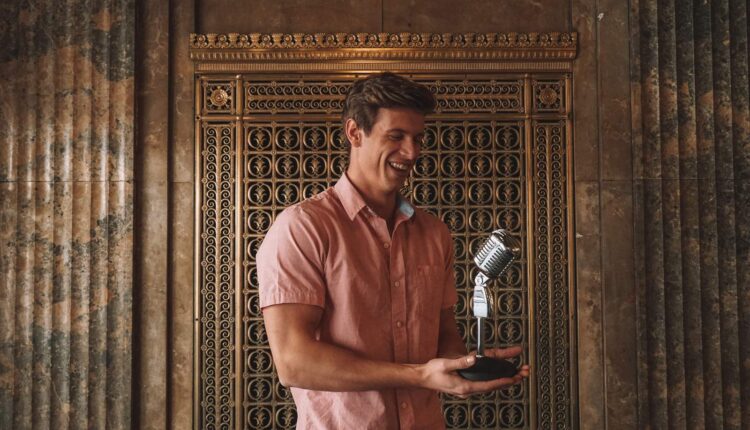 DETROIT – New Country 93.1 listeners know him as Josh ‘Bru’ Brubaker, but 2.9 million followers worldwide know him as the ‘CEO of Radio Tik Tok’.

What started as a semi-sarcastic quarantine target is now a surprising reality for Brubaker as one of his most popular Tik Tok videos of accidentally playing the wrong song live on the air has over 30 million views.

“I’ve always loved entertaining people and making them laugh,” he said. “It’s really cool to see people who are interested in my personality and connect them to the station.”

In order to include his newfound Tik Tok audience, Brubaker asks viewers to suggest random words that he can incorporate live on the air. Some of his more challenging words coined as “chance pun” were “Worcestershire” and “Alakazam”.

“I’m definitely not the first person to throw random words on the radio,” he laughed. “But I’m the first to make it on Tik Tok.”

Originally from Ida, Michigan, Brubaker pursued his passion for broadcasting by attending the Specs Howard School of Media Arts. After seeing the school at a college fair, he aspired to enter the world of television or sports through play.

“I had no idea that I wanted to be into radio, I love people and music and how they come together and somehow fall into it.”

After several years of promising broadcasting career, Brubaker is hosting the afternoon show for New Country 93.1, co-hosting Broadway in the morning segment and performing on weekends for 96.3 WDVD.

“My experience on Detroit radio has catapulted me into the next chapter of my career, and the notoriety Tik Tok has brought me is life changing,” he said. “I look forward to telling more about what’s to come.”

Stay up to date with Bru on social networks, @bruontheradio (Jimmy Nguyen)

When Brubaker isn’t working on commercials, preparing for his airtime, or making dad jokes, he can be seen posting on Tik Tok.

“There are some videos that I predict will be a favorite, but the ones that I’ve spent the least time on to get the most attention,” he said ironically. “I have no idea what will be a hit with Tik Tok’s unique algorithm.”

With thousands of comments per post, he has built a loyal fan base known as the #BruCrew.

“A lot of young people have asked me for advice or shown an interest in radio because they saw my videos,” he said. “It’s cool to be able to have these conversations.”