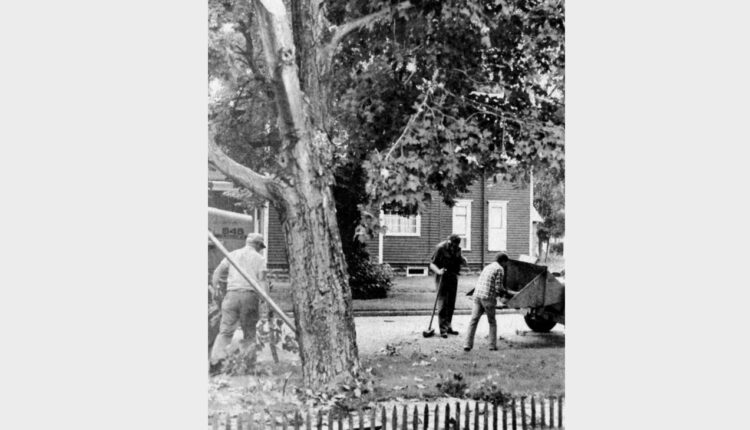 Maxwelltown residents irate after flooding in Manistee, 40 years ago

Last night’s city council meeting saw a subdued replay of its July 20 meeting when a standing-room only crowd of irate Maxwelltown residents complained about flooding in their basements and general slowness of sewer construction and street paving in their low-lying section of town next to Manistee Lake.

Funds to ‘sell the area’

In an effort to promote economic growth in Manistee, the Manistee County Board of Commissioners pledged $3,000 for additional personnel to be employed to “sell the area” during Tuesday morning’s session. Last month, the board supported the concept of forming an economic development center as an adjunct to the Manistee County Chamber of Commerce. Presently, efforts to attract more industries are being made through the Industrial Development Committee and the Economic Development Committee.

Schoolroom television is returning to northern Michigan this fall on an expanded basis. Televised instruction for students in the area’s schools will be available each weekday morning during the 1962-63 school year over stations, WWTV, Channel 9, Cadillac-Traverse City, and WWUP-TV, channel 10, Sault Ste. Marie. The instruction sessions will be telecast over Channels 9 and 10 each weekday morning from 9 to 10 starting Sept. 11.

It was announced today that Rev. Raymond Boadway has been appointed master of the Cub Boy Scouts locally. All boys between the ages of 9 and 11 who are interested in becoming cubs will meet at First Congregational Church tomorrow afternoon at 2 pm

The adventures of Maisie continue fast and furious in Metro-Goldwyn-Mayer’s “Maisie Gets Her Man,” latest in the series of which Ann Sothern is the star and which opens tomorrow at the Vogue Theater. Show times are 3:35 pm , 7:10 pm and 10 pm

Compiled by Mark Fedder at the Manistee County Historical Museum