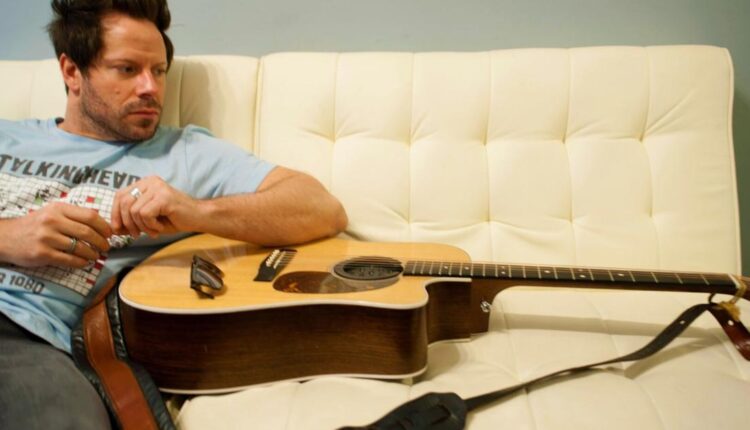 TRAVERSE CITY — With so many regions of the state celebrating the robust return of live music these days, working musicians have a plethora of options to consider.

But for pop-rock singer-songwriter Brett Mitchell, nothing compares to northern Michigan and, specifically, the lively Traverse City community of artists.

“I just kind of play around here mostly. I still make it downstate every once in a while, but you know, there’s a pretty good scene in Traverse and, of course, the talent is amazing,” said Mitchell, who makes his home in Bellaire after moving to northern Michigan “on a whim” from his hometown of Midland eight years ago.

“It was pretty easy to kind of blend in up here. That’s how I’ve made it work and I love it up here,” he said of the picturesque environment. “So, I can’t really see myself going anywhere else for a while.”

That affection for northern Michigan also inspired him to finally wrap up a new studio album during the pandemic shutdown. He released “For the Most Part” last year, his first full-length studio recording since 2011’s “Falling Apart at the Seams.”

As isolating as the pandemic was, it gave him time to put the finishing touches on the catchy, pop-hued songs that he’d been crafting for years, leaning on the somewhat remote and quiet atmosphere to complete his work.

While the task was “stressful and daunting,” he’s thrilled that he’s been able to get out there this year and tour behind the new album. “It’s definitely satisfying and worth it,” he said.

The same goes for a busy summer of shows.

“Performing more and more out live has been a huge focus — almost back to normal in that regard. I just keep truckin’ along and doing what I know best, and hope people keep enjoying it,” he said.

“At first it seemed a little daunting, getting back into the flow of things, reading a crowd. But, in general, having a real live audience… has been extremely rewarding. We all know that live music is better with people who love music actually there in the flesh. I definitely needed to get back to work. It started to feel like I was losing purpose in a way. Coming back in full gear has reminded me of what that is again.”

He returns to Traverse City to play Union Street Station again on Sept. 30.

A drummer at heart who plays guitar at his solo shows, Mitchell also hopes to focus more attention on full-band performances in the coming year, especially after the pandemic limited opportunities to play with other musicians.

“I want to hone in on the full-band vibe,” he said, noting that while his music continues to “hover around pop-rock-oriented styles,” he appreciates harder-edged material.

“I’ve been adding a few harder rock tunes to the set list,” he said. “I love listening to hard rock and psych, but it rarely makes its way into my music personally. But I could see myself heading into a more harder rock vibe for sure.”