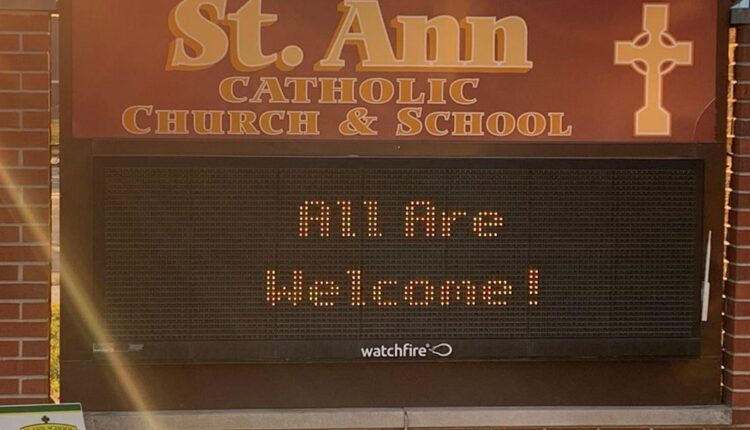 Lansings St. Ann is due to join forces with two other Catholic churches to form a new local news ward

St. Ann in Lansing is to be merged with the churches in Glenwood and Sauk Village into a new congregation.


LANSING – Just weeks after their school was due to close for the end of the school year, St. Ann parishioners learned Wednesday that their church was to be merged with two others to form a new ward.

According to a press release from the Archdiocese of Chicago, St. Ann will merge with St. James in Sauk Village and St. John in Glenwood to form a new ward.

St. Ann and St. James will serve as places of worship for the new ward, with the new ward’s sacramental records being housed in St. Ann.

Rev. Mark Kalema, the current pastor of St. Ann, will serve in this role for the new ward, whose name has not yet been chosen.

The Archdiocese’s Standards and Recommendations Commission recommended an annual sustainability review of two places of worship from 2024.

The combination of the three parishes was one of two that affected the southern suburbs announced on Wednesday. In the other, three parishes in Chicago Heights – St. Kieran, St. Kieran, and St. Paul – will be merged into a new parish with two places of worship, a new name, and a pastor.

The mergers are the most recent announced as part of the Archdiocese’s Renew My Church plan, which has consolidated parishes across the Chicago area, in part in response to the declining number of priests available to staff churches.