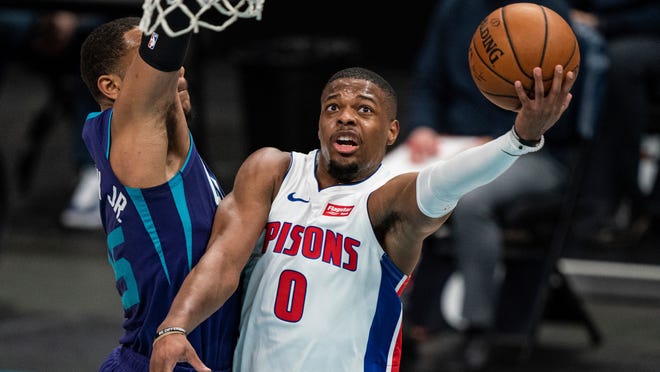 After a seven-day hiatus for the All Star hiatus, the Detroit Pistons ran out of energy against the Charlotte Hornets on Thursday.

They found their stand before halftime and used the runs in the second and third quarters to turn a 16-point deficit into a possible lead.

However, they couldn’t finish the victory.

THE RIGHT ONE:Why Troy Weaver believes Dwane Casey is “the best coach in the world”

The butts looked sluggish as they fell double digits in the first quarter, making avoidable sales, and missing wide-open shots. They shot 38.5% and only 2-13 from behind during the reporting period.

Their first impulse came in the middle of the second when they used a 12-2 run to bring the deficit down to six. It carried over to the third quarter when they took the lead at 22-8. Detroit prevailed against the Hornets (33-25) in the third game.

Grant hit a couple of late 3-pointers to help the pistons hold off a possible Hornets run. Isaiah Stewart, who finished on seven points and eight rebounds, also hit a late 3-pointer – only the second mark of his NBA career – to give the Pistons a 3:24 lead of 93-90.

Wright returns after a two-week absence

Wright was in the process of settling down as a point guard before suffering a groin strain against the Memphis Grizzlies on February 19.

All season long, Stewart’s potential as an outside shooter was boosted. After the games, he was often seen recording with a coach. Dwane Casey has expressed confidence that the shot will eventually become an important part of his game. On Tuesday, Troy Weaver said he could envision Stewart playing power forward alongside Mason Plumlee – an arrangement that would surely only work if Stewart could clear the ground.

Before Thursday, Stewart had tried five 3-pointers and made one. He made his lone attempt against the Hornets, and it was a clutch that gave the pistons a late 93-90 lead. He also met a 12-foot turnaround jumper in the second quarter.

Lansings St. Ann is due to join forces with two other Catholic churches to form a new local news ward