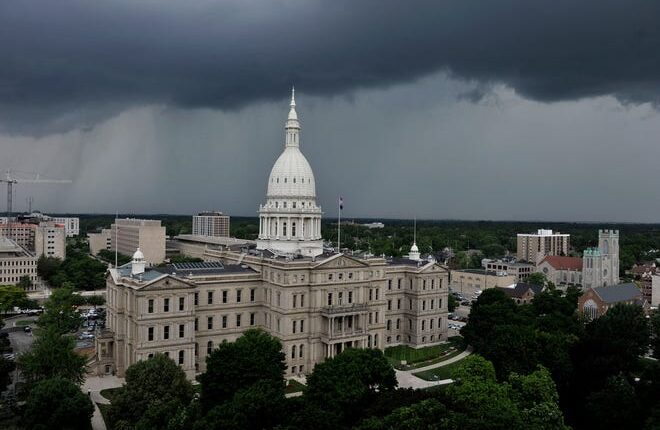 Michigan lawmakers looked at the $6 billion in surplus budget dollars and started oinking like a penful of pigs. Perhaps it was too much to expect them to maintain their discipline in the face of such temptation.

They couldn’t, and so Michigan taxpayers ended up spending $1 billion on pork barrel projects aimed at allowing lawmakers to demonstrate in an election year that they’re bringing home the bacon for their constituents.

Included in the record $76 billion state budget is money for community centers in the districts of key legislators, research programs at favored universities, a ferry boat, local museums and cultural centers and a myriad of other special projects.

The pork is a dark spot on an otherwise admirable effort by lawmakers to responsibly spend one of the largest piles of money the state has ever seen.

This year’s spending plan was supported largely by federal COVID relief dollars, which have been flooding into the state faster than policy makers could formulate strategies for spending them, along with an inflation fueled influx of state tax revenue.

The budget agreement delivered a $19.6 billion appropriation for Michigan’s public schools that boosted the per-pupil foundation allowance by $450, bringing it to $9,150 per student. That’s a remarkable increase. The education budget is one of the largest in the state’s history, and dedicates money for teacher retention.

The responsibility policymakers and educators have now is to use the massive funding to move Michigan off the bottom shelf of states in terms of student achievement. If the money is spent and results don’t improve, it will be an unforgiveable wasted opportunity.

Colleges also got a big boost, including an additional $250 million for scholarships and a new $4,500 per student funding floor for all state universities. Unfortunately, many responded by raising tuition on students already struggling with inflation.

The budget spends heavily to improve the quality of Michigan’s workforce. Training programs and employee attraction and retention efforts are intended to make Michigan more attractive to job creators.

And there are funds as well to better train police officers, protect the environment and address mental health.

Lawmakers and Gov. Gretchen Whitmer could not reach a deal on returning some of the surplus directly to taxpayers in the form of the one-time rebates the governor wants, or the income tax rate reduction preferred by lawmakers.

But they promised to continue to negotiate, and set aside $7 billion in part to fund tax relief should they reach an agreement.

They must. Sending the excess money back to the taxpayers is the only way to assure it won’t be spent on pet projects that unequally benefit residents.

Using the one-time federal dollars to address pressure needs such as education performance, mental health and economic competitiveness was a smart policy choice.

Policymakers and taxpayers alike should be mindful, though, that the relief money is not likely to be there next year. And if the nation enters a recession, tax revenues can be expected to drop.

Budget crafters should be prepared to scale back spending as rapidly as they increased it.