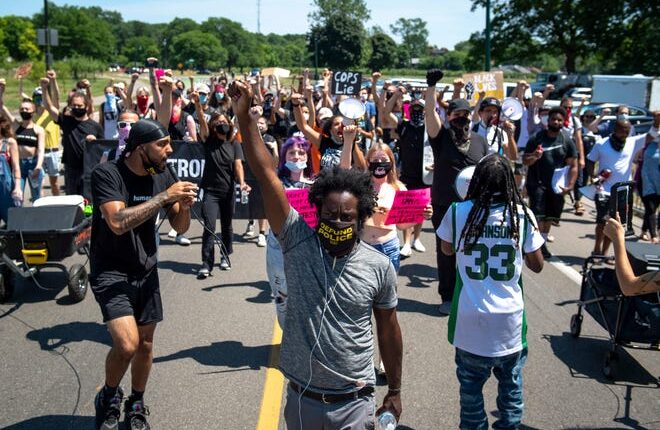 The city offered no evidence of a conspiracy to commit illegal acts by members of Detroit Will Breathe, US District Judge Laurie Michelson said.

Members of the group may have used “occasional harsh and passionate language” in organizing protests, the judge said, but Detroit’s claims do not reflect elements of a civil conspiracy.

After Floyd’s death in Minneapolis, Detroit protested against excessive police violence on a regular basis. The city experienced no violence and property damage in other US cities, but protesters said police used tear gas, pepper spray, chokeholds and rubber bullets against them.

In response to a lawsuit in September, Michelson set limits on how Detroit police could respond to peaceful protests.

The city then counterclaimed Detroit Will Breathe alleging a conspiracy to interfere with the police and other acts.

At the request of the city attorney, Detroit City Council voted in January to spend $ 200,000 on the lawsuit. The American Civil Liberties Union of Michigan said the city is trying to strangle free speech.

“It is now clear that the counterclaim had little legal purpose other than giving the city an excuse to make statements tarnishing the movements of racial justice,” Detroit Will Breathe said on Wednesday.