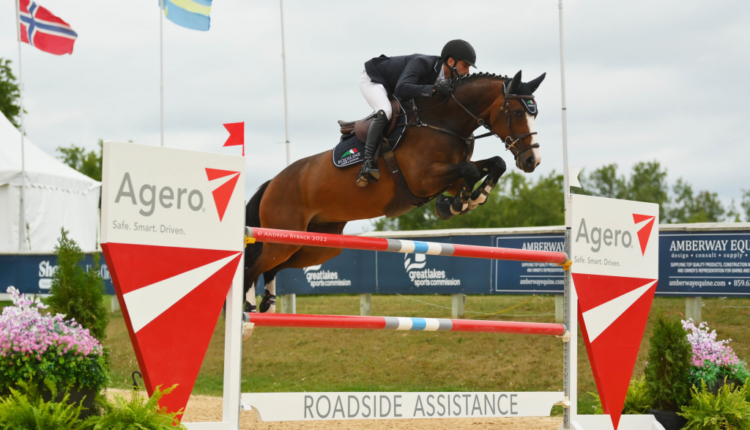 Prior to July of this year, Jacob Pope (USA) had not yet won a grand prix. Two months later, he has two victories under his belt: one national and one international. Sunday afternoon, he scored his first FEI grand prix victory on the last day of the Silver Oak Jumper Tournament in the $138,600 Agero CSI3* Grand Prix with Highway FBH, owned by Team Rakowsky Equestrian LLC.

“There’s really no feeling like it,” Pope said of winning his first international grand prix. “I’m so thrilled – beyond thrilled – with Highway. This is the happiest I’ve been in a long time and he’s such a great horse. I’m so excited for the future with him.” 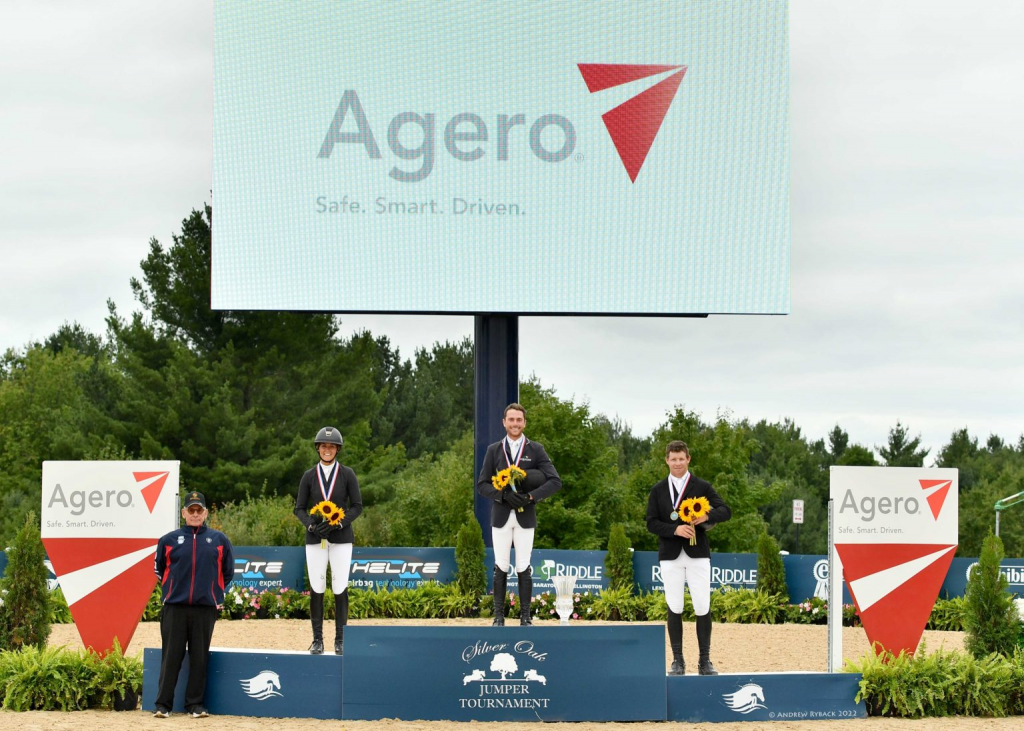 One of six to jump clear in the first round, designed by Olaf Petersen, Jr. (GER), Pope saw only two quick, 4-fault jump-off rounds before his own turn to jump off. With the 12-year-old Dutch Warmblood Gelding (Plot Blue x Cornet Obolensky), he was strategic in staying tidy while also keeping all the fences up, becoming the first double-clear effort of the day in 38.73 seconds.

The only other double-clear round came from Kelly Arani (USA) with the Marigot Bay Farm LLC entry Impossible Dream. Following Pope, Arani went for the time but came just short in 39.78 seconds for second place. Her trainer, Shane Sweetnam (IRL), took third as the fastest four-folder with Alejandro, owned by himself, Seabrook LLC, and Spy Coast Farm. 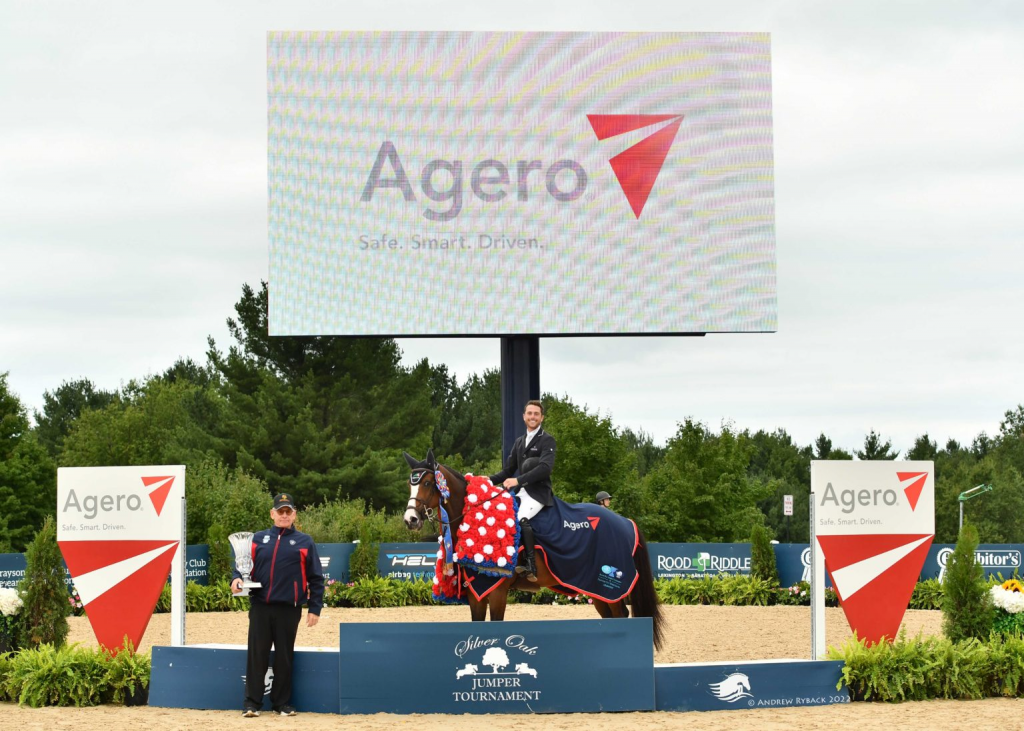 “It’s actually my first week competing in FEI with this horse. I’ve been looking for a horse for a while and Ivan [Rakowsky] found this amazing horse. I haven’t even touched a rail with him. He’s really a trier and the feeling is incredible. He gives you that winning feeling. You feel like you can jump anything and still jump clear. He’s always game to be forward and he doesn’t want to touch the jumps.”

With a one-hundred percent win rate in international grand prix action, plus another top-six finish in the CSI3* speed class on Thursday, Pope likes the way it’s going with Highway FBH. “It’s a childhood dream,” he said of Sunday’s accomplishment. “I’ve always wanted to win a grand prix. I won a national one a few weeks back with him, and to have an FEI win under our belts too, especially in our debut, I’m really pleased. I’ve been with Ivan for six years now and I’m thankful with how it’s progressed. It’s a winning team that I’m happy to be a part of.”

In addition to awards for the class, awards were presented to the Leading Lady and Leading Male Rider of the Silver Oak Jumper Tournament. Leading Lady Rider Award was awarded to Kelly Arani, with Lisa Goldman-Smolen (USA) in second and Eliza Lehrman (USA) in third. The Leading Male Rider Award was given to Pope, with Sweetnam in second and Simon McCarthy (IRL) in third. 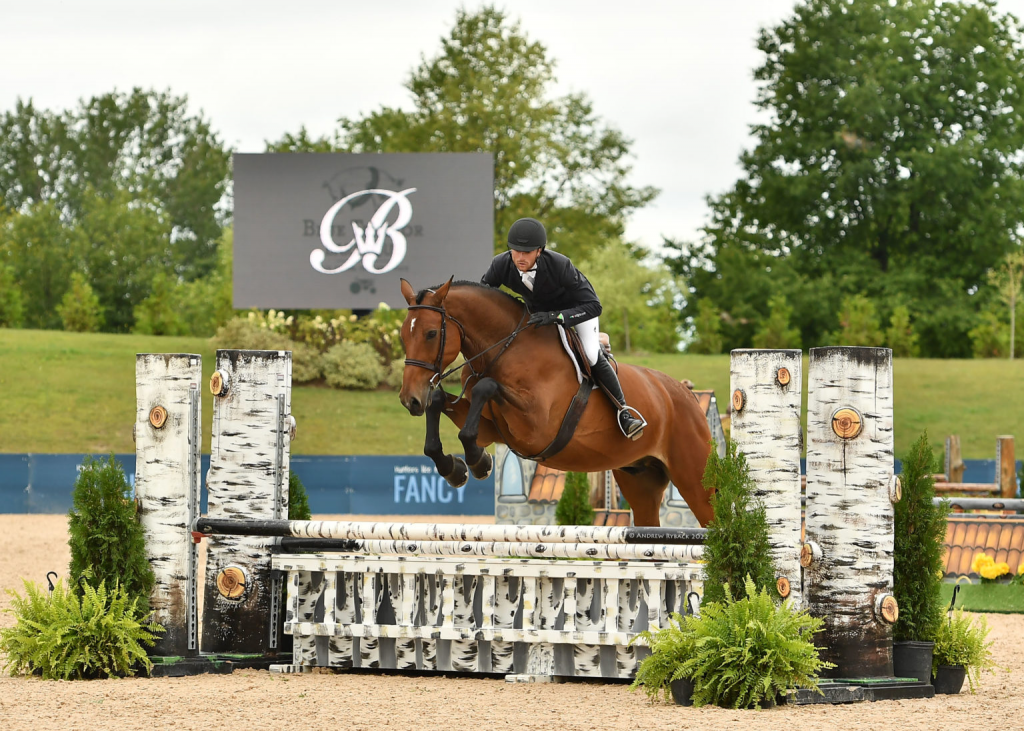 Pope pulled off a unique double, as he recorded another win on the day—in a different ring—riding G. Eleven to victory in the $15,000 Traverse City Hunter Derby.

California-based Nick Haness arrived in Traverse City in style, laying down impressive trips and earning high scores on all his mounts. He took over the lead with Crowd Pleaser, owned by West Coast Equine Partners LLC, as he was awarded a 96 in the handy round for an overall score of 187.75. Busy training in other rings, Pope had to return last and had the second-highest score in the first round of 93. His second round proved to be one of the best and was just enough to edge him past Haness to take the win. Scoring a 95 for a two-round total of 188, Pope was awarded the win with Don Stewart’s G. Eleven.

“During the first part of the handy round I was actually at the pony ring with some of my kids, which is the highlight of my day always, but I didn’t get to watch many in the handy,” Pope said. “I did get to watch Nick Haness, who always does a beautiful job, on [Crowd Pleaser] who was second. He laid it down. He took one inside turn I didn’t end up taking. But I knew all the tidy inside tracks he took were an option, so it was nice to watch such a good pair go before me.” 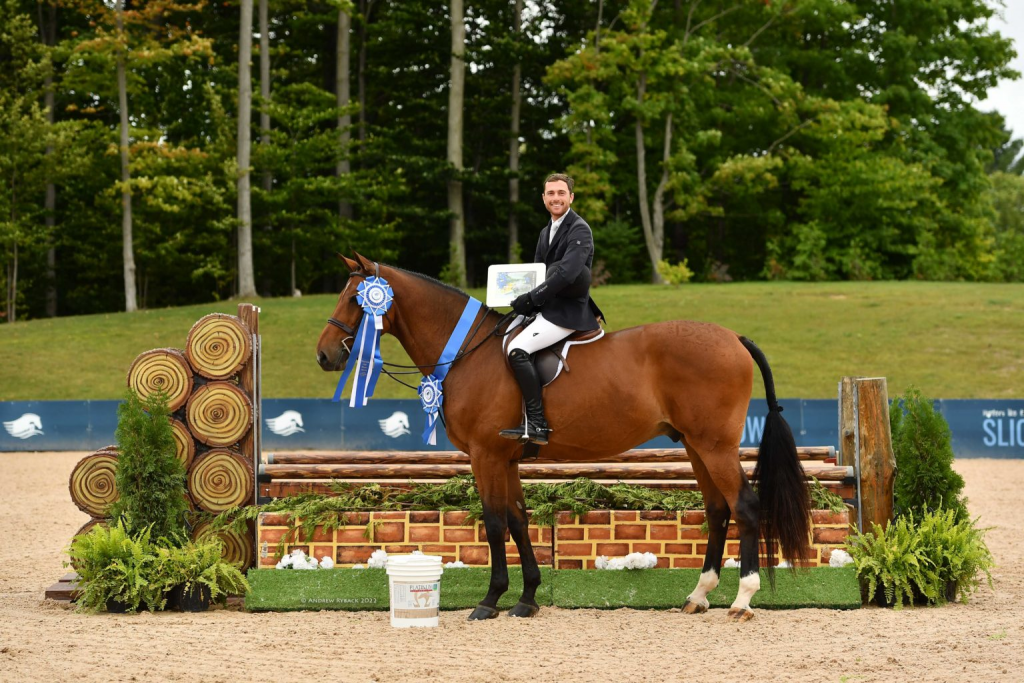 Haness was also third aboard Reese’s, also owned by West Coast Equine Partners LLC on a total score of 184.5.

G.Eleven was also awarded the Platinum Performance Hunter of the Week for his win. “I know G. Eleven really well,” Pope said of the 11-year-old Dutch Warmblood gelding, already a winner in Traverse City hunter derby action with Stella Wasserman aboard. “I actually started riding him at this horse show last year. I can really trust him.”