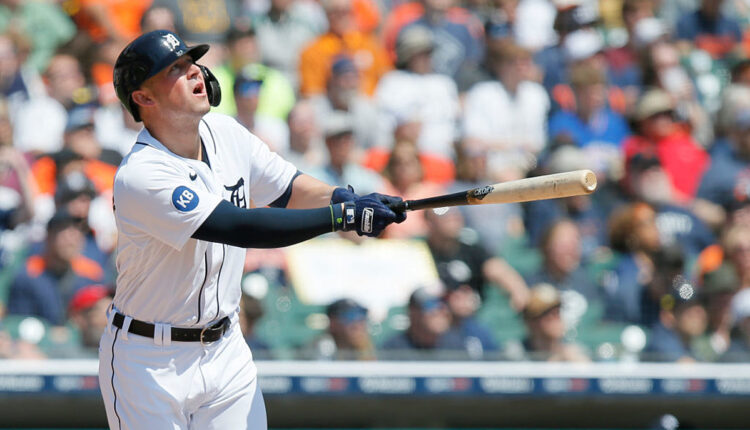 Through 35 games, the 2022 Detroit Tigers own a 12-23 record, good for a .343 winning percentage that’s worst in the American League and third-worst in the major leagues. They’re just one game better than they were at this point a year ago.

Fans have soured on this team, particularly over the last week and a half. During a six-game losing streak between May 4 and 9, the Tigers scored a cumulative 8 runs and were shut out twice. After that, Detroit lost four out of five to the slumping As, who had lost nine straight coming coming into Comerica Park. The Tigers’ bats continued their disappearing act in that series, scoring 10 total runs.

Since getting Miguel Cabrera got his 3,000th hit in a 13-0 win over Colorado on April 23, the Tigers have lost 16 of 22. Thank God they Baltimore helped them pad their win-loss record this weekend.

Detroit is dead-last in the MLB in runs scored, averaging about 2.86 per game, and home runs, with 16 on the season.

Fans and media alike have piled on the team over the past 10 days for its offensive anemia. Sports talk radio and social media have been inundated with acute criticism. It’s clear that the narrative surrounding the Tigers is one of great disappointment.

But Detroit’s performance is really a disappointment, or could it be that fans and media are let down because their expectations for this team weren’t realistic to begin with?

Let’s take a look at how Detroit finished the 2021 campaign at the plate:

The Tigers’ 2022 marks in all of those categories are worse than they were in 2021, but their rankings within their leagues aren’t much different. Of those six key stats, the Tigers were among the bottom third of both the MLB and the AL in all but one (the ’21 squad’s batting average ranked right about the middle of the pack). This year, Detroit is in the bottom third in all six categories.

The point I’m making is that the offense was bad in 2021, too. And the organization still hasn’t addressed a weak middle of the batting order, which is the source of those offensive woes.

So why would anyone expect the Tigers to improve in 2022? Because their big free agent signing was a defensive-minded shortstop known for striking out a lot and hitting .260 for his career?

Or is it because they made a last-minute trade for an outfielder who’s basically played three real seasons, one of which was limited to just 36 games, and has hit about .230 over the last two years?

Maybe pinning playoff hopes for a team that finished 15 games out of the Wild Card onto a 22-year-old who was in Single-A this time last year isn’t a smart strategy? (Spencer Torkelson is hitting .094 in May, by the way.)

Signing the Red Sox’ fourth- or fifth-best starting pitcher and immediately crowning him your ace was a bold move, by the way. But bold doesn’t necessarily mean smart.

And did anyone ever think that maybe AJ Hinch isn’t the same manager without an elaborate eaves-dropping system to compromise his opposition’s strategy? Even if Hinch is a great manager when going legit, he can’t swing the bats for the Tigers.

Look, I get it. The Tigers looked ahead of schedule last year. They finished eight games under .500, and it looked like the franchise finally had a future sans Cabrera. But to make the jump from unexpected, fun underdog to legitimate postseason contender requires a big upgrade. Detroit didn’t really do that, despite what the media may have led you to believe about Javier Baez and Austin Meadows. And if a team expecting to graduate to contender status doesn’t overhaul its roster with significant improvements, it needs its multiple guys to make enormous strides. That simply hasn’t happened.

Vegas tried to tell you. While the Detroit media was filling your head with visions and dreams of 2006-come-again, professional prognosticators in the desert set this team’s over-under win total at 78.5, about two games better than the Tigers’ actual 2021 record.

With no real difference in the lineup, expecting an improved Tigers offense was really the same as expecting big years at the plate from Torkelson, the Castros, and Robbie Grossman, none of whom have displayed any kind of reliability there before.

It’s OK to be disappointed in this team’s lifeless bats. But to be upset because Detroit isn’t in the hunt for the postseason is silly. It’s time to adjust expectations for 2022.

Now, let’s not do this with the Lions this year, OK?

Top 10 Foods You Can Eat At A Baseball Game