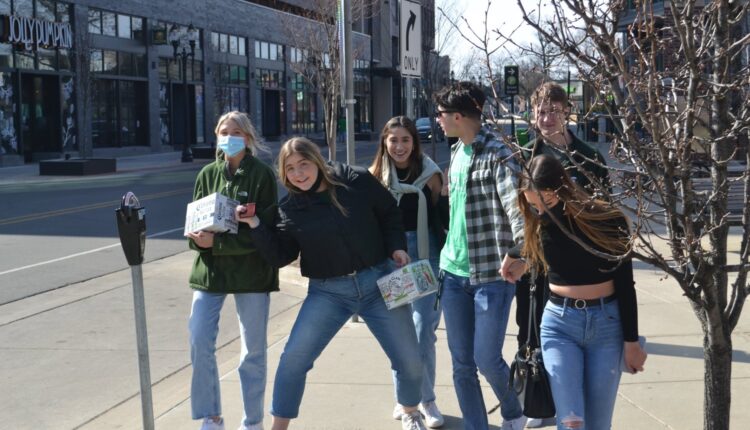 Many young Michigan State University students were spotted downtown walking up and down Grand River Avenue in large, close-knit groups, beer crates and bottles of booze in tow. Local bars like The Riv and Tin Can, which are currently limited to 50% capacity, seem to have a readily available range of customers. Spartan Spirits on Ann Street also has a steady stream of customers coming in and out to buy alcohol and more.

Some students said this year’s celebration was more reserved than usual. MSU juniors Nina, 20, and Caroline, 21, wanted to spend the day at their boyfriend’s apartment before heading to Harper’s Restaurant and Brewpub later that evening.

“I have a feeling there would be a lot more people out here. There’ll only be about six of us there. It would normally be a big party, ”said Nina.

Both Nina and Caroline said they hadn’t been to East Lansing for East Patrick’s Day last year when students left campus while the university switched to online courses.

Farther down MAC Avenue today there were a number of houses that appeared to be having parties on their lawns and porch steps. Elsewhere on campus, many smaller parties and outdoor beer pong games were played.

A St. Patrick’s Day order from East Lansing Mayor Aaron Stephens limits all outdoor gatherings to no more than 15 people and prohibits access to outdoor shops, bars and restaurants until 2 a.m. The Idea: Temporarily limit the chance for St. Patrick’s Day parties to get out of hand within the city.

There wasn’t a noticeably strong downtown police presence this afternoon, but the East Lansing Police Department created their own Facebook post warning of increased drunk driving patrols going on today and throughout the weekend. Last year’s St. Patrick’s Day was unique to the city as no arrests were made. Not a word today.

Masks are also required in much of East Lansing. Violations can result in fines of up to $ 25. Any licensed establishment violating the 11 p.m. nationwide curfew also risks suspension or revocation of their alcohol and business licenses. State law also requires compliance with local laws. Report violations to East Lansing Police Department at 517-251-4220, Option 2.