When the pandemic hit in March 2020, life changed dramatically. For those in the Ann Arbor restaurant industry like Jordan Balduf and Gregorio DiMarco, who used to be at Homes Brewery and Sparrow Market, it meant the loss of their jobs. For others, like John Moors and Haluthai “Thai” Inhanthong, it meant spending time with family and ultimately choosing to leave their non-food careers for a life in the kitchen.

Inhanthong was isolated from her family for a month and started making a new dish every day to cure her loneliness. When she made her first homemade dumpling, she found her calling. She began discovering new flavors and included her mother, the former owner of Siam Square Thai restaurant, once the restrictions were lifted and she could return home for a visit. Together, the two started Basil Babe, an Instagram dumpling delivery service that quickly became unmanageable requirements.

“When I started in June it was friends and family, but it blew up quickly,” says Inhanthong. “I drove 250 miles on the Detroit Metro over the weekend delivering dumplings to strangers. It’s gotten out of hand. “

Inhanthong shifted delivery to driveway pickups in late July and quit her 9-to-5 job in advertising to pursue Basil Babe full time. Unknown to her at the time, several others in the Ann Arbor area were already making their own driveway pop-ups. They all connected through Instagram and formed Misfit Biscuits, a renegade pop-up crew. In addition to Balduf, Inhanthong and Chef G, there are also Sean Morin and Doug Botsford from Juicy Oistre and John Moors from Lucha Puerco.

“We started from our driveway and now we are here,” says Balduf, owner of Side Biscuit, which was launched in May 2020. Side Biscuit started with a stationary location, which opened in March 2021, after Balduf broke up with his former employer. His salespeople knew he had a passion for chicken wings, and he knew that closed bar sales were at an all-time low.

“The culinary world is usually competitive, mysterious, and closed,” says Balduf. “That is counterproductive. There is a power in numbers. “Our breakaway pop-up crew – Misfit Biscuits – got really close,” he says. “We share devices, systems and processes, work and work together on a regular basis.”

“Jordan is at the top, but for good reason,” says Gregorio DiMarco, known as Chef G in the pop-up community. “He’s working his butt off and making sure he shares his success with the community.” 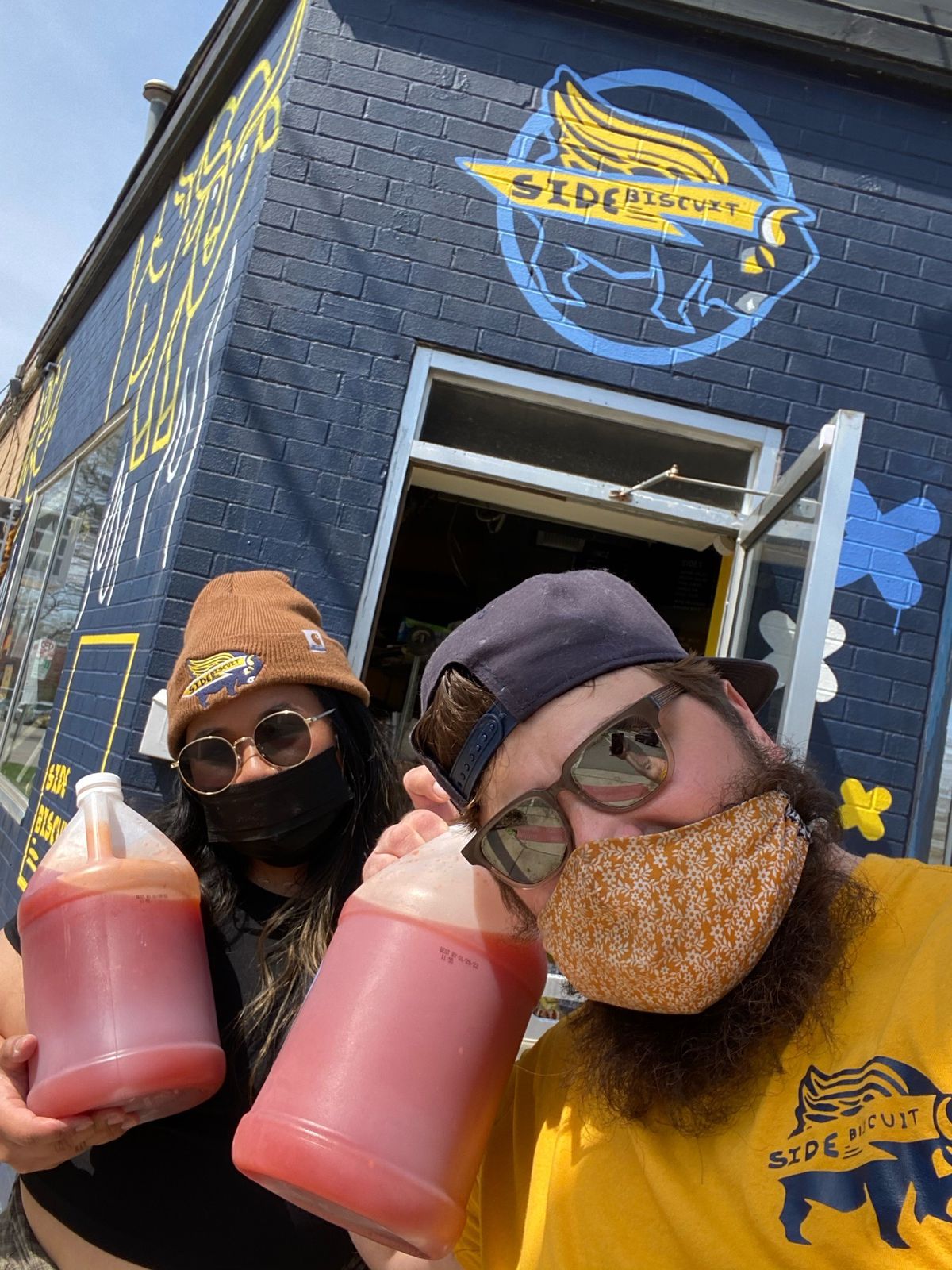 Balduf is his mentor to the Moors of Lucha Puerco. Moors quit his 14-year job as a manager for Best Buy when the pandemic brought his daughter to school. After becoming a regular Side Biscuit customer, he decided to run his own driveway pop-up focused on his true passion, Mexican food.

“I’ve tried for years to find a way to jump into the culinary world but couldn’t find anyone who would take a risk for me,” he says. “Jordan taught me a lot about professional cooking – things a home cook would never know. We’ve built a supportive community because we’re all finally doing what we want and taking away each other’s passion. “

Since demand far exceeded the supply of driveways – Moors caused a regular jam from their street to the main road – these driveway operators partnered with local businesses to receive regular pop-ups. Both Basil Babe and Lucha Puerco have a permanent residence at Cultivate Coffee in Ypsilanti. Other pop-up locations include Ann Arbor Distilling, Beer Grotto, and York Ann Arbor. They’ve even started working with others who aren’t on their pop-up team, including David Kwiatkowski from Dave Makes Pasta and Miss Kim. 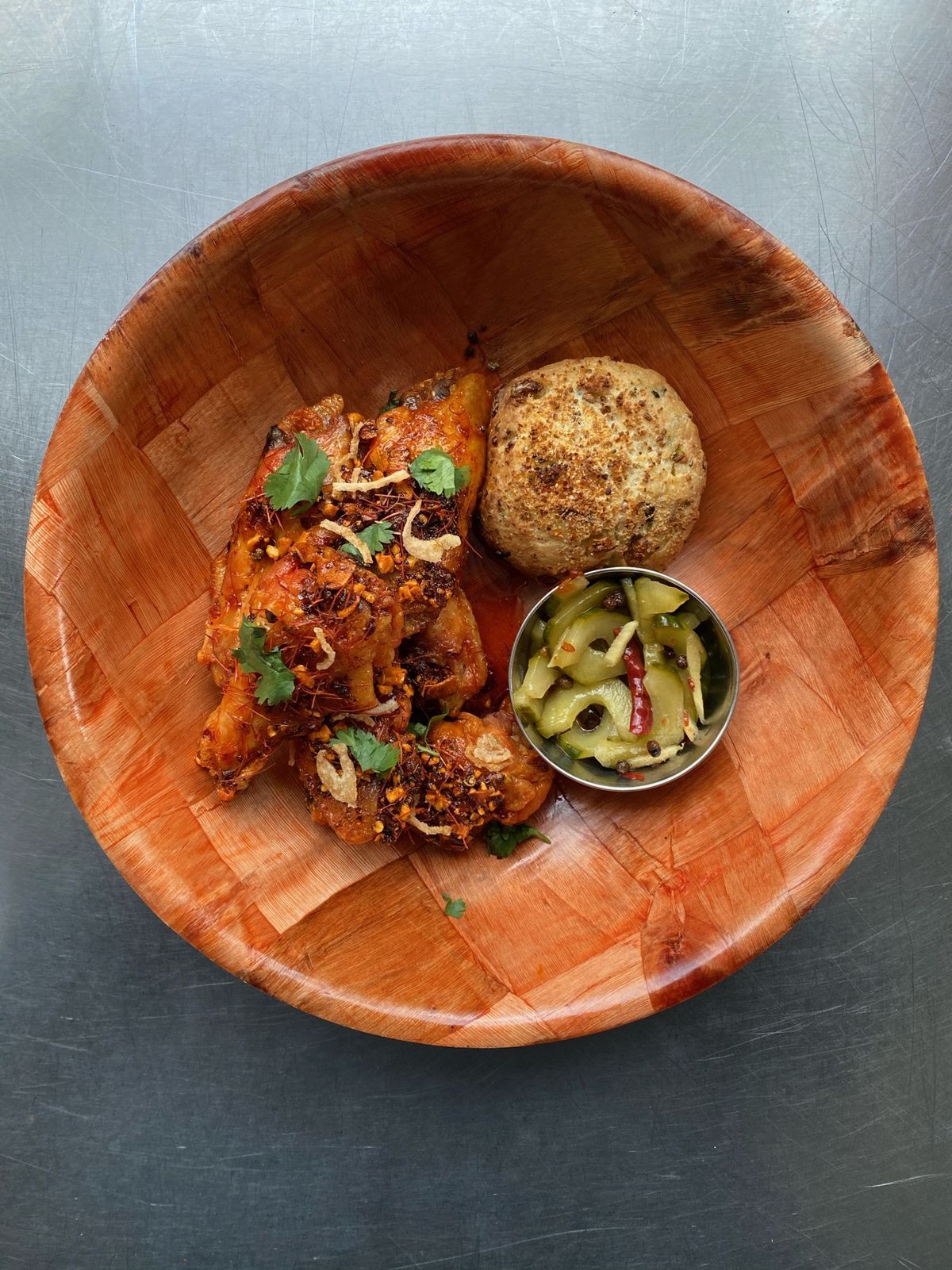 Wings and a biscuit from Side Biscuit Courtesy photo

“We all learn from one another,” says Inhanthong. “Chef G teaches professional kitchen skills. I share my wok burner, which is better than any burner you have in a kitchen, ”she says. “We support each other through thick and thin.”

Whether it was selling their first pop-up to an applause like Thai in less than an hour or selling more than 400 pounds of chicken from its driveway to Balduf, each of these creators had a moment when they realized it was more than just a hobby. Through the pandemic, they have found the opportunity to realize their culinary dreams and promote a community in one of the most isolating periods of our lives.

With the world opening up, these pop up owners are saying they have nowhere to go. The goals of opening bricks and mortar, food trucks and ongoing pop-ups are on the horizon. Although the future is unknown, they agree that Misfit Biscuits will continue to support each other’s endeavors well beyond the pandemic.