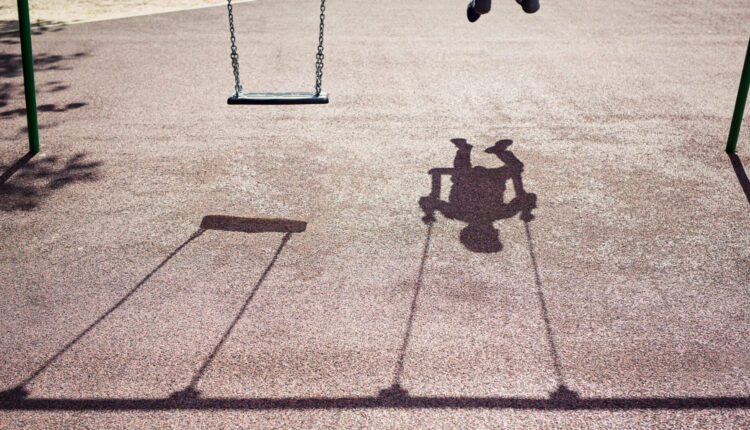 House Dems have a bill to make grooming a crime, but Republicans aren’t signing on  ⋆

As many Republicans push conspiracies about schoolchildren being “groomed” in public schools, a bill introduced by Democrats in the Michigan House that would create a legal pathway to prosecute people who “groom” minors in sexual abuse cases idles, untouched by the Republican majority.

Grooming has now become a political attack word, advocates for the bill say — which could derail its future.

After sparking the fight against critical race theory (CRT), a graduate-level theory that examines the systemic effects of white supremacy in America, far-right activist Christopher Rufo — who testified before the Michigan Senate Education Committee last year — riled up his base on Twitter, preparing them for the next cultural flashpoint: “grooming.”

I now see grooming being used as a coding attack word suddenly, in ways that I never really expected it to be used.

“Those manipulative behaviors are designed around coercing whomever that intended victim would be, to give access to and allow an offender to start breaking down barriers,” said Merritt, who was chosen by the U.S. Department of Justice to lead the Sexual Assault Kit Initiative in Jackson County.

However, Democrats say Republicans have made a caricature of the concept of grooming to try and punish districts with inclusive curriculums and school libraries with books that include LGBTQ+ characters.

And Democrats told the Advance that exploiting the definition of grooming could actually hinder efforts to hold groomers accountable.

LaGrand said allegations of one former House member sexually abusing and grooming a teenage girl “clarified the need” for HB 5767.

Former House Speaker Lee Chatfield (R-Levering) is currently being investigated by the Michigan State Police on allegations from his sister-in-law that he groomed her since she was a child and had been sexually abusing her for years, beginning when she was about 15. Chatfield has denied the allegations, claiming it was a consensual relationship when she was an adult.

Democrats in the House have called for an investigation into Chatfield’s conduct, but current House Speaker Jason Wentworth (R-Clare) has rejected the request.

“It’s not something I was trying to do to score political points,” LaGrand said about the bill.

Despite Republicans using the fight against grooming as a rallying cry and a fundraising tactic, no Republican members in the Michigan House have signed on to the bill.

“I now see grooming being used as a coding attack word suddenly, in ways that I never really expected it to be used,” said LaGrand. “There’s political rhetoric and that’s what’s going on on the right right now. And then there’s legal procedures. Given that I’m a lawyer, I’m not concerned that legal procedures are going to get corrupted by the talking points of the day.”

Republicans in the Legislature have posed what they refer to as  “grooming” as one of their top priorities, but instead of addressing the concerns through legislation, they have used it as bait to fundraise.

In April, state Sen. Lana Theis (R-Brighton) sent out a fundraising email that said Sen. Mallory McMorrow (D-Royal Oak) and other Democrats “are outraged they can’t … groom and sexualize kindergarteners or that 8-year-olds are responsible for slavery.”

McMorrow fought back, expressing her disgust with Theis’ comments during a floor speech that went viral and even caught the attention of President Joe Biden, who called McMorrow and praised her for speaking up.

Theis did not respond to a request for comment when asked about HB 5767 and if she has considered introducing a similar bill into the Senate.

But Theis is far from the only Republican who is claiming that Democrats who fight to allow LGBTQ+ literature and curriculums in K-12 schools are “grooming” schoolchildren.

“President Biden is forcing 5-year-olds to learn about gender reassignment surgeries, gender identities and other radical ideas. Every American needs to step up TODAY and stop this sick and twisted ideology from poisoning our children,” Barrett wrote in the message to supporters.

Initially Barrett’s fundraising efforts came via text and appeared to be an appointment confirmation for “Your Child” to receive “Gender Reassignment Surgery Tomorrow at 9 AM.”

“If you would like to CANCEL this appointment because you do not believe in teaching young children about dangerous transgender ideologies, please sign your name NOW,” the text read.

National Republicans who have been pushing grooming to be the next big culture war include Georgia U.S. Rep. Marjorie Taylor Greene, who recently tweeted that “Democrats are the party of killing babies, grooming and transitioning children and pro-pedophile politics,” and conservative commentator Laura Ingraham, who has referred to public schools as “grooming centers.” State Rep. Kara Hope (D-Holt), who has co-sponsored HB 5767, said the attacks on Democrats and public schools are “offensive, ignorant, harmful and dangerous.”

“This is not a term to throw around,” Hope said. “The Democrats’ bill is about the actual prosecution of a sexual abuse case. We’re not tossing this language around in fundraising emails or using it lightly. For a group that purports to care about children, they’re sure using this terminology in a very insensitive and uninformed way.”

Hope argues that the politicization of grooming is taking the meaning out of the issue.

“To make light of this term or to use it in a politically manipulative way is harmful to victims,” Hope said.

A number of child advocacy centers in Michigan that the Advance reached out to declined to comment on the issue because of how it has become politicized.

That’s something that Merritt fears could happen with grooming, which is an issue that he believes should be able to garner bipartisan support.

“The first place we have to come from is acknowledging that we all agree sexual abuse is bad and wrong and that there are common themes, common plans and common manipulative behaviors that offenders engage in to be able to abuse individuals,” said Merritt.

Merritt called HB 5767 a “good first step” to an offender-focused prosecution of people who intend to sexually abuse individuals, even if they aren’t successful.

“If we were able to show the criminal intent, the criminal behavior in grooming, that would be the most evolutionary thing we are able to do to stop victimization before it takes place,” Merritt said.

But so far, the bill hasn’t been able to get a hearing from the GOP-led Legislature. The same day it was introduced, it was referred to the House Judiciary Committee.

“I introduced the bill not seeing a great likelihood of movement immediately. But it’s important to introduce concepts so that we can start discussions,” said LaGrand. “It’s a long deliberative process to make structural changes to the way things have always been.”

A Sexual Assault and Years of Calls From Debt Collectors