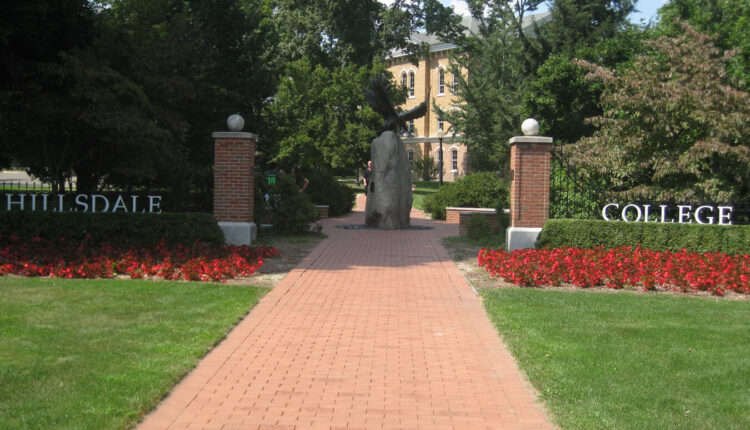 The chairman of Tennessee’s House Education Administration Committee says Hillsdale College’s plan to operate dozens of charter schools in Tennessee has been “shattered” by comments the conservative Michigan college’s president made about teachers and colleges of education.

Rep. Mark White, R-East Memphis, in a Facebook post, vehemently disagreed with Hillsdale College President Larry Arnn, contending he was trying to tear down his opposition with criticism of public school teachers and the educational system when he spoke at a Williamson County reception attended by Gov. Bill Lee.

“When the General Assembly convenes again next January any hope that Hillsdale will operate in Tennessee has been shattered,” White said.

Hillsdale’s Arnn plans to open 50 charter schools in the state, a process that goes through local school boards and then a state charter authorizing commission.

At a recent reception in Williamson County, Arnn took shots at teachers, saying they are educated in the “dumbest parts of the dumbest colleges in the country” and that his goal in Tennessee is to show that anybody can be a teacher.

Lee told the audience at the recent event he wants Hillsdale to open 100 charters, eliciting a round of applause. Under the new charter law, the state authorizing body can approve applications even after they’re rejected by a school board.

But White, who helped form the commission through legislation, said the “damage is done” for Hillsdale. He made the statement after Lee declined to disavow Arnn’s damaging words.

White acknowledged the charter approval process lies outside the Legislature but told the Tennessee Lookout if any bill comes before the Legislature dealing with Hillsdale it will be rejected.

The committee chairman said he would continue trying to find solutions to improve the state’s education system. White supported the charter movement as well as the governor’s education savings account program.

However, he said Hillsdale, based on Arnn’s comments, “will not be a part of that solution. This applies to any and all groups that denigrate others to advance their own cause,” White added.

Hillsdale would be using state funds to establish charter schools, since they are considered part of the public school system.

A Hillsdale spokeswoman was not immediately available for comment.

Meanwhile, the presidents of Tennessee’s two largest universities are treading lightly on Gov. Lee’s refusal to disavow statements critical of teachers and colleges of education.

University of Tennessee President Randy Boyd and MTSU President Sidney McPhee both defended the value of teachers across the state but stayed silent about Lee’s response to comments by Hillsdale College President Larry Arnn.

McPhee, in a statement, pointed out that while MTSU has become a major comprehensive university, it has “remained true to its education roots.” It was founded in 1911 as a normal school for teacher training and is the top university in the state for education degrees and certificates as well as the number one producer of Tennessee teachers with the “highest overall level of effectiveness.”

“Our teacher alumni make a difference every day and we are proud of their hard work, sharp intellect and great dedication in service to our state and nation,” McPhee said.

Boyd, who was defeated by Lee in the 2018 gubernatorial Republican primary, sidestepped criticism of the governor and Arnn, too.

“I am incredibly proud of our education programs on all four of our undergraduate campuses, and the graduates they are putting in classrooms across the state,” Boyd said.

He pointed out the University of Tennessee system announced plans in May to join with the Tennessee Department of Education on a $20 million partnership to increase the state’s educator pipeline through the Grow Your Own initiative, a program to educate and keep professional teachers in Tennessee.

Boyd and McPhee opted not to comment directly on the situation in which Lee refused to rebut the debasing of teachers by Arnn, who also said modern education is based on “enslavement” and that teachers “feel entitled” to manipulate children.

State Rep. John Ray Clemmons said Monday he was “incredibly disappointed” in the silence of the university presidents but suspected they’re concerned about budget cuts from the Lee administration.

“Silence in the face of such an affront is unacceptable. Bill Lee didn’t just offend teachers and teacher colleges, he insulted every one of us who ever benefited from a teacher and understands and appreciates their true value and commitment to education,” Clemmons said.

In the wake of public criticism, Lee proclaimed support for teachers, saying they have a “calling” to the profession. But he declined to criticize the statements of Arnn, instead praising the vision of Hillsdale College and saying he believes Tennesseans share that view.

When the General Assembly convenes again next January any hope that Hillsdale will operate in Tennessee has been shattered.

When questioned by reporters last week, Lee said an initial TV report by NewsChannel5 took Arnn’s comments out of context because they were targeted at “left-wing” attempts to change education at the national level.

A Hillsdale College spokeswoman said Arnn was criticizing the educational bureaucracy for “disservice” to educators and students.

The ordeal could prove to be Hillsdale’s undoing as it applies to operate charter schools in Tennessee, he said.

“The president of Hillsdale has no role in shaping education policy in Tennessee, nor should he. Arnn’s comments were ill-conceived, unfortunate and untrue. His organization is eligible to apply to operate charter schools in Tennessee, just like any other operator. When and if they apply, they will be subject to the same process as anyone else and these comments will feature prominently in the vetting process,” McNally said.

This story first ran in the Advance‘s sister outlet, the Tennessee Lookout.