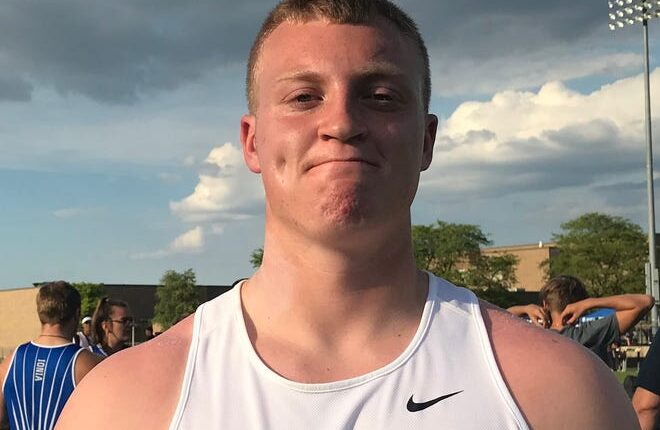 Championships were won by a few boys and girls high school track teams over the weekend.

Here is a look at some of the top performances by individuals from Greater Lansing during regional meets.

The junior distance standout was part of first-place finishes in both his individual events and a relay for the Yellowjackets. He had his second-fastest time in the 1,600-meter run, finishing in 4:30.80 while taking the title. Allen won the 3,200 in 9:53.31 and contributed to winning Ithaca’s 3,200 relay.

The senior won all three of his individual events and was part of a runner-up relay while helping the Eagles win a Division 4 regional Saturday. Barker won the 110 hurdles in 15.64 seconds, the 300 hurdles in 41.46 seconds and cleared 5-feet, 9 inches while winning the high jump. Barker contributed to a runner-up 1,600 relay for the Eagles.

The senior standout was a major component while helping the Rams capture a regional championship. He was first in all four of his events, setting personal records in two. Reed set a personal record while winning the 100 in 10.6 seconds, had a personal-best time of 21.87 while winning the 200 and won the long jump with a jump of 22-9. Reed anchored Holt’s winning 400 relay.

The senior was part of three first-place finishes while helping the Pirates win a Division 3 regional title Thursday. Schafer swept the hurdles events, taking the 110 title in 15.26 seconds. He had a personal-best time of 40.15 seconds while winning the 300 hurdles. Schafer was also part of PW winning 400 relay and runner-up 800 relay.

The senior helped the Trojans capture a Division 1 regional championship on Friday. Hawkins had her second-fastest time of the season while winning the 200, finishing in 25.38 seconds. She won the 400 in 56.83 seconds.

The New MADD Movement: Parents Rise Up Against Drug Deaths

Dinosauria is back at the Detroit Zoo – Daily Tribune