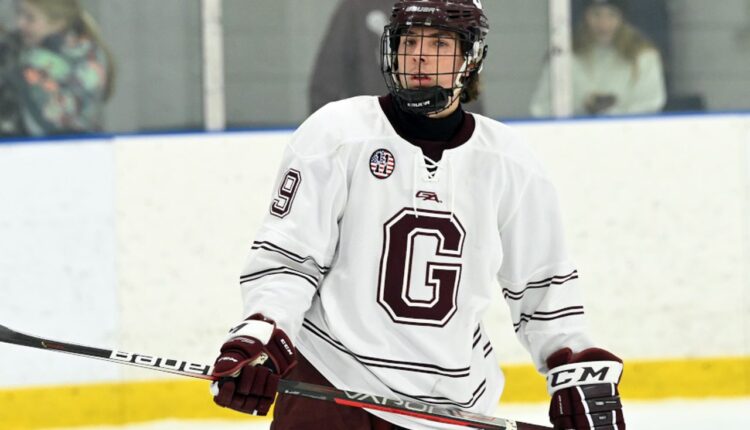 Grandville’s hockey team is 10-2 and ranks fourth in Division 1.

A team doesn’t enjoy that kind of success without having key players throughout the dressing room and Senior Gunnar Suidinski is one of them.

Suidinski was named the first Grand Rapids winter sportsman of the week of the season in a MLive.com poll that closed Friday morning, gaining over 58 percent of the votes cast. Suidinski scored two goals in Grandville’s 8–4 win over Lakeland on January 7 and two more the following day in a loss to Milford.

“Gunnar is a great additional player,” said Grandville manager Joel Breazeal. “It can be used with different players, and it works because of its selfless nature, exceptional ability to skate, and because he controls the game with his possession of the puck. Because of that, he’s a great person to add to any type of line mix. “

The Bulldogs, who made it through to the state semi-finals last year, are playing at a tournament in Traverse City this weekend. Grandville meets Alpena today and Saginaw Heritage on Saturday.

Suidinski has scored seven goals and seven assists in Grandville’s first 12 games. He is a three year old college player.

“He’s been a constant performer to us and he always has been,” said Breazeal. “But definitely in his senior year, his contributions were significant.

“Experience is certainly one of them. He has gained a lot of gaming and situation experience. That’s huge. He’s a more confident gamer. Being an older player on the ice, he understands, “I can handle this and do this. I’ve seen this situation before. ‘ This is where this trust comes into play. “

Check out the full results below. A new poll will be published on Monday. Please send candidates an email to [email protected]