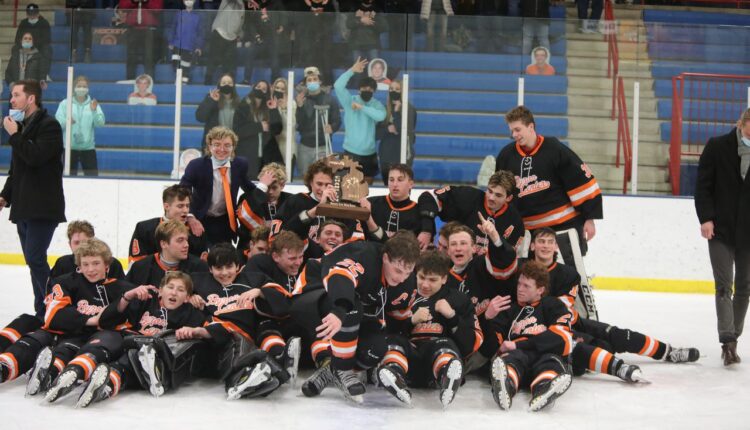 Take a look at the results of today’s regional end-action and see where each team is going next.

The Rams overcame deficits of 2-0 and 3-1 to tie them up and force overtime. After a goalless first extension, Rockford’s Owen DeVries scored the winning goal. Rockford will play Grand Rapids Christian in Ferris State University’s quarter-finals on Wednesday at 7 p.m.

The Bulldogs advance to the quarterfinals after defeating the Eagles on Saturday afternoon. Grandville was 1-0 behind after the first, scored two goals in the second before breaking out with four goals in the third. The Bulldogs will play against Rockford in a quarter-final game at 7pm on Wednesday.

The Bulldogs, who fell 2-1 after two seasons, took the win with two goals in the third period, including game winner Logan Nicklaus. Byron Center, 16-0, plays Hartland on Tuesday at 6:30 p.m. in Michigan State.

Region 20 in Catholic Headquarters (in the Southside Ice Arena)

The Cougars defeated the Rangers in the regional final for the second year in a row. Catholic Central will face Flint Powers in Michigan State on Wednesday at 5:15 p.m.