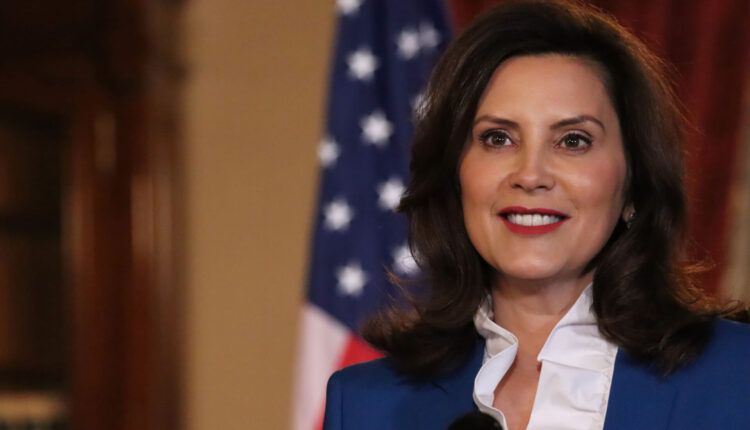 Republican and Democratic lawmakers on the House Oversight Committee butted heads Wednesday as they considered a massive 31-bill legislative package to curtail state emergency powers, although GOP sponsors argued that most bills would merely repeal unused or redundant statutes.

GOP legislators in both chambers of the Legislature have tried repeatedly over the last two years to strip Democratic Gov. Gretchen Whitmer of her emergency powers, as they do not agree with her administration’s actions to contain the COVID-19 pandemic.

The lawmakers have repeatedly sought to give the legislative branch the final say in public health decisions. Those attempts included numerous bills to limit the emergency orders from the governor or the Michigan Department of Health and Human Services (DHHS) to 28 days, after which the GOP-led Legislature would have to approve another extension.

Whitmer vetoed all such efforts.

State Rep. Julie Alexander (R-Hanover) sponsored the cornerstone bill in the package, House Bill 6184, which again seeks legislative approval for any such extension past 28 days. She testified on each piece of legislation before the committee Wednesday and said it is her “honor” to comb through Michigan statutes on emergency powers and see what can be changed.

In addition to requiring the Legislature to approve a DHHS director’s emergency order extension, the director would also need to provide information on why the order is necessary.

State Rep. Jack O’Malley (R-Lake Ann) said he has always worried that, “with the way our nation structures its emergency powers, we could grant our chief executive — president or governor — [the] opportunity to take over and not give power back.”

State Rep. Julie Brixie (D-Meridian Twp.) said this newest effort to cut down the emergency powers of the state is an “unfortunate commentary of the state of affairs that we have today in terms of our ability to work together.”

Brixie asked the panel, and specifically Chair Steven Johnson (R-Wayland), whether they know how many Michiganders have died of COVID-19 since 2020. She did not receive an answer and Johnson rebuffed her question as off-topic.

As of Wednesday, 36,675 individuals in Michigan have died from COVID-19.

O’Malley said he feels that if a chief executive like Whitmer has too much power, the Legislature cannot “partner” with them.

“Maybe it’s just me, but it doesn’t look like 30 Republican bills removing executive powers seems like a partnership,” Brixie replied. She pointed out that the GOP-led Legislature has not yet been able to successfully disseminate billions of federal COVID-19 relief dollars to the state.

State Rep. Stephanie Young (D-Detroit) noted that the decisions and emergency orders made by Whitmer’s administration during COVID-19 were informed by leaning on top health experts. She questioned how bringing more than 100 legislators with differing opinions to the decision table would make for better and more informed decisions than those health experts.

Alexander said her experts are constituents in her district that she feels are well informed.

State Rep. Jeff Yaroch (R-Richmond) chimed in, claiming that since several current legislators are former health workers, “the expertise of the Legislature far exceeded any press conference that Gov. Whitmer had.”

He incorrectly stated that neither former Chief Medical Executive Dr. Joneigh Khaldun nor former Michigan Department of Health and Human Services (DHHS) Director Robert Gordon had relevant expertise in public health to guide the state through the pandemic.

Johnson said that he is “sad to see” partisanship on the issue and hopes lawmakers “can get past that” to see eye-to-eye.

GOP sponsors also noted that the 28-day limit on the bills would provide consistency across the board, in addition to putting checks on emergency actions.

Another bloc of the package’s bills, House Bills 6185-6192, would repeal what Alexander described as “outdated, duplicative or unnecessary grants of power.”

The eight bills tackle everything from abandoned mine reclamation funds to banks, mobile homes and hunting licenses. Alexander said many of the statutes grant powers that are already granted to various state departments under the Administrative Procedures Act (APA), while others have not been used in years or never used at all.

Also discussed was HB 6193, which would limit health inspector powers in the event of an infected and uninhabitable dwelling. Currently, Alexander said, a health inspector may issue an order forcing all occupants of a home to vacate within 24 hours if the dwelling is infected with a contagious disease, is dangerous to life or health, or for any cause.

The bill would eliminate the phrase “for any cause,” while extending 24 hours to 10 days.

Alexander said that the phrase could in theory “lead to abuse,” although she admitted there are no known examples of it being abused since the statute’s adoption in 1917.

“We have no evidence that it’s been misused since 1917,” Brixie said. “… There’s no reason to have this kind of mistrust.” Pushing back on Brixie, Yaroch claimed that the 1945 Emergency Powers of the Governor Act (EPGA) “was not abused until 2020” by Whitmer.

The EPGA was permanently toppled last July by a veto-proof petition before the Republican-led Legislature. Whitmer had leaned on the emergency power law and others in the early days of the pandemic, before a GOP-appointed majority on the Michigan Supreme Court ruled it unconstitutional in October 2020.

The court noted in its ruling, however, that Whitmer had interpreted the law correctly despite the law itself being unconstitutional.

The final set of bills taken up Wednesday, House Bills 6198-6214, would require that if emergency powers are used, the Legislature must be notified.

“Quite frankly, I think this legislation should go a lot further. I think we should get rid of a lot of this stuff,” Johnson said.

Before adjourning, Johnson asked committee members to submit any proposed changes or amendments before Tuesday. He said will likely try to have the panel vote the bills out of committee after House session that day.