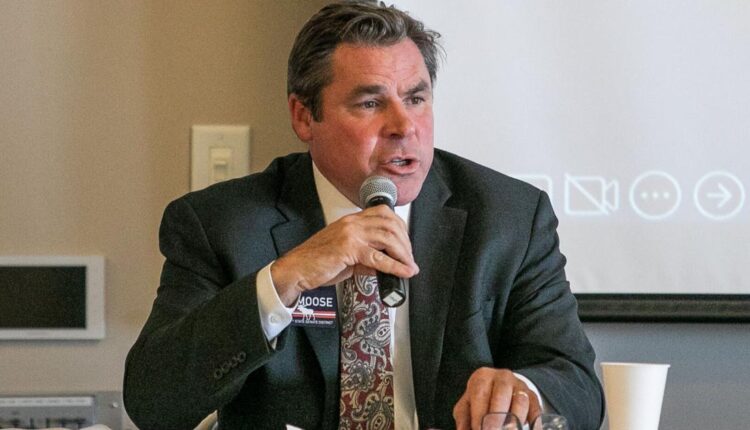 TRAVERSE CITY — Republican incumbents in northern Michigan state senate races held onto their seats Tuesday. But they’ll be part of a much different state Legislature — one in which they’ll be in the minority party.

In the 37th District — which includes Grand Traverse County, along with all or parts of Antrim, Charlevoix, Cheboygan, Chippewa, Emmet and Mackinac counties — outgoing Republican Wayne Schmidt, from Traverse City, will be succeeded by current state Rep. John Damoose, R Harbor Springs.

Damoose, who defeated Democratic challenger Barb Conley 55.3% to 42.9%, did not respond to a call for comment.

“I would like to congratulate everybody who won,” Conley said. “And really everybody who ran at all for actually stepping up to do this civic duty. … I think we did have some really significant wins as Democrats.”

Conley plans to continue in her current positions on the Benzie-Leelanau Board of Health and Northport School Board, as well as in ongoing efforts to improve housing availability in the region.

State Rep. Michele Hoitenga, R-Manton, won her race for the 32nd District, which covers the western shore from Benzie to Muskegon counties. Hoitenga did not respond to a call for comment.

36th District Senate seat incumbent Republican Jon Bumstead beat his opponent, Democrat Terry Sabo, by a margin of 52.8% to 47.2%. That district covers much of the western half of northern lower Michigan, and includes Kalkaska county.

“I am at peace knowing we gave it our all,” Sabo said in a Facebook post. “There is no shame in that. We knew it was going to be an uphill battle, based on the base numbers, and going against an incumbent for the biggest portion of the district.”

“Michelle is not my enemy,” he said. “She’s my opponent. I wish her the best of luck, but she’s going into the minority now. … Working in the majority is a lot easier to do, because your party’s in control, and you can usually get a lot of cooperation that way.”

Statewide, Democrats were able to narrowly take control of the Senate, 20-18, after years of Republican rule. It’s the first time in nearly four decades the Democrats have had a “trifecta” in state governance — holding control in both houses of the Legislature as well as the executive branch.

Report for America corps member and data journalist William T. Perkins’ reporting is made possible by a partnership between the Record-Eagle and Report for America, a journalism service project founded by the nonprofit Ground Truth Project. Generous community support helps fund a local share of the Record-Eagle/RFA partnership. To support RFA reporters in Traverse City, go to www.record-eagle.com/rfa.

No GOP ‘wave,’ but Republicans could still gain control of U.S. House ⋆