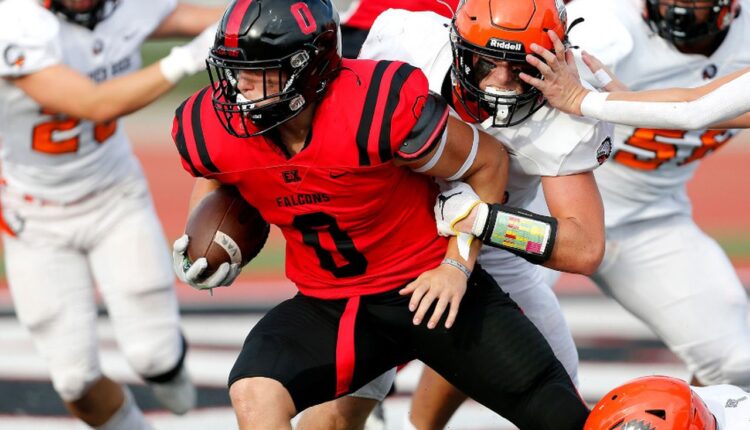 It was a limited schedule that saw Caledonia, Catholic Central, East Kentwood and Zeeland West earn victories. Check out scores and highlights below.

Kellen Russell-Dixon scored on a pair of 3-yard first half runs, and his interception set up Connor Wolf’s 2-yard touchdown pass to Nate VanTimmeren to put the Cougars (2-0) up 20-0 at halftime. Sean Sullivan and Billy Mikolay scored on short touchdown runs, and Ryan Eastland returned a fumble 54 yards for a score. The Cougars’ defense hasn’t given up a point this season. Loyola’s only score came on a fumble recovery.

Andrew Welch’s 26-yard field goal as time expired lifted the Falcons to victory at home for the Falcons (1-1). Ben Cash was 11-of-14 through the air for 126 yards, and he rushed for 83 yards and a touchdown. Stellan Bowman finished with 52 rushing yards, one touchdown and eight tackles.

The Dux (2-0) opened up a 20-0 first-quarter lead at Cedar Springs. Parker Holman scored on touchdown runs of 32, 58 and 28 yards, and he finished with 174 yards on nine carries. Rolando Robelin opened the game’s scoring with a 49-yard touchdown run. Trenton Bolhouse, Orion Yant and Brody Smeyers each had seven tackles for the Dux, and Bolhouse had an interception. Nate Slager had six tackles for the Red Hawks (0-2), while Ryan Mitchell had five and recovered a fumble.

The Bengals fell to 0-2 on the season with the road loss.