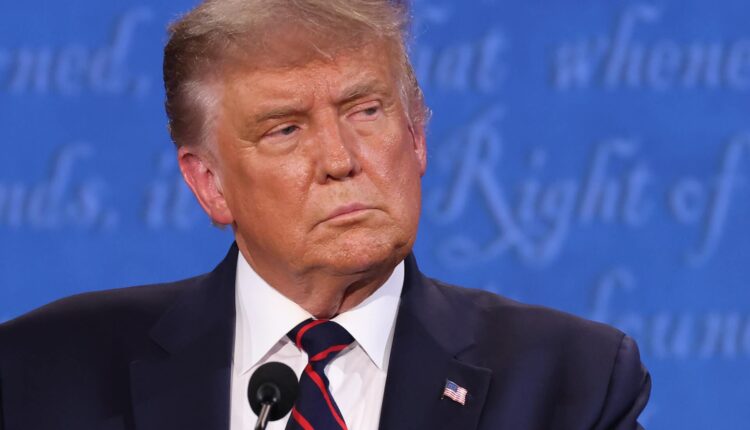 CNN, Bloomberg and other Florida media outlets have reported that the FBI “has executed a search warrant” Monday at former President Donald Trump’s Mar-a-Lago home in Palm Beach.

NBC reported that Trump, in an email statement said, in part, that:

“These are dark times for our Nation, as my beautiful home, Mar-A-Lago in Palm Beach, Florida, is currently under siege, raided, and occupied by a large group of FBI agents,” according to his Save America political committee…

“After working and cooperating with the relevant Government agencies, this unannounced raid on my home was not necessary or appropriate,” Trump stated in the email.

The New York Times reported that the search seemed focused on documents Trump brought from the White House after he left Washington. “Those boxes contained many pages of classified documents, according to a person familiar with their contents,” the newspaper said.

Georgia Recorder columnist Jay Bookman, who covered Georgia and national politics for nearly 30 years for the Atlanta Journal-Constitution, tweeted this evening: “I’d say it’s 80-90% likely that the FBI raid on Mar-a-Lago is connected to the gov’t documents that Trump stole, not to the insurrection. But if so, a raid on an ex-president is such a huge event that the feds must strongly suspect criminal intent in taking those documents.”

Trump described the situation as “prosecutorial misconduct, the weaponization of the Justice System, and an attack by Radical Left Democrats who desperately do not want me to run for president in 2024, especially based on recent polls, and who will likewise do anything to stop Republicans and Conservatives in the upcoming Midterm elections,” according to the Trump email statement tweeted by the New York Times.

Republican Gov. Ron DeSantis responded with a tweet this evening: “The raid of MAL is another escalation in the weaponization of federal agencies against the Regime’s political opponents, while people like Hunter Biden get treated with kid gloves. Now the Regime is getting another 87k IRS agents to wield against its adversaries? Banana Republic.”

And U.S. Sen. Marco Rubio of Florida tweeted: “Using government power to persecute political opponents is something we have seen many times from 3rd world Marxist dictatorships. But never before in America.”

The IRS issue relates to the U.S. Senate on Sunday passing a sweeping energy, health care, climate and tax package. That legislation would give the IRS nearly $80 billion, which would include 87,000 new IRS jobs to help with tax enforcement and other measures.

That said, DeSantis himself pushed to create his own new election-crime investigation team. The Legislature had voted to create it at DeSantis’ urging in a GOP push to ensure “voting integrity,” though the 2020 election ran smoothly in Florida.

“The news of the FBI action comes amid an increasingly complex thicket of legal threats encircling Trump and his inner circle,” Politico reported.

“Most prominent among them is the escalating investigation of efforts by Trump and his allies to disrupt the transition of power in 2020, in part by attempting to appoint fraudulent presidential electors that would create a pretense for blocking Joe Biden’s victory,” Politico said.

However, “The media is missing the really, really big reason why the raid today is a potential blockbuster in American politics,” tweeted Marc E. Elias, a Democratic elections lawyer who mentioned the U.S. Code on concealing or removing records.

The passage states:  “Whoever, having the custody of any such record, proceeding, map, book, document, paper, or other thing, willfully and unlawfully conceals, removes, mutilates, obliterates, falsifies, or destroys the same, shall be fined under this title or imprisoned not more than three years, or both; and shall forfeit his office and be disqualified from holding any office under the United States, Elias bolded in the twitter comment.

Democratic Agriculture Commissioner Nikki Fried responded to the evening’s events, saying in a tweet that “Ron DeSantis is defending Donald Trump instead of the rule of the law, so I’ll be holding a press conference tomorrow in front of the governor’s mansion to remind Floridians that nobody is above the law.”

Fried is a gubernatorial candidate in the Democratic primary Aug. 23.

U.S. Rep. Charlie Crist, also a gubernatorial candidate in the primary, issued a statement related to the FBI raid:

“In the United States of America, no one is above the law, not even a former President.

“Governor DeSantis’s knee-jerk partisan response to this law enforcement action proves yet again he is more interested in playing politics than seeking justice or the rule of law.

“Healing and uniting our state and nation starts with respecting the rule of law. If Ron DeSantis can’t understand that, or refuses to, he’s not qualified to be governor of Florida.”

After ‘a Lot of Doors Shut in Our Face,’ Crusading Couple Celebrate Passage of Burn Pit Bill