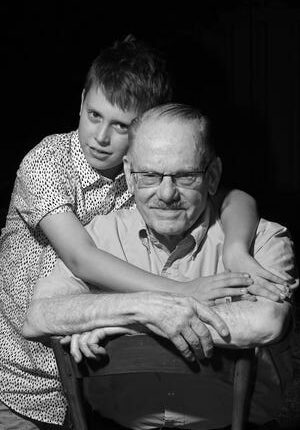 Robert Ankeny, a tough but brilliant Detroit News reporter who covered various beats from 1969-1995 while settling in as the “courtroom authority,” died Monday, March 7, 2022, at Angela Hospice in Livonia.

He was 86. Mr. Ankeny had been in good health until he fell in mid-December, said his daughter, Rachel Ankeny.

Mr. Ankeny reported on many of the biggest Michigan-based stories of the late-20th century, including the disappearance in 1975 of former Teamsters president James R. Hoffa, the 1986 acquittal of auto tycoon John Z. DeLorean, Detroit mobsters’ control of the Aladdin hotel in Las Vegas as well as the Teamster pension plan, and the fall from the grace of former Michigan governor John Swainson.

“Bob was a throwback newspaper reporter,” said former Detroit News investigative reporter Norm Sinclair. “He was dogged in his pursuit of facts and meticulous in his presentation of a story. But even the targets of his reporting would agree that at all times, Bob Ankeny was a gentleman.”

Known affectionately by friends and colleagues as “Ank,” he was also immortalized as “Bob Ankanazy” in William X. Kienzle’s series of mystery novels that started with 1978’s “The Rosary Murders.” In those books, Bob was a Detroit News reporter/editor with deep sources in the legal community, and a tendency to scoff at the “upstart” Free Press.

In his reporting career, Mr. Ankeny’s kindness and compassion stood out.

Dearborn Mayor Orville Hubbard, described by Roy Wilkins of the NAACP as “the meanest man in race relations,” once threatened Mr. Ankeny physically, telling a group of city department heads, “Take him to the top of city hall, throw him off , and see how high he can bounce.”

Hubbard’s ire was prompted by a front page story Mr. Ankeny wrote in 1972 revealing that the mayor’s son and longtime girlfriend had benefited from some sketchy real estate transactions with the city.

That sort of sharp-edged reporting drew anger from some dangerous people over the years. But Mr. Ankeny had the gift of disarming even his harshest critics. After The News shifted him to the federal courts beat, Hubbard called to ask if he really wanted the new assignment. If he didn’t, the mayor promised a job at City Hall. (The answer was a hard no, from Mr. Ankeny).

Mr. Ankeny did relish telling a good yarn, such as what caused a group of Canadian bikers to jump him outside Ginopolis in downtown Detroit, or the eye-watering details of what Henry Ford II and wife Cristina’s lawyers dug up against each other in the couple’s divorce action.

He had a reputation for wearing out sources with relentless questioning. Former Detroit Mayor Dennis Archer said some of his interactions with Mr. Ankeny felt like depositions, given the myriad ways he would pose the same question, to get the answer he needed.

That persistence was backed up by integrity. “He was one of very few reporters who I could trust with an off-the-record comment and accurate reporting,” Archer wrote in an endorsement letter for Mr. Ankeny’s Michigan Journalism Hall of Fame induction.

Detroit News Editorial Page Editor Nolan Finley, who worked alongside Mr. Ankeny as a rookie reporter, echoed that. “A meticulous reporter, Bob assumed nothing, checked everything. And it seemed as if he knew everyone, everywhere,” Finley wrote in his endorsement letter.

In 1985, Mr. Ankeny was awarded the Detroit Bar Association’s Liberty Bell Award for public service by a non-lawyer. The DBA cited “Ankeny’s reputation among lawyers for his fair treatment of sensitive legal stories and for his ability to write about complicated legal issues in a form understandable to the general public.”

A widower twice over, Mr. Ankeny had a gift for friendship and stayed in contact with friends and even ex-girlfriends from high school and college days. He was part of a long-running poker game made up of active and retired journalists, with a sprinkling of PR operatives such as Frank Joyce of the UAW.

Former Detroit News reporter and editor David Good was part of that poker gang. Their friendship dated back to when Mr. Ankeny took over the News’ Dearborn/Downriver beat from Good.

“He was a sneaky-good poker player and, let’s say, an unrelenting storyteller, even when he was aware everybody had heard his story before,” Good said. “He also had this genuine empathy that made him special as a reporter, somebody who could write very tough stories about people without destroying his relationship with them.”

Mr. Ankeny even extended a kindness to Hubbard, who had expressed a desire to maim him. “Bob and I made a hospital visit together after Hubbard suffered his crippling stroke,” Good recalled. “We may have been the only newspaper people who thought to do that. But that was Bob.”

Mr. Ankeny offered help and guidance to younger reporters, but wasn’t bossy about it. He former told Detroit News reporter Lowell Cauffiel, now a Hollywood show runner, that it wasn’t enough to have a great narrative, he had to double-check everything. “Make that one last phone call,” was his advice.

Mr. Ankeny was born in Detroit in 1935 to William and Louise Ankeny. Family difficulties led to him being placed in the Evangelical Home for Orphans and Old People at age 12.

But by 15½ he was living in his own apartment, graduated from Cooley High School and placed in a Southeastern Michigan Scholastic Writing competition sponsored by the Detroit News in 1952, Ankeny told The News last year.

That same year he matriculated at the University of Michigan, studying engineering for a year before dropping out to go to New York City. There he worked as a thread factory manager by day, while by night, he honored his beat poet skills, Ankeny said.

He lived in a scruffy loft with friends, where they had to throw out a number of belongings of the previous tenant, an artist. Years later, when he was at an exhibit of that artist’s work at the Detroit Institute of Arts, Mr. Ankeny mused that the Robert Rauschenberg dioramas he and friends had tossed out were more interesting than the work on display at the DIA.

It wasn’t until Mr. Ankeny served in the Army Information Service from 1959-1960 that he caught the journalism bug, Ankeny told The News last year. He served as a reporter for the Army’s Fort Bliss (Texas) News, with Clark Hallas as his editor.

Hallas, who later became the politics writer for The News (and shared a 1981 Pulitzer Prize at the Arizona Daily Star), advised him to take a job as a police beat reporter with the Tri-City Progress in Warren after his Army stint. That paper was absorbed into the Macomb Daily, where he worked until he was hired by The News in 1969.

Mr. Ankeny’s lifelong habit of keeping everything, a result of having to keep a small number of belongings in a locker at the orphanage, came in handy in his reporting career. The fact that he kept every scrap of paper led to his scoop in The News explaining why jurors in the 1986 DeLorean trial acquitted the auto executive of violating the RICO Act (prompting DeLorean to shout “Praise God!” in court).

Three jurors believed DeLorean was guilty, but the jury thought, without an unanimous verdict, that they had to acquit. The defeated prosecutors didn’t poll the jury, so the judge didn’t discover the jury’s mistake until later. Only Mr. Ankeny still had the original instructions from the judge that confused the jurors, so his story in The News, with a photo of the document, which was the first to explain to readers exactly what had happened, and why.

In 1995, after going on strike with his Newspaper Guild and other unions, Mr. Ankeny took a job as a reporter with Crain’s Detroit Business, where he finished out his career, retiring in 2009.

At Crain’s, he covered Detroit mayors Archer and Kwame Kilpatrick, downtown development, mortgage fraud and the business of law. He was admired by the young staff, offering advice and access to his Rolodex of private phone numbers that was older than some of his co-workers.

He married teacher Gloria De Grazia Ankeny, and they raised their two daughters first, in a multicultural neighborhood in Detroit’s Seven Mile and Livernois neighborhood, then after 1967, in a similarly diverse area of ​​east Dearborn, where he lived for over 50 years.

He enjoyed hosting his wife’s large Italian family and a wide circle of friends, and the couple shared a passion for progressive causes. Gloria Ankeny died of cancer in 2001.

Until the pandemic, Mr. Ankeny enjoyed visiting his daughter, Rachel Ankeny, and grandsons in Australia, where he made new friends, as well as his daughter, Leah Ankeny Gotz, and grandchildren in Seattle.

He was excited to be voted in as part of the Michigan Journalism Hall of Fame’s 2022 slate of honorees in February. The induction will take place April 24 in East Lansing.

His wide circle of friends gathered around Mr. Ankeny in his last days, with some flying in from other states to be with him at Angela Hospice.

He also is survived by sisters Linda Joyce and Sandra Koester.

A memorial service will be held in Detroit at a later date. Because of his lifelong commitment to social justice and those in need in his hometown, his family suggests donations in his memory to Say Detroit (saydetroit.org) or to the Detroit Journalism Engagement Fund (https://cfsem.org/initiative/journalism ).

Susan Whitall is an author and former Detroit News reporter. You can be reached at susanwhitall.com