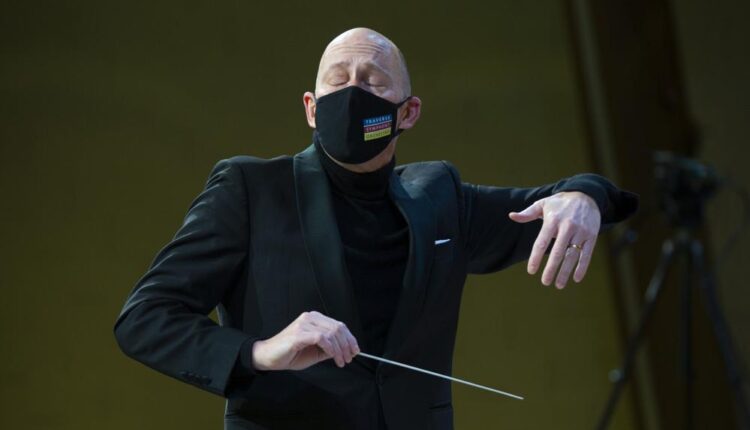 TRAVERSE CITY – Maestro Kevin Rhodes conducted his first concert by the Traverse City Symphony Orchestra in the week of the tragedy of September 11th.

He is celebrating his 20th anniversary with TSO amid a pandemic.

Between the national watershed periods, Rhodes led the TSO to one of the largest cultural assets in the region.

Rhodes was a musical force not only in Traverse City, but also in the main musical capitals of Europe. He has conducted for 50 different orchestras in 15 different countries, including some considered the best in the world.

“What I have brought and still bring (to the TSO) is the sense of everything that is possible for an orchestra,” he said.

The late Elnora Milliken, mother-in-law of TSO board member Mary Beth Milliken, founded the orchestra in 1951. Mary Beth describes Rhodes as a “ticket to the symphony”.

She said Elnora, a violinist, would make her mark on the development of the symphony under the maestro’s direction.

“I think she smiles because she perseveres and comes up with ideas to grow over time,” said Milliken.

Rhodes’ musical journey began in Evansville, Indiana. His parents ran a truck stop diner where classical music was as far from the musical menu as you could travel. The young Rhodes discovered his calling at school.

“I liked the feeling of performing and playing for people and communicating with an audience,” he said. “It became my meal.”

In 2001 he returned to the United States from Europe to take on the musical leadership of the TSO and the Springfield Symphony Orchestra in Springfield, Massachusetts.

He focused the TSO’s efforts on both organizational and artistic growth.

“I immediately had the feeling that everyone was keen to go on the trip with me,” he said.

The main trombonist of the TSO, Tom Riccobono, joined the orchestra five years before Rhodes took over the baton.

“TSO, under Kevin’s direction, has grown from a small regional orchestra to a major artistic force in the Grand Traverse area, attracting musicians from all over the country,” he said.

Rhodes mentoring helped the trombonist and many others increase their talent. In addition to teaching brass at the Interlochen Arts Academy, Riccobono added to his long list of conductors for the Benzie Area Symphony Orchestra.

“Kevin inspires us all to do better and get higher heights – because he did,” he said.

The TSO showed its flexibility by swiftly adapting the 2020-2021 season to the health guidelines.

The revised format includes a series of small ensemble concerts, virtual performances and pop-pop concerts in unexpected locations. A number of open-air concerts are planned for the summer.

Rhodes said that while the 60-plus orchestra has not been together for 12 months, their starting point will be “light years ahead” before their 2001 journey began together.

The new version of the symphony model by TSO has unleashed its potential for the future. The updated form expands the reach of classical music by engaging fans online and continuing to meet audiences on their own domain. Rhodes also plans to develop a Young Peoples Concert series for third, fourth, and fifth grade students.

Rhodes moved permanently to the area last fall, where he is closer to his family and the people who make up the future and the increasingly important cultural cornerstone of TSO.

“What I have brought and still bring with me (to the TSO) is the purpose
of everything that is possible for an orchestra. “Kevin Rhodes