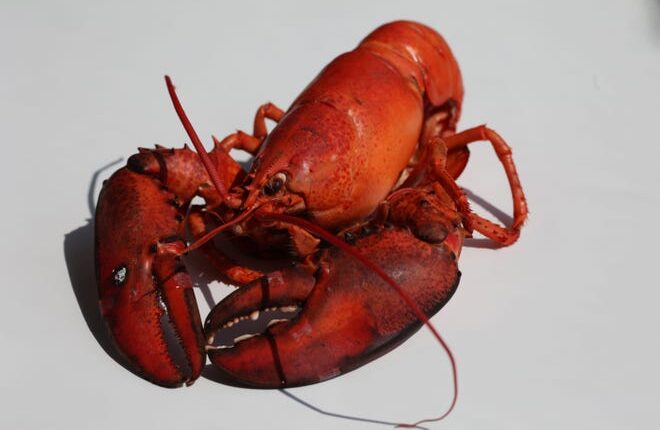 Food and dining in metro Detroit

Orders for lobster and seafood are being taken for Holiday Market’s annual late summer Lobsterfest.

The annual three-day event that’s been happening since 2005 is from Sept. 29 – Oct. 1 and offers special pricing on lobsters and other seafood. You can order lobsters live or cooked, as well as boiled or sautéed or raw shrimp. Mussels and littleneck clams are also offered at special pricing. You can order up to 10 lobsters per person per day.

Live lobsters, $10.99 per pound, are 1¼ pounds each. Cooked lobsters are $14.99 each. Lobsters will be cooked at a station in the parking lot behind the market.

Pricing on large, raw shrimp, already peeled and deveined, is $7.99 per pound. The shrimp will be available cooked (boiled or sautéed) for $8.99 per pound.

When ordering cooked items, the cooking times are 3-7 pm Thursday and Friday and 1-7 pm Saturday. Other seafood specials include 2-pound bags of mussels priced at $6.99 each. A bag of two dozen littleneck clams is $9.99. You can order at holiday-market.com or by calling 248-541-1414 and asking for the seafood department. Holiday Market is at 1203 S. Main St. in Royal Oak. If you want surf and turf, house-cut filet mignon will be $19.99 per pound, according to Holiday Market, during the three-day Lobsterfest.

Oktoberfest is underground at many metro Detroit bars and restaurants. Here’s a sampling of a few events.

Brown Iron Brewhouse, 30955 Woodward Ave., Royal Oak and 57695 Van Dyke, Washington Township. Both locations will be hosting their annual Oktoberfest celebrations now through Oct. 3 with a selection of imported beers and a curated German food menu. Since their openings, both locations have held the traditional two-week Oktoberfest celebration event. On tap, more than 25 German beers will be featured. You can pair the beer with a menu that includes German cheese spread with pretzel crisps, chicken Jager Schnitzel smothered in mushroom gravy and a platter with locally made German knockwurst and weisswurst. Both dishes are served with beer braised kraut and warm German potato salad. There’s also grilled currywurst and a German roast chicken. Brown Iron staff members will be outfitted in Lederhosen and Dirndl. Guests who also wear Dirndl or Lederhosen can receive 10% off their bill. On top of the beer and food offerings, Brown Iron is hosting a beer ‘Stein Hoisting’ contest with prizes. For information: browniron.com.

More:Take a peek inside the Sugar Factory in Detroit

frame bar, 23839 John R in Hazel Park. Now through Oct. 2, Framebar transforms to Germanbar, featuring Shawn Philips and Jana Lehmann, chefs and owners of DeutschTroit, a catering and restaurant pop-up. The DeutschTroit menu includes house-made soft pretzels, warm beer cheese, schnitzel and currywurst. There’s also a creamy dill cucumber salad, house-cured smoked pork loin and Landjager, a dry cured sausage. Bar offerings include classic German beers, local Oktoberfest brews, German wine flights and craft cocktails. Reservations are recommended, but you can walk in for a table or bar seating. Framebar is the casual counterpart to Frame restaurant. The restaurant offers themed dinners with metro Detroit chefs, food and wine experts. Framebar has a changing line-up of chefs throughout the year and is set in a more casual atmosphere with a neighborhood feel. For info: framehazelpark.com.

Dakota Inn Rathskeller, 17324 John R, Detroit. This Detroit German bar opened in 1933 and has been in the same family for 89 years.Oktoberfest 2022 at the Dakota kicks off Saturday with music and a ceremonial keg tapping. Events continue with live bands Fri.-Sat. through October. The Dakota will feature imported German beer and a hearty menu that includes Bavarian soft warmed pretzel, warm German potato salad, schnitzel, bratwurst and combination platters.For info: dakota-inn.com.

Super cool, 2442 Michigan Ave., Detroit. This casual and cool Corktown spot is hosting its second annual Oktoberfest Sept 25. Supergeil’s Oktoberfest runs 11 am-8 pm and features an all-you-can-eat German fare menu. The fare lineup includes brats, knackwurst, schnitzel, potato salad and more. A la carte, there are homemade soft pretzels for $5. There will be live music by the Route 161 Happy Wanderers and Kielbasa Kings, a costume contest and raffle. Supergeil is known for its wide range of European, Mediterranean and Middle Eastern including a Berlin-Style doner kebab. The restaurant was named a 2021 Detroit Free Press Top 10 Best New Restaurant. Tickets are $55 per person and include two beers. For information: supergeildetroit.com.

Only water is needed for this cereal

Run out of milk for cereal? Turn on the tap or reach for a bottle of water. Yes, plain water. Cereal giant Kellogg’s has launched a new cereal product designed to be easy and convenient and requires no milk, only water. Called Instabowls, these are portable and a single-serving size of cereal. All you need to do is add cold water to the fill mark and presto, the added proprietary milk powder in the container turns to real milk, according to Kellogg’s. What led to developing Instabowls?

“In recent years, there has been a huge trend toward portability for food, especially as busy schedules and life’s everyday curve balls prevent traditional sit-down meals,” said Chris Stolsky, Marketing Director at Kellogg Company in a news release. “We created Kellogg’s Instabowls as an easy solution for the ‘anytime cereal break’ so you can now bring your favorite Kellogg’s cereals with you wherever life takes you and not have to worry about milk, dishes, or clean-up.”

Look for a new brand in bright packaging at Kroger stores. The Cincinnati-based, nationwide retailer has launched “Smart Way” a new brand geared to being budget-friendly. Smart Way will be among Kroger’s other brands including its Kroger brand, Simple Truth, Private Selection, Home Chef and Heritage Farm. Items in the line include jars of pickles, dish soap and 4-pack cans of corn kernels and green beans. Smart Way features bright packaging with yellow accents.

Support local journalism and become a digital subscriber to the Free Press.

Detroit has more homeowners than renters. But who’s buying?