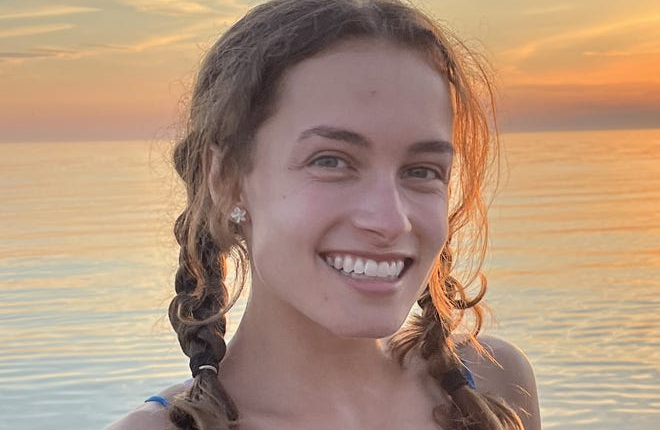 Anna Delgado knew she had trained more this year than in past summers.

So when the East Lansing senior entered her first 5K race of the season last week, she was anxious to see how her work would translate.

The great feeling Delgado had entered the run translated throughout that opening race at the Saranac Invitational as Delgado ended it with the best performance of her high school career.

Delgado finished the race with a personal record time of 17 minutes, 59.8 seconds while finishing as the individual champion. She was more than a minute faster than runner-up Taylor Pangburn of Grand Ledge and beat her previous personal record by 34 seconds.

“To be able to finish that far ahead of some competitors that had even beat me in the last cross country season and even at states and things like that, it was very rewarding,” said Delgado, who was voted the latest LSJ high school athlete of the week winners.

“Really, the most rewarding part of that was seeing my change in time and my progression from last year with dropping 34 seconds and getting my personal record. Also going sub-18 was a huge, huge milestone for me − even if it was just by 1 second. Mentally it’s just something. (It’s) like I finally got here and it’s time to celebrate all of the hard work I put in and realized that I’ll keep growing as a runner.”

Delgado followed that strong opening 5K by running the same time while finishing as the runner-up Wednesday at the Shepherd John Bruder Classic.

The strong early season success comes following Delgado’s strong track season where she set school records in the 1,600 and 3,200 meter runs. She was sixth in the 3,200 and 12th in the 1,600 at the Division 1 state track finals.

“She’s smart. She’s dedicated,” Hubbard said. “She’s focused. She’s obviously a really hard worker in anything she does – academics, music, across the board. As far as working with her and her running talent, she’s just not afraid to work hard. She’s not afraid to push herself above anybody else. She runs with the boys.”

Hubbard believes that work ethics showed during her opening 5K when she shattered her personal record while primarily running alone.

“By the mile mark she was entirely alone,” Hubbard said. “That was the cool part about that race was she did that all on her own which was credit to her. It’s hard to push yourself when you’re by yourself. She can go do that. She knows herself and her body so well now that she knows exactly what she’s running

“She’s very in tune with her pace and how her body feels. That’s a huge step for someone of that caliber.”

Delgado achieved one of her early season goals by breaking 18 minutes and setting a new personal record. There’s still more big goals in mind and Delgado hopes to add another school record to her name and exceed East Lansing’s 5K school record of 17:45 at some point this fall.