EAST LANSING, Michigan – 500 East Lansing residents were asked for their opinion on the East Lansing Police Department in March. The results show that African Americans do not feel as safe as others in the community.

Of those 500 polls, 51 were among African American.

Of all 500 residents surveyed, 87 percent said they felt safe in East Lansing, and 71 percent trust the police.

Only 26 percent of black respondents said they trusted the East Lansing Police Department.

There was also a sense of police bias in the broader group, as 56 percent of all respondents said police officers do not treat black people fairly. 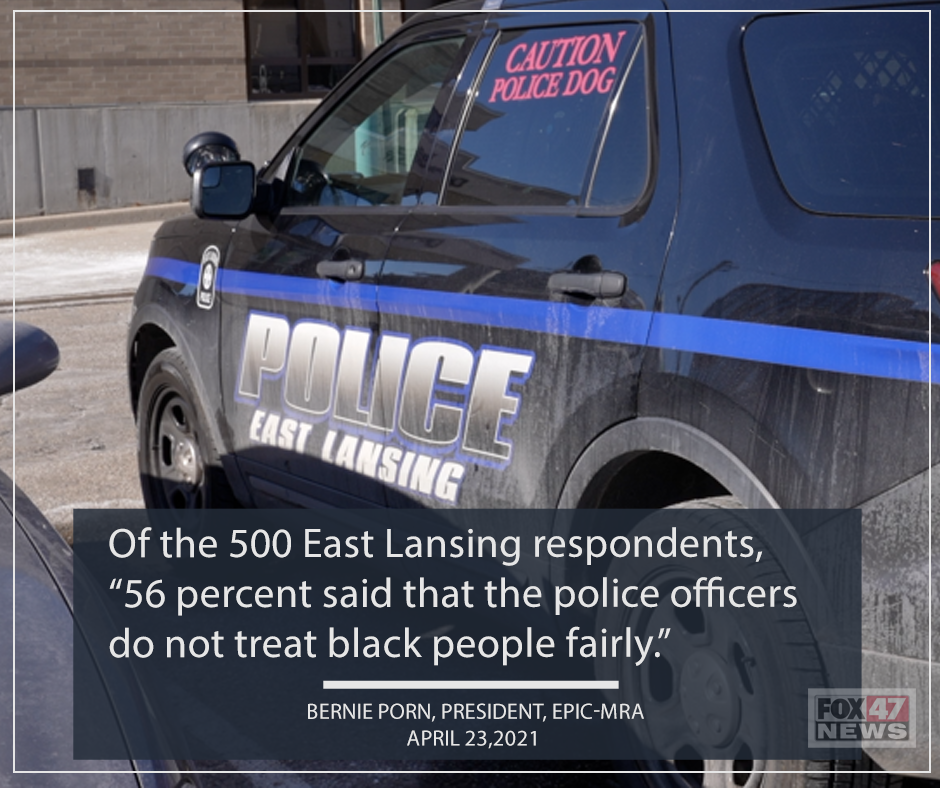 The department was scrutinized last year after two excessive violence complaints. None of the complaints resulted in charges.

Deputy Police Chief Steve Gonzalez said this poll tells the police department what to work on.

“Understanding that there are people in our community who just don’t trust the police is very informative for us and allows us to develop strategies to build that trust and keep it going in the future,” said Gonzalez.

Gonzalez said he hopes for improvements if the survey is repeated in the future as they focus on building that trust through community police.

“Whether they are residents, temporary residents, business owners, visitors to the city or just traveling around the city,” Gonzalez said. “We have to build a high level of trust with all of these people.”

The Police Reform Commission will continue to meet to improve the relationship between the community and the police.

Zingerman is hiring. See which jobs are open