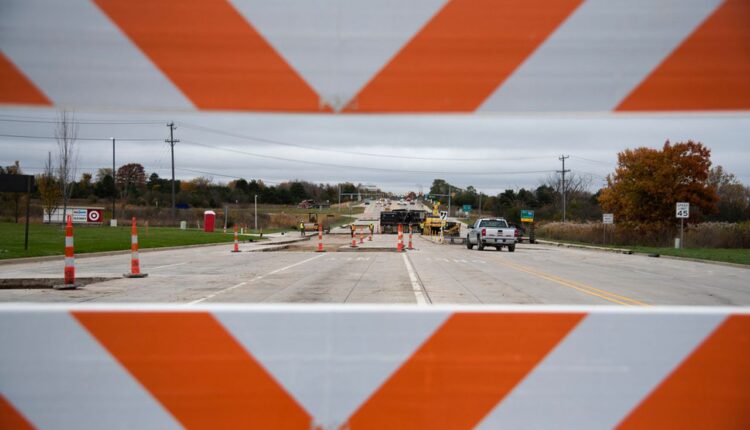 According to city engineer Nick Hutchison, it will cost $ 16.5 million to build. The water and rainwater works, also planned for 2021, are expected to cost the city $ 7.1 million.

Residents can sign up for email or text notifications at www.a2gov.org/roads as construction work is causing road closures.

All projects are listed online at www.a2gov.org/roadconstruction.

The projects generally involve removing and replacing some or all of the existing asphalt or concrete pavement. They can include repairs to curbs and gutters, repairs or replacements of drainage and other utility structures, replacing sidewalk ramps to achieve ADA compliance, new pavement markings, and other restorations. The project duration ranges from one month to several months, depending on the work.

• Eddy Street from Verle Avenue to the south end

• Verle Avenue from the west end to Platt Road

Projects include removing and replacing only the top portion of the existing asphalt paving. Preventive maintenance includes minor repairs to curbs and gutters and drainage or utility structures, replacing sidewalk ramps to achieve ADA compliance, and new pavement markings.

Projects can also include surface protection treatments such as micro surface and cape sealing or crack filling and sealing. The duration of the work is usually less than a month and can range from one or two days to a few weeks, depending on the work.

• Baldwin Place from Baldwin Avenue to the east end

• Edgewood Place from West Hoover Avenue to the north end

• Lincolnshire Lane from Warrington Drive to the southeast end

• Provincetown Court from Lowell Road to the southwest end

• Salisbury Lane from the southwest end to the southeast end

The projects include the construction of new sidewalks or the renewal of existing asphalt paths as well as earthworks. The crews remove and replace some or all of the existing asphalt paving before placing a new sidewalk. In some cases, projects include new or replacement sidewalk ramps to achieve or maintain ADA compliance, officials said. Urban engineers estimate that these projects will last anywhere from a week to several weeks, depending on the work.

• Barton Drive: north side between Pontiac Trail and Brede Place

• Boardwalk Drive: East side between East Eisenhower Parkway and Oakbrook Drive from addresses 2875-2775

• Fuller Court: South side of UM property near Fuller Road, east to 2250

• Yost Boulevard and Eli Drive: east and north sides in front of the Forestbrooke Athletic Club

• Packard Street: north side of Colony Road through the facade of Buhr Park

• Packard Street: South side from Woodmanor Court to Platt Road

Is downtown Ann Arbor ready for a post-pandemic comeback?