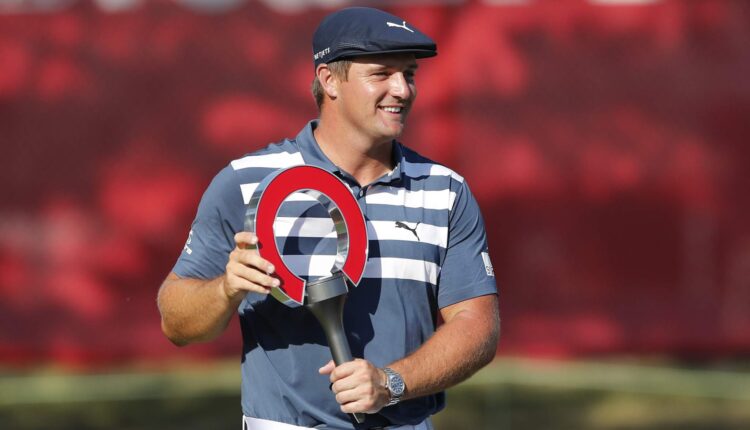 The Rocket Mortgage Classic made its PGA Tour debut in 2019 and won the first Fair Way Award for Diversity and Inclusion by relying on minority providers at the Detroit Golf Club and having a volunteer base that reflected the community.

It turned out that this was just the beginning.

The tournament starts at the end of June with “The John Shippen”, a four-day event. It starts with a 36-hole tournament for the best black golfers who can get an exception from the Rocket Mortgage Classic and the Dow Great Lakes Bay Invitational on the LPGA Tour.

It ends with a two-day sports business summit offering paid internships and scholarships for color students.

“Golf is a billion dollar industry that lacks diversity,” said Jason Longwell, executive director of Rocket Mortgage Classic. “We are building a platform, two events that show themselves at the intersection of diversity, inclusion and golf. Not only are we excited about this, we’re excited to use the event to shed some light on the legacy and great untold story of John Shippen Jr. “

Shippen was the first black man to play at the US Open at Shinnecock Hills in 1896 and the first American-born professional golfer. Shippen, an assistant to Willie Dunn at Shinnecock, was encouraged to play in the second US Open with Oscar Bunn, a club caddy and member of the Shinnecock tribe.

English and Scottish players threatened to boycott if Shippen and Bunn were allowed to play until Theodore Havemeyer, the USGA president, said the championship would be played even if only Shippen and Bunn were played. Shippen tied for the lead after the first day, only to score an 11 on the 13th hole and shoot 81. He finished fifth and got his best result at his US Open appearances.

Shippen later went on to become Head Pro until he retired in 1960.

“The John Shippen aims to remove the barriers that have prevented talented black golfers and aspiring business professionals from pursuing their dreams of playing golf professionally or working in the golf industry,” said Jay Farrar, CEO of Rocket Mortgage.

Bryson DeChambeau is the defending champion at the Rocket Mortgage Classic, which takes place July 1-4 after The John Shippen.

The size of the field has yet to be determined. Longwell said he had a dozen people on a selection committee to find the best blacks, male and female. Regardless of how many players, he said The John Shippen would pay for all related travel and accommodations, another step in removing all obstacles.

The men and women will play the south course at Detroit Golf Club on Sunday June 27 and move to the north course (which will be used for the PGA Tour event) the next day. The male winner is exempt from the Rocket Mortgage Classic this week. The women will play as teams – fours and four balls – because the Dow Great Lakes Bay Invitational is played in the same format. The LPGA Tour takes place July 14-17 at the Midland Country Club in Midland, Michigan.

Chicago-based Intersport worked with Sommer Woods to create the event. Woods is the co-founder of Woods and Watts Effect, which specializes in diversity and inclusion. Woods is also vice chairman for volunteers at the Rocket Mortgage Classic.

“This event can change the world, starting with the world of golf,” said Woods.

Longwell said Rocket Mortgage is a presentation sponsor of The John Shippen, which wants six national sponsors. One of them is Trion Solutions, a professional minority-owned employer company.

The John Shippen is the latest in a year full of impetus for minority participation.

The PGA Tour has made its TPC network available for the Advocates Pro Golf Association Tour, with the Farmers Insurance Open offering a seat for an APGA player. The Genesis Invitational on the Riviera offers a minority player an exception on behalf of Charlie Sifford.

Longwell is equally excited about the business summit, which is practically being held due to the COVID-19 pandemic. Schoolchildren and students are free to find out about career opportunities and apply for internships and scholarships.

The entire event will be part of a one-hour special on CBS that leads to the finals of the Rocket Mortgage Classic.