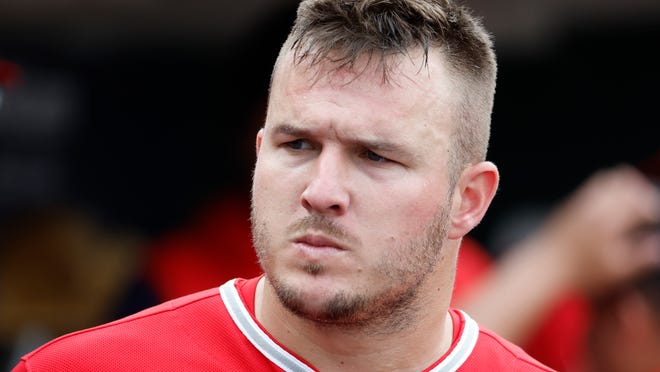 As a result, the Tigers scratched out a win.

They beat the Angels, 4-3, in front of 23,581 fans in the second of three games at Comerica Park. The series is tied ahead of Sunday’s matchup between two-way superstar Shohei Ohtani and righty Eduardo Rodriguez.

The Tigers (46-76) picked up their 10th win since July 9 — a span of 39 games. In their latest victory, the offense showed signs of life: 11 hits, three walks, only five strikeouts and a 4-for-11 mark with runners in scoring position.

Those results were just enough.

“It was raining, it wasn’t raining,” catcher Tucker Barnhart said. “It was hot, it wasn’t hot. It was sunny, it was cloudy. It was all the things today. Just one of those games where you had to grind it out. I’m glad we got one more than they did .”

BACK IN THE D:Psychologist, family time, travel issues: Eduardo Rodriguez’s road back to Tigers

STRENGTH ON THE MOOUND:Tigers’ starting pitchers have been AL’s best recently. A good sign for the future?

Left-hander Tyler Alexander, firmly entrenched in the rotation amid injuries to other starters, walked off the mound and shook manager AJ Hinch’s hand following the top of the sixth inning. He allowed three runs on seven hits and one walk with two strikeouts over six frames.

“I liked the way I finished after the way it started,” Alexander said. “In the first three innings, I couldn’t get the ball in. I was leaving it out over (the plate). I was getting it up like I wanted, but a lot of those hits I gave up were out over the plate .

“I don’t think I changed anything mechanically from the first three to the last three. I just started executing pitches a little bit better. Maybe mentally, something changed and that changed something physical. I just started pitching more like how I can. “

Right-handers Alex Lange and Joe Jiménez pitched scoreless seventh and eighth innings, respectively. Left-handed closer Gregory Soto worked around a one-out walk in the ninth for his 23rd save.

“It’s kind of what we do,” Hinch said. “The bullpen has been terrific. Our starters have been terrific recently. There’s a general expectation that we’re going to win when we have the lead and put our bullpen in. … We feel good about the guys we put in. That’s a comfortable feeling for me and our team, that we have a path to a win when we do scratch back and get the lead.”

The Tigers grabbed their 5-4 lead in the fifth inning while chasing Detmers. Jeimer Candelario (walk) and Kody Clemens (single) reached with one out and forced the Angels into a pitching change.

Barria struck out Tucker Barnhart on three pitches, but Victor Reyes saved the inning with a go-ahead RBI single on a slider. Reyes hit the ball back up the middle — as the Tigers had runners in scoring position — to score Candelario.

Detmers gave up four runs on 10 hits and two walks with three strikeouts over 4⅓ innings. He threw 54 of 81 pitches for strikes.

Before the 5th inning

As the Tigers scored twice in the second and once in the third, the Angels countered with one run each in the first, second and third innings. Ohtani, on the second pitch of the game, hammered his 18th double this season.

An RBI single from Luis Rengifo put Los Angeles ahead 1-0.

In the second, Alexander lost a nine-pitch battle against Andrew Velazquez. There were two outs, and Velazquez belted the fourth consecutive four-seam fastball from Alexander for a solo home run and 2-0 lead.

The Tigers countered in the bottom of the second, thanks to Harold Castro opening the inning with a leadoff double to the right-field wall. He scored on Jonathan Schoop’s one-out double to right-center for Detroit’s first run.

Castro has 18 doubles this season; Schoop has 20.

The next batter, Barnhart, singled on a line drive to right fielder Taylor Ward. Third base coach Ramon Santiago tried to score Schoop from second base, but as the throw from Ward was caught by catcher Max Stassi, Schoop realized he had no chance of winning the race to the plate. He was called out for leaving the baseline.

Schoop exited the game with an ankle sprain and is considered day-to-day.

The second inning continued with back-to-back singles from Reyes and Riley Greene to load the bases. Detmers walked Willi Castro on six pitches to drive in the Tigers’ second run, which tied the game at two runs.

But Javier Báez popped out on a first-pitch curveball to strand the bases loaded.

“We just grinded out at-bats,” Barnhart said. “There are days like that, especially against a good starting, against a good team, where you’re just going to have to grind.”

The Tigers had five hits and one walk in the second but only managed two runs. In the third, Eric Haase sparked another opportunity with a double to left field. Harold Castro dropped a sacrifice bunt and advanced Haase to the hot corner.

“A little bit of everything today,” Hinch said.