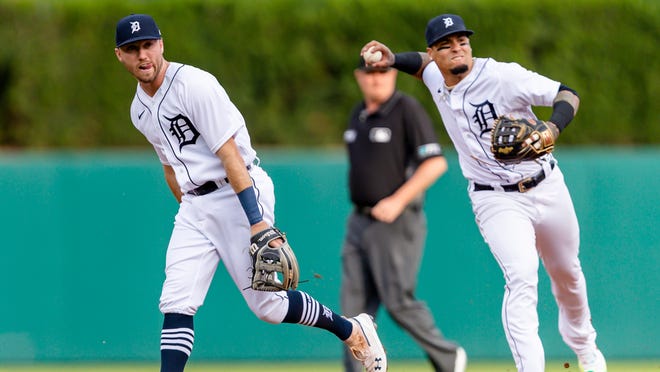 The blows keep coming to the Detroit Tigers pitching staff.

Joey Wentz, in the middle of his second career start, left the game with an apparent injury with no outs in the fifth inning.

The left-handed pitcher was facing Trevor Larnach to lead off the inning, threw a cutter for a called strike to make the count 2-2 and immediately his infielders signaled to the dugout to have trainer Doug Teter and manager AJ Hinch come look at him .

After a short discussion, Wentz left the field and was replaced by Willy Peralta.

Wentz was called up as the extra man on the roster and started the second game of Tuesday’s day-night doubleheader.

It’s another blow to the Tigers rotation that is already missing Eduardo Perez, Casey Mize, Matt Manning Michael Pineda and Tyler Alexander from the rotation.

Not to mention Spencer Turnbull, who is still recovering from Tommy John surgery.

Wentz, who struggled mightily in his MLB debut vs. Oakland earlier this month, allowed just one hit through four innings, retiring 12 of 13 batters with just 51 pitches (34 strikes) including four strikeouts with six swings and misses.