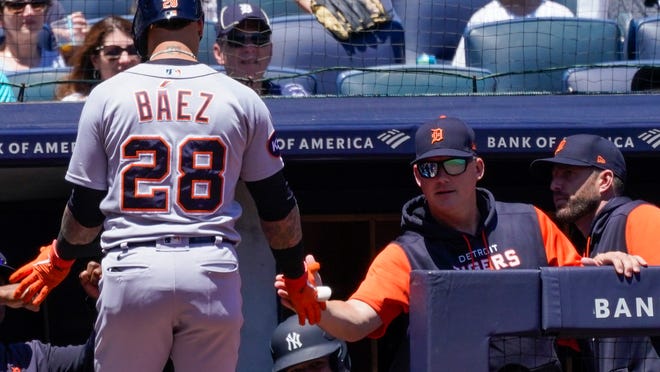 The severity of his injury is unclear.

Candelario, 28, hurts his shoulder while playing defense. He lunged for a grounder — hit with an 80.3 mph exit velocity — down the third-base line from Josh Donaldson.

The ball deflected off Candelario and rolled into foul territory.

Shortstop Javier Báez ran into foul territory to retrieve the ball as Donaldson easily doubled. Candelario stayed on the ground, even after he was met by athletic trainer Doug Teter and manager AJ Hinch.

Once Candelario stood, he spoke with Teter and Hinch before walking off the field. Utility player Harold Castro replaced Candelario at third base, batting sixth in the Tigers’ lineup.

Candelario is hitting .181 with six doubles, two triples, five home runs, 17 RBIs, 11 walks and 47 strikeouts in 52 games this season, to go with a .237 on-base percentage. His homer totally is tied with second baseman Jonathan Schoop for the team lead.