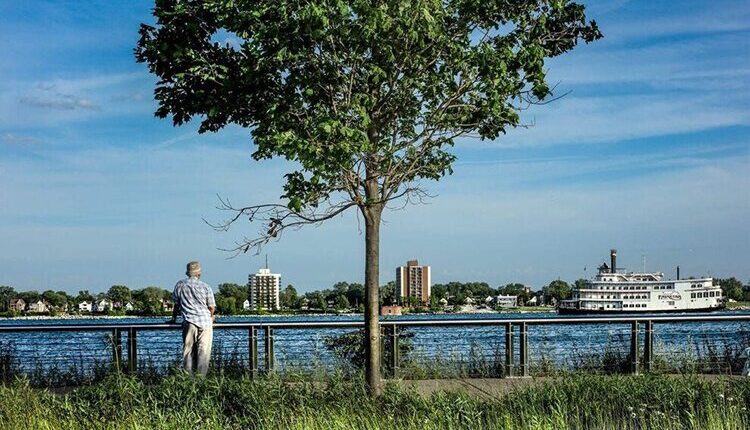 “The Detroit Riverfront is a very special place for our city and we are honored to receive this recognition,” said Matt Cullen, chairman of the board of directors of the Detroit Riverfront Conservancy, in a press release. “We have a huge year ahead of us and we will raise the bar when we finish the East Riverfront and move west.”

In recent years, the riverfront has seen dramatic changes with the renovation of the former Globe Building for Michigan’s DNR Outdoor Adventure Center (OAC), improvements to spaces like Milliken State Park, and the opening of Robert C. Valade Park. More than 3 million people visit the riverside each year, according to the Detroit Riverfront Conservancy. The non-profit group continues to work on realizing the vision of a RiverWalk with squares, pavilions and green spaces.

“Every great city has a place where the entire community comes together,” said Mark Wallace, president and CEO of the Detroit Riverfront Conservancy, in a statement. “Detroiters love their riverside, and we are incredibly proud to be recognized and celebrated nationally.”

A reinvention of the restaurant is underway in Detroit