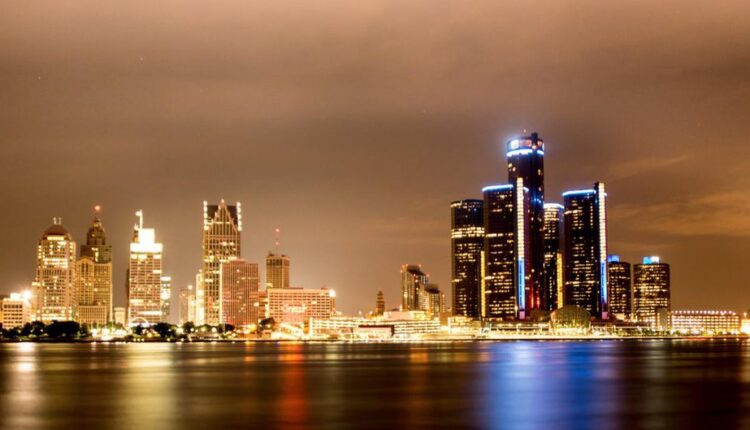 A reinvention of the restaurant is underway in Detroit

These aspirations have already been realized. And despite the extraordinary plight of the pandemic, countless new efforts are emerging to reshape the food and restaurant industries, curated by inspiring leaders like Devita Davison, Executive Director of FoodLab Detroit. I wish this interview could go away – readers could hear the wisdom, passion, and commitment in Devita’s voice. We are fortunate that people like their driving systems are changing alongside their community.

Devita Davison: We are an incubator / accelerator / think tank serving to support and scale food business owners, bakers and cooks in creating radical business models. FoodLab provides space, space and support to our entrepreneurs and surrounds them with a community that enables them to experiment. Their models incorporate the triple bottom line accounting method, which measures at the interface of people, planets and profit. We are inspired by those who put these principles into practice – B Corporations in particular.

Fries: Can you give us examples of chefs and diners who support you and how they are transforming food systems?

Davison: I love all of our people. One inspiration is April Anderson, an African American pastry chef. Her store, Good Cakes and Bakes, is on the famous, historic Avenue of Fashion. April 2013 started her bakery out of a basement of the church. Fast forward: Even in the midst of a pandemic, it is well on its way to hitting the million dollar mark this year. That speaks for endurance, resilience and brilliance. When you think of communities with an over-representation of black and brown bodies, you don’t always think of abundance. Many people refer to these communities – often with no access to fresh, healthy, affordable and high quality food – as food deserts. At FoodLab, we don’t call them deserts as if they were a natural occurrence. We recognize this as food apartheid. It’s brave to open a fully organic vegan options store in April – not just as a black woman, but as part of the LGBTQI community. During the pandemic, April revitalized and redesigned her entire bakery, expanding her kitchen in addition to her shipping and catering skills, and hiring and training more chefs. When we talk about radical business models at the intersection of people, planets and profitability, April is a living, breathing example.

The second person I want to pick up is Ji Hye Kim. She is the cook and owner of Miss Kim, a Korean restaurant that is part of the Zingerman Community of Businesses. Zingerman’s is known for its commitment to the community, quality and wellbeing of its employees. One thing I love about Ji Hye is the care with which she has put the needs of her employees first. It was one of the first Ann Arbor companies to get rid of tipping. She is also one of the first – with the support of Ari and Paul, the founders of Zingerman – to implement Open Book Finance. These are radical concepts. Ji Hye also works with students from the University of Michigan to make contactless deliveries using robots. This is a rethink. For most of the people in our industry, the current system doesn’t work. How do you break out and start re-imagining yourself? April Anderson and Ji Hye Kim are two good examples.

Fries: You just published Find our voice, Co-author of FoodLab Fellows. What do you want to communicate through this?

Davison: This is a clarification call. We wanted to remember what has happened in our industry over the past 12 months. When the pandemic broke out, we were all in the same boat. It didn’t matter how many awards or Michelin stars you had, or how many times you were written in food and wine. Everyone switched off. And for the first time I saw chefs from all over the country starting to organize. In places like Tennessee, Detroit, New York, Chicago, and San Francisco, on-call cooks came together to solve problems. We started seeing efforts like the Independent Restaurant Coalition. Cooks and restaurateurs began to get involved on Capitol Hill. Independent, locally owned restaurant owners found how we can speak for ourselves and amplify our voices together.

Finding our voice is a call to action when we get out of this pandemic – and we will – so we don’t go back to normal. There are still real problems that we have to solve in our industry. Just as we found our voice to stand up for the owner class, we need to find our voice to stand up for farmers, servers and home workers. Can you imagine chefs being as passionate and organized as we are paying workers a fair minimum wage? Or how do we reduce misogyny and discrimination in our kitchen?

French fries: What do you hope the pandemic will do for your industry?

Davison: If this pandemic didn’t do anything else, it has exposed the rotten core of the restaurant and food industry. The dirty little secret is labor exploitation along the entire supply chain, from the farmer to the beautiful tomato or strawberry you consume. So this pandemic should have shown us our responsibility to pay a living wage. These workers were now seen as indispensable, but in some places they are still making $ 7.25 an hour. I look forward to continuing the $ 15 battle supported by the likes of Restaurants Opportunity Centers. We’re not talking about $ 15 an hour tomorrow. We are talking about a gradual increase over five years. I would like this debate to include real-life examples from diners, chefs and food business owners who are already showing what it is like to value workers and their work. And in a broader sense, I enjoy real conversations about how we’re changing the entire restaurant industry. It’s not about putting a single person on a platform. It’s about content-related system changes. I am encouraged when reading Alicia Kennedy’s newsletter or The Restaurant Manifesto. So much has been revealed in this pandemic. We can’t let go of that.

French fries: What structural obstacles do your entrepreneurs face?

Davison: I’ve found that many people equate the success of their business with their own success. If my business is a failure, I am a failure. So people suffer in silence. They don’t want you to know if they have no cash flow or three months in savings. Many people don’t even go to the bank to ask for a loan. They think they won’t get it. Some people still experience the trauma of parent and grandparent exploitation through predatory loans. But the pandemic has torn the pavement off and shown something important: it’s not just you as an individual. This thing is systemic. Correcting the errors requires a new guideline – so we need to organize ourselves further. The other important piece is access to capital. We’re testing FoodLab Chicago 2.0 in partnership with the Greater Chatham Initiative and the South Shore Chamber of Commerce, connecting a cohort of black-owned companies on the South Side of Chicago with banks, community development financial institutions, and other lenders. Through these ties, the entrepreneurs secured $ 1.75 million in PPP funding in 2020.

Fries: You shared a vision for Detroit to come up with ideas for reinventing 21st Century society that uses technology for justice and justice. Are you telling us about it?

Davison: It is a pleasure to be in a place with so much history. I remember the stories of my mother and father who fled the racial terror in Jim Crow South as part of the Great Migration. When my parents arrived in Detroit, they had never seen anything like it: the department stores, the beautiful houses. When I was growing up in the 1970s, I didn’t know what life was like in this bubble of black excellence and community – piano lessons, ice rink, choir practice; Meetings in the summer on the veranda with billows of smoke from grill ribs on July 4th.

Detroit rose from a population of nearly 2 million to a population of under 700,000. This is in my life. One of the richest cities became one of the poorest black cities in the country. I am in awe of the Detroiters who stayed. When there were no street lights, they refused to go. When every single regional grocery store in Detroit closed, they refused to leave. I take inspiration from the elders who saw this as an opportunity to rely on the farming skills of the south. Empty Lot by Empty Lot, Backyard by Backyard, Abandoned House by Abandoned House, Detroit Cultivated. We now have over 1,600 farms and gardens that grow hundreds of thousands of tons of fresh produce every year.

Imagine the radical imagination and creativity that this requires. I want to live in a city that loves its children and honors its elders. FoodLab Detroit supports those who use stores for this purpose. In doing so, I get to know some of the best chefs and bakers – diverse, caring, gentle, radical, hardcore, passionate people who use their business model as a driving force.

This interview is part of a series on how technology and innovation are changing food and ecological systems – and how to do it right for people and the planet. The conversation has been edited for the sake of clarity and length.