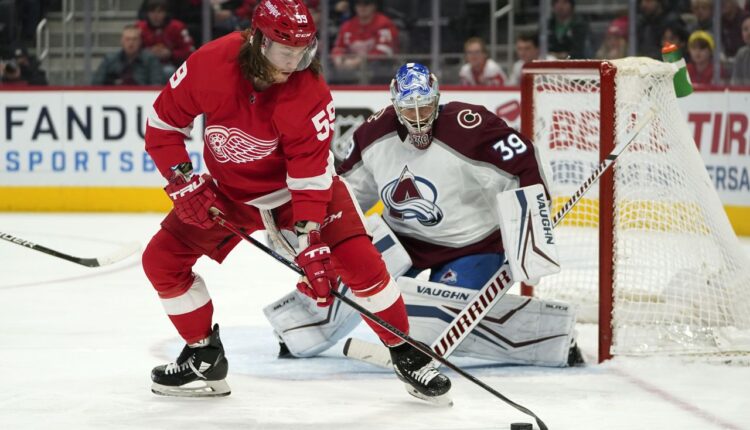 The Detroit Red Wings will be trying to avoid their first losing streak in exactly one month when they host the Toronto Maple Leafs on Saturday. Detroit has not dropped two consecutive games since it lost three in a row from January 21-26. Unfortunately for the Red Wings, alternating wins and losses – which is basically what they have done over the past four weeks – is not going to cut it if they want to make an improbable push for a wild-card spot in the playoffs. Speaking of the playoffs, Toronto will almost certainly do no worse than snag one of the Eastern Conference wild cards and it is still in contention for the Atlantic Division title.

Let’s take a look at our best bets for this Atlantic showdown between the Wings and Leafs.

In this Original Six matchup, Toronto has been the far superior side throughout the season. Although the Maple Leafs have not been in great form coming out of the all-star break, a 3-1 win on Thursday over a Minnesota team that is in fourth place in the Western Conference should do a lot from a confidence perspective. Auston Matthews has been on a tear of late, to the extent that his pair of goals on Thursday propelled him into the league lead with 36 on the season. Matthews has lit the lamp 12 times in the last 12 contests to go along with 13 assists in the last 14.

It’s hard to see Detroit getting the puck past Toronto goalie Jack Campbell enough times to keep up on Saturday, because “enough” may have to be something like four or five goals. In fact, the Red Wings might even need more than that. These two clubs faced each other on January 29 and the Leafs rolled to a 7-5 victory.

There is not a whole lot of value on a lofty -205 money line, so we suggest backing Toronto on the -1.5 puck line because a win by multiple goals pays out at +125.

Toronto’s lineup is quite simply loaded with stars in a way that Detroit probably can’t contain them for three periods – and maybe not even for one. That was just proven in last month’s contest. The Red Wings have failed to deal with other top offenses in recent weeks, as well. They surrendered five goals to Colorado on Wednesday and seven against Minnesota on February 14. The Leafs have five guys with at least 43 points, including Matthews with 64 and both Mitch Marner and John Tavares coming in at 48. Another long day at the office for the Wings’ blue line can be anticipated.

If there is any good news for the home team, it’s that Toronto allowed 15 goals in its three games prior to beating Minnesota. Although Campbell’s overall numbers in 2021-22 are stellar, he has given up nine goals in his last two starts and he has surrendered at least four goals in four of his last six. This has all the makings of a fast-paced, high-scoring battle.

If you or a loved one has questions or needs to talk to a professional about gambling, call 1-800-GAMBLER or visit 1800gambler.net for more information.