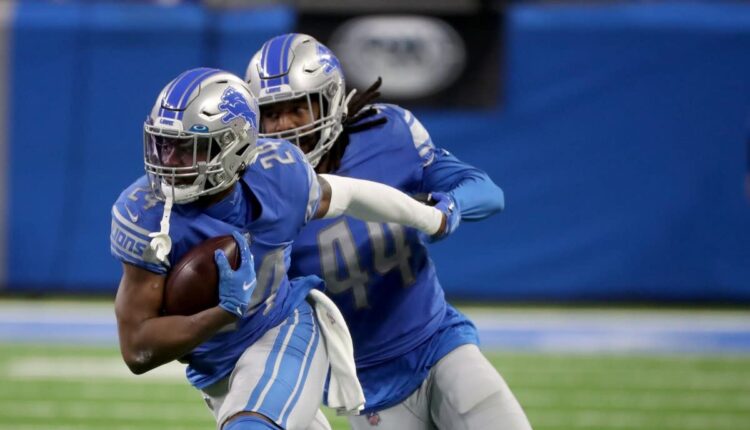 The 12th in a series of articles from NFC North FanNation team reporters explores what an NFC North All-Defense team would look like.

Gary proved the Packers right for picking him at No. 12 overall in 2019. Last season, he had 9.5 sacks but ranked second in pressures and pass-rush win rate and third in pass-rushing productivity at Pro Football Focus. Gary is so big and explosive. There isn’t a bit of finesse to his game. The key will be turning more of those 81 pressures into sacks.

Tomlinson was the Vikings’ big free agent splash in 2021 after turning into a major contributor with the Giants. He’s not a spectacular player or a particularly prolific pass rusher, but he does the dirty work of plugging holes in the run game and taking on double teams so his teammates can make plays. Tomlinson is a key piece of the Vikings’ front.

A Pro Bowler in 2019 and 2021, Clark is one of the few NFL defensive linemen capable of dominating a game on first down as well as third down. While he had only four sacks, he ranked fourth among interior defensive linemen with 67 pressures, according to PFF. Drafted in the first round in 2016, he is only 26. The Packers have some rookies who are 26.

By recording 18.5 sacks last year and in the process, breaking Richard Dent’s single-season franchise record, Quinn erased memories of his two-sack 2020 season. Quinn has 101 career sacks, and has forced 32 career fumbles, including seven with the Bears. Now 32, he is playing in a 4-3 scheme, where he has been most effective throughout his career.

Hunter may well have been an unanimous choice for this team if he had stayed healthy over the last two seasons. Once the youngest player in NFL history to reach 50 career sacks, Hunter has missed 25 of 33 games since 2020 due to separate major injuries. He’s back healthy this year and will look to remind the world what he’s capable of.

Smith has joined elite company, as he and Pro Football Hall of Fame linebacker Ray Lewis are the only two at the position ever to make 300-plus tackles and 30-plus tackles for loss in consecutive seasons. Smith has 302 career tackles, including 30 for loss. Although he hasn’t made a Pro Bowl, Smith has been second-team All-Pro two straight years, and now plays weak-side linebacker.

In 2021, the first several waves of free agency had come and gone. Finally, during the June minicamp, the Packers signed Campbell to a one-year deal worth merely $2 million. The reward? An All-Pro season—the first by a Packers off-the-ball linebacker since Hall of Famer Ray Nitschke. He was the only linebacker in the NFL with 100-plus tackles and at least two sacks, two forced fumbles and two interceptions.

Alexander earned All-Pro honors in 2020 but missed most of last season with a shoulder injury. The Packers recently made him the highest-paid cornerback in NFL history. And for good reason. Alexander gave up completion rates of 48.5 percent in 2019, 42.3 percent in 2020 and 46.7 percent during his injury-shortened 2021, according to Sports Info Solutions.

The talented defensive back has cemented himself as one of Detroit’s best players on defense. The expectation from the coaching staff is now for Oruwariye to evolve into a shutdown cornerback. With Jeff Okudah being a huge question mark, Detroit can count on Oruwariye as its No. 1 cornerback.

What a year for Douglas. He wasn’t re-signed by the Panthers in free agency, was released by the Raiders and Texans in training camp, and had to settle for a spot on the Cardinals’ practice squad. That’s where the Packers found a real X-factor. In 12 games, he tied for fourth with five interceptions – including two pick sixes and ranked no. 1 in passer rating allowed, according to PFF.

The first rookie to start at cornerback on opening day for the Bears since 1996, Johnson’s 24 career pass defenses are the most for any NFC North player over the past two seasons. Johnson was given the task of covering a team’s top receiver all over the field last year. And, he gave up a completion 58 percent of the time when targeted last year, according to Sportradar.

Smith’s game has aged quite well, in large part because of his instincts and intelligence. The 2012 first-rounder has been one of the best safeties in the league for a decade now, and a few more strong seasons could help his case for Canton. It’ll be fun to watch the Vikings’ longest-tenured player play alongside talented rookie Lewis Cine in the secondary this year.

Amos is one of the most underrated players in the NFL. Perhaps that’s due to a lack of big plays. He has four consecutive seasons of two interceptions. A big thing at safety is preventing big plays, and that’s where Amos is incredible. He’s in the right place at the right time every time, and he’s one of the best open-field tacklers in the business.

A bright spot from last season, Fox has quickly burst on to the scene with his booming leg. Detroit’s special teams unit is well coached, as special teams coordinator Dave Fipp has maximized the potential of the players on the roster. Nobody likes having to punt, but having Fox gives the defense hopes of being able to pin opponents deep in their own zone and with high frequency.