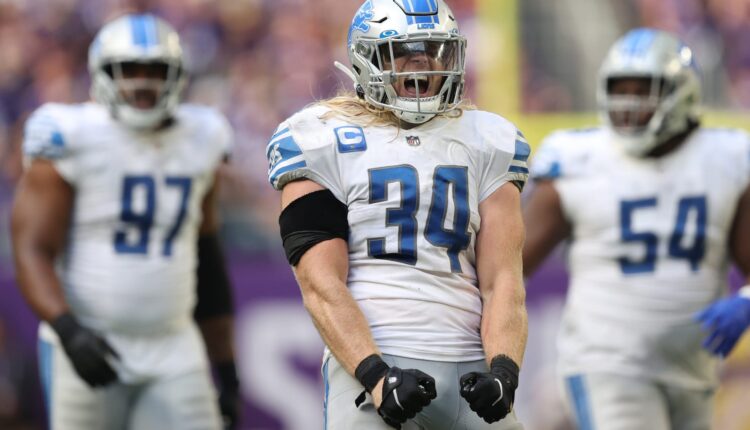 Linebacker still looks like a weak area for the Detroit Lions, and it has been assessed as such.

The Detroit Lions had a bad, and at times feeble or downright dreadful, run defense last season. Some of that can be chalked up to a defensive line that didn’t generate much push in the middle, but the linebacking corp was just as culpable in the league’s 28th-ranked run defense (135.1 yards per game.

As was the case with the entire plan from general manager Brad Holmes again this offseason (not that there’s anything wrong with that, per se) the Lions added depth (Chris Board, Jarrad Davis) more than name-brand impact at linebacker in free agency . In the draft, while he looked to be a keeper who could make an immediate push for a big role, Malcolm Rodriguez was a sixth-round pick. A prominent piece of the equation last year, Jalen Reeves-Maybin, signed with the Houston Texans as a free agent.

Pro Football Focus has ranked all 32 linebacking units in the NFL heading toward the 2022 season. The Lions are of course not ranked highly, at No. 28, but it didn’t take many words for writer Seth Galina to offer a blunt, accurate assessment of the Detroit linebacking corps.

Alex Anzalone and Chris Board are two depth players who start for the Lions. Anzalone has always shown promise but is probably better coming off the bench, especially after finishing with a bottom-10 overall grade among 94 qualifying linebackers in 2021.

Anzalone is locked into a starting job, unless he’s unseated by Rodriguez?, for better or worse. Not that it has to remain that way all season, if the rookie out of Oklahoma State proves himself worthy.

Board saw some work as a starter during OTAs, so he’s tentatively projected as the other starter at linebacker for the Lions right now. Derrick Barnes or Davis could make a push there, Barnes more than Davis, with Shaun Dion Hamilton and Josh Woods leading the pack of unremarkable remaining depth.

All in the all, even with the potential of Rodriguez, Barnes and to some degree Board to lean into, linebacker remains the weakest spot on the Lions’ roster any way you look at it.