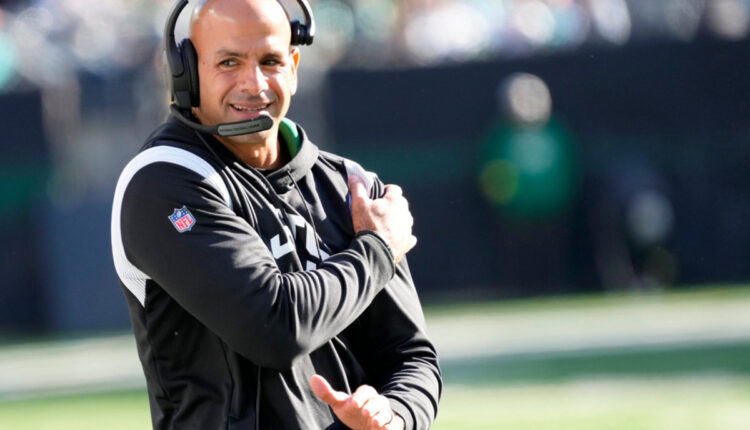 The New York Giants and New York Jets are proving that rebuilds do not necessarily take 3-4 years to produce instant results.

The Jets moved their record to 4-2 on the 2022 season by defeating the Packers, 27-10, at Lambeau Field, while the Giants have been the talk of the league through the first six weeks of the season.

New head coach Brian Daboll has stepped in and quickly had success, as the Giants sit at 5-1 after defeating the Ravens, 24-20.

The Detroit Lions have four wins total through 22 games with Dan Campbell at the helm, while Jets head coach Robert Saleh has instilled a solid defensive mindset with an extremely young roster.

Saleh has earned four wins this season, his second at the helm in New York.

“We feel like our D-line matches up, as far as an advantage standpoint, vs. anybody,” Saleh said after defeating the Packers. “Whether that’s cocky or unguided confidence, whatever it is, we love our D-line. We think they’re a rolling ball of butcher’s knives. And there’s a lot of them that can play at a high level.”

Nobody envisioned that Daboll and the Giants would win five of their first six games, especially with the injuries they have suffered on offense.

Lions rookie Aidan Hutchinson has shown flashes and is commanding double teams, but has not made the key, game-changing play early in his career.

Giants rookie Kayvon Thibodeaux has made a couple of impactful plays, including a strip-sack Sunday of Ravens quarterback Lamar Jackson that put the game away in Week 6.

Meanwhile in Detroit, it is back to the drawing board, as the team has taken a collective look at what ails the defense, with the hopes of turning around a unit not performing at the level that is conducive to stacking wins at the NFL level.

On a positive note, the bye week came at the right time for a team that has not shown an ability to remain healthy for a sustained period of time the past couple of seasons.

With an extra first-round draft pick in 2023, Detroit still has an opportunity to stockpile talent on the defensive side of football.

But, with a couple of questionable selections made by general manager Brad Holmes in the second-round, it may be time to take a critical look at why the team has been drafting players coming off significant injuries.

Here is a sample of the reaction of Lions’ fans, who took to social media to express jealousy of the rebuilding efforts of both of the New York teams.